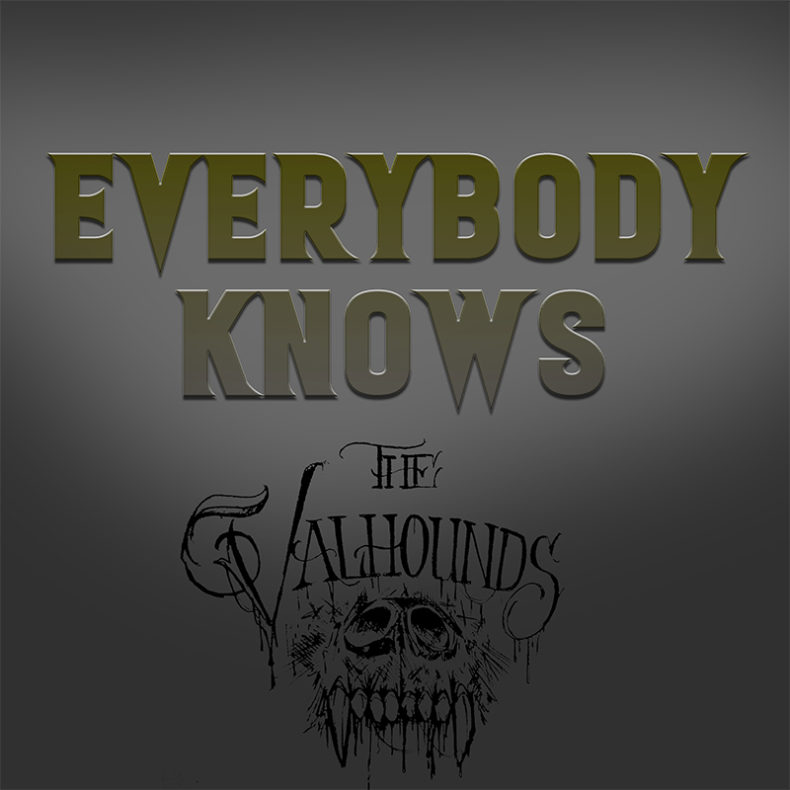 The story The Valhounds is a long and twisted tale, after years of friendship between most of the guys, it took a chance meeting at a local watering hole to find the final piece. A talented lyricist and singer. After becoming fast friends over cheap beer and singalongs to the jukebox, a casual jam was setup to play some cover songs and drink some more beer together. A year and a half later and armed with a slew of original material the band has played sold out rooms, totally empty rooms, tackled two recording sessions and enough drummer changes to rival Spinal Tap. But that’s all part of their rock and roll journey.

Extremes. Full, empty, in or out. And this is a group of seasoned musicians that are all in and on a mission to bring fun, danger and some style back to rock and roll. The man who needs no introduction, Stacy Stray, who has been thrown out of more bars than you’ve stepped foot in throws down heavy riffs and feedback laden solos over thundering grooves from the most sought after rhythm section in town featuring Dave Vasey, Andrew Stewart and Mike Wilkins (bass, drums, guitar, respectively). Lead singer Joseph Langton brings all the attitude and snarl needed to front these raucous hounds, but with swagger, a smirk and enough pop sensibilities to grab any music fans ear.

These hounds are the soundtrack to your Saturday night!