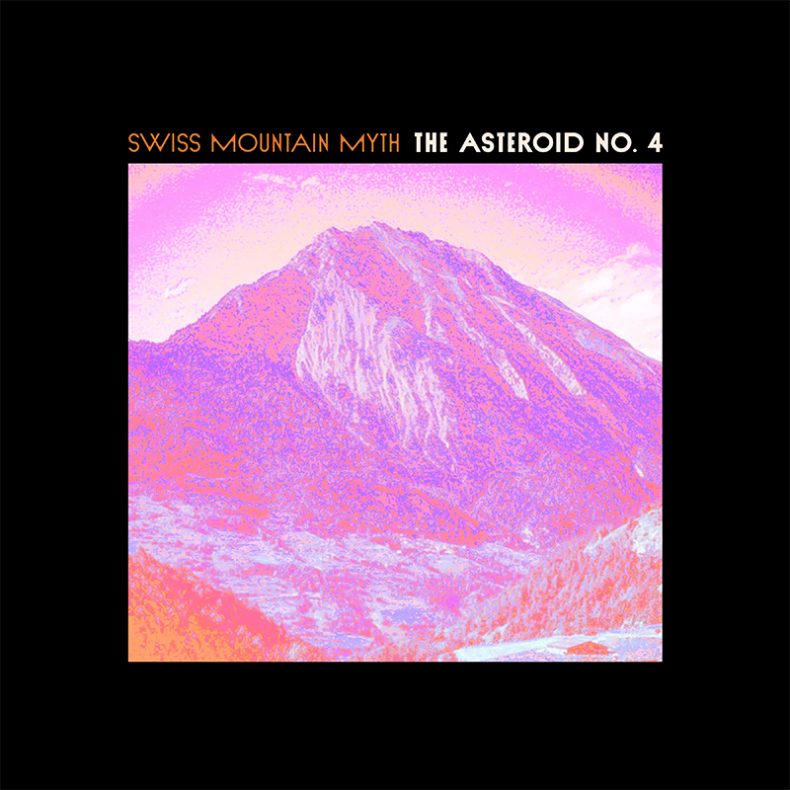 THE ASTEROID NO.4 – “SWISS MOUNTAIN MYTH”

Considered one of the most revered psychedelic rock acts on the West coast music scene today, not to mention North America as a whole, The Asteroid No.4 have churned out two singles already this year in anticipation of their highly anticipated tenth album Northern Songs. Today we have the pleasure of premiering their new single “Swiss Mountain Myth”, which is a trip you don’t want to miss out on.

The full album will be released later this summer via a partnership with UK-based Cardinal Fuzz Records and Portland’s Little Cloud Records. This new single, together with the other offerings found on this record, sees the music stalwarts channel their influences to weave a sonic tapestry with elements of classic 60s rock, classic shoegaze and psychedelic music gods like Spacemen 3. An expansive soundscape with chilled vocals and impactful drone effect, this new single also calls to mind such artists as The Warlocks, Tombstones In Their Eyes, Kyuss and Elephant Stone. This new output was well worth the wait from their Collide LP in 2018.

Now based in the San Francisco Bay Area, The Asteroid No.4 originated in Philadelphia in the latter half of the 1990s and gradually began to relocate westwards in 2011. After several lineup changes, for the last decade, the band has been foundationally comprised of Scott Vitt (vocals, guitar), Eric Harms (guitar), Adam Weaver (drums, vocals) and Matty Rhodes (bass, vocals).

The band explains the background to this song:

“It’s kind of our version of The Shining. We were on tour in Europe a few years back and weeks into it hit some rough weather while driving through the alps in the dark. We ended up staying in a chalet in a small Swiss town just north of the Italian border.  We weren’t really jiving well with our driver the whole tour, he was pretty much a loose canon, having these periodical meltdowns. He also carried around a knife the size of a machete. This song was written while trying to fall asleep in that darkness, nervous he was going to murder us all during the night. Luckily he didn’t but managed to be an asshole the remainder of the tour and thereafter.”

The Asteroid No.4 are known for their prolific discography of reverb-drenched recordings and liquid-projected live performances. With a sound all their own and neo-psychedelic / shoegaze learnings, they are often compared to acts like Spacemen 3 and Paisley Underground kingpins The Rain Parade.

Known as a dynamic live act, The Asteroid No.4 integrate multi-textured guitars and reverb-drenched vocal harmonies over an unwavering rhythm section. Their prolific recording output has earned them a dedicated fan base within the flourishing underground psychedelic scene, with over a dozen compilation appearances, digital-only rarity releases, and multiple singles and EPs.

On this new album, they did all writing, playing, recording, mixing and mastering in their own studio. This is the first time they’ve gone fully DIY since their fourth album An Amazing Dream (2006), where the band finally found their own trademark sound.

Named after Vesta, the brightest asteroid in our solar system, their moniker is an obvious nod to Spacemen 3, one of the band’s main influences. In fact, one of the group’s earliest recordings was a faithful cover of their “Losing Touch with My Mind”. Released via UK label Rocket Girl’s tribute compilation to the 80’s legends, Pete ‘Sonic Boom’ Kember himself named the song as a stand-out track in an interview with Magnet Magazine.

As of July 24, ‘Swiss Mountain Myth’ will be available digitally online, including via Bandcamp and Spotify. The full album Northern Songs will released later this summer.

Also enjoy their previous singles “The After Glow” and “Northern Song”: