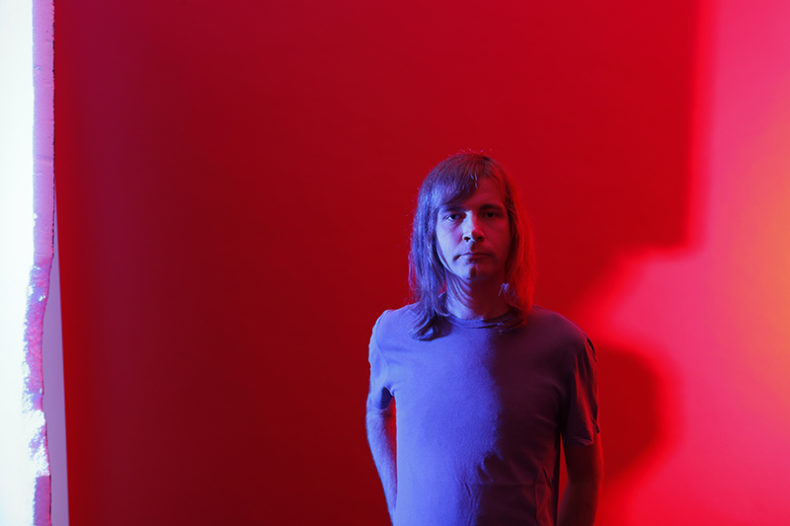 Having been ensconced in the studio working on his new EP Waves Calling, multi-instrumentalist singer-songwriter / producer SANDS is pleased to announce details of a brand new track “Waves Calling” taken from the EP of the same name due this May.

Hailed by Wonderland Magazine as “a perfect mix of shimmering pop vibes and fuzzy rock elements” and described by Clash as “ferociously avant garde”, Andrew Sands details the new EP: “These songs belong to the same bunch. They share the same drive and attitude. Lyrically it is one imagery as well. I can see them in the same spot, playing in the same club. I love the 80’s. From new wave to post punk, to synth pop as well. So many angles that make them resonate with me on different levels. This had a big impact so far I think on me making music Compared to my last release there might be quite a shift sonically and in the mood, but – if that is – I don’t think that’s any important really.  As of now I don’t feel stuck into one sound either. In the end to me it’s how one song comes at you, how you start imagining it, and then what it triggers when it’s about recording it”.

Andrew Sands is a multi-instrumentalist and producer based in Peckham, London. His love for rock’n’roll and new wave, as well as psychedelia and songwriting, all merge into the sonic output he delivers. The new 4-track EP Waves Calling will be available digitally on 18th May 2018.

“This track started as an instrumental, messing around with a bassline that had a nice dark-electro feel that got me grooving. Then playing with a drum machine and more synths I got to a pretty busy loop. After a voice in my head started singing the chorus out of the blue I thought I had to make a song out of it. Lyrically I think this track is quite important to me It sets the overall mood for the EP and sums up the state of mind I was in while making it – as well as my releases so far”.