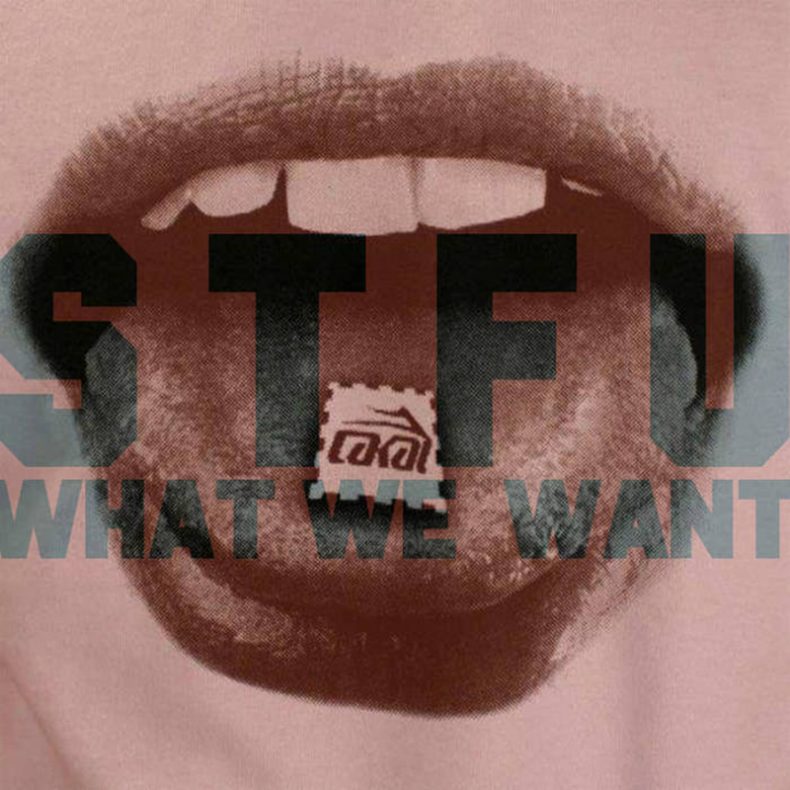 Whenever I hear of several big-name artists collaborating with each other (unless it is David Bowie, Robin Guthrie, Nick Cave or David Sylvian), I begin with a cringe that hopefully gets pleasantly wiped off my face upon hearing the new output. Super groups are usually the big thing that ends up disappointing me, with duets and trios less so, perhaps due to fewer people and ideas involved. Today is one of those days where that cringe has transformed into a smirk.

On July 29, an unknown artist called S T F U drops their debut album. While their band name may not sound familiar, the people who make up this duo are more known and at least one of them is actually a legend in his own time. For this project, Curve frontman Dean Garcia (also from his ongoing project SPC ECO and previously of Eurythmics) has teamed up with vocalist Preston Maddox from a Texas-based shoegaze alternative rock band called Bloody Knives to deliver the “What We Want” LP.

An intriguing juxtaposition weaves wonder throughout this LP, as Preston’s vocals are nonchalant (not the 60s fab French movie version, but the stoned and drone version that fits very well in the psych rock revival scene) against the backdrop of the electronic rock fusion that forms the pillar of this album.

The title track off this release bears the same name of this album. Have a listen here from S T F U’s Bandcamp page. Of the entire album, this song sounds perhaps closest to the original Curve sound, introduced to the world in the early 1990s, at least in terms of the instrumentation.

S T F U is perhaps the best instance to date of a ‘seasoned’ world-class gazer teaming up with a next generation alternative shoegaze musician, both of these artists being ‘the face’ and spine of their respective bands. The output is delectable and dark, yet near trance-inducing for some songs. Lead track ‘What We Want’ is a grade-A, memorable slow burner.

“I first met Dean when I asked him to be on a comp I was putting together when I used to do things like that.  I ended up using a SPC ECO song for it.  Then there was Perry (Pelonero) and the remix, and some other random tracks we did for other projects,” explains Preston Maddox. “We both wanted to work on more stuff but the timing of it didn’t work for a while but when it did I had tracks laying around that deserved a home, Dean sent me some tracks and then I worked on some new songs.  I sent him the bare minimum of everything so that Dean could create something cool and different with it, and I just got out of the way and just let him do his thing and it all came back cool.  Easiest record ever.”

The ‘What We Want’ LP is one of several releases you can expect involving Dean Garcia this summer. Saint Marie Records will be releasing SPC ECO ‘Anomalies’ soon enough too, so hold tight.