Music Premiere
165
previous article
SPILL NEW MUSIC: MILKY CHANCE - "THE GAME"
next article
SPILL FEATURE: MAN CREATES HIS OWN SUFFERING. PEOPLE WHO HAVE MUCH LESS ARE WAY LESS MISERABLE. POSITIVE ATTITUDE IS THE KEY TO EVERYTHING. - A CONVERSATION WITH BIF NAKED 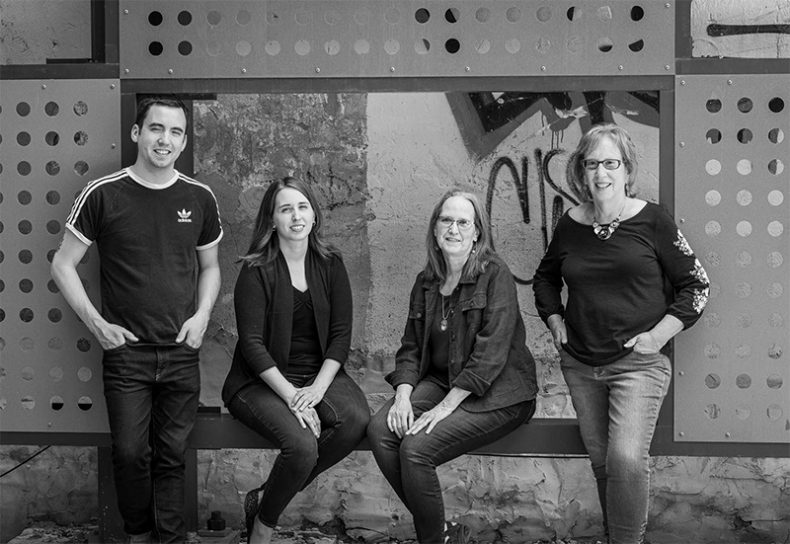 RIVER DRIVERS – “ISN’T IT GRAND BOYS (LOOK AT THE COFFIN)”

With artists like The Pogues, Spirit of The West, Amy MacDonald and Billy Bragg well known to us, it’s great to come across an artist combining Celtic and folk rock elements of these masters in a tasteful manner.

River Drivers is a four-piece whose unique passion-infused style of music draws from Celtic, Americana and Appalachian influences and features powerful and distinctive vocals. Their repertoire strikes a fine balance of original songs and more obscure folk songs, resurrected from deep folk vaults.

On the current single ‘Isn’t It Grand Boys (Look at the Coffin)’, the band’s sound is incredibly reminiscent of The Pogues with Kirsty MacColl on ‘Fairytale of New York’. The subject is dour, but the brute male-female tandem of voices with such vivacious melody is addictive. You can’t just let that go. And just like that song, this one is about lost youth and ruined dreams. River Drivers certainly have an earworm on their hands here.

As we know, the Gaelic are famous for their songs and laments, including some of the most beautiful melodies that could ever be sung. Often about death or a different form of loss, ‘Isn’t It Grand Boys (Look at the Coffin)’ seems to be about both in one full swig, with impactful lines like “look at the coffin with golden handles’ and “isn’t it grand boys to be bloody well dead. And then there is the climactic phrase “always remember – the longer you live, the sooner you bloody well die”. This is the kind of song that makes one proud of Ireland’s unique musical heritage, even if the song actually originated with this Philadelphia-based quartet.

Apart from the artists mentioned above, also finds them somewhere between Altan, Solas, Christy Moore, The Paul McKenna Band, and The Wolfe Tones.

Influenced by the likes of Ewan MacColl, Phil Ochs, Bob Dylan, Christy Moore,Neil Young and dozens of Celtic artists. Indeed, River Drivers’ musical universe is a sum of its parts.

Kevin McCloskey’s passion for songs portraying the plight of working men and women was kindled by a childhood of performing Irish standards with his father, Irish tenor Tommy McCloskey. The intensity he brings to his music was shaped by years with the hardcore punk band Wrong Answer.

Mindy Murray’s works are infused with the music of the mountains and the miners, having witnessed firsthand the struggles of day-to-day life in Appalachia during medical school. Years later, she and daughter Meagan Ratini formed the duo Port Murray. Meagan herself fell into Irish music over many years of mastering instrument after instrument. She became further immersed while helping to run the New Jersey Folk Festival.

Marian’s roots lie in Ardara, County Donegal, an epicenter of Irish traditional music. Whenever she can break away, she steals back to the rugged coastline village to recharge at its nightly sessions and music festivals, eventually bringing River Drivers over to perform.

River Drivers’ long-play Big Oak Road can already be pre-ordered at https://riverdrivers.bandcamp.com/album/big-oak-road. Slated to release on October 18, it will also be available across digital stores and streaming platforms such as Spotify.

Also check out their previous single off this album: