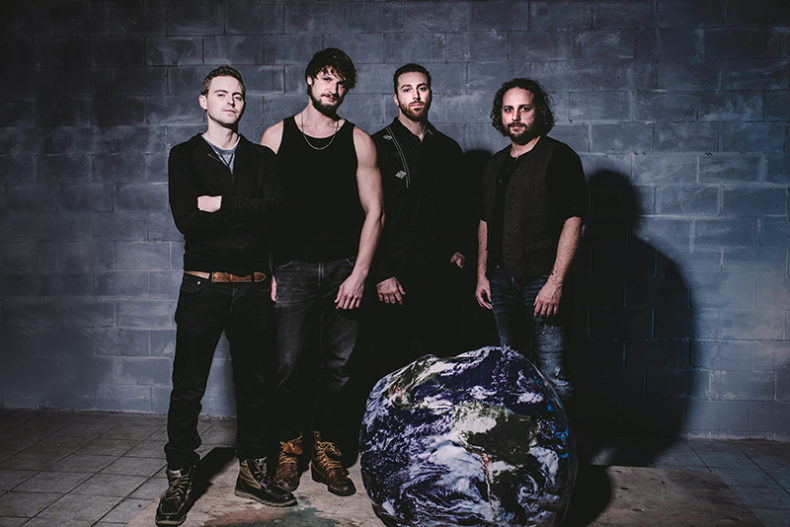 RETURN FOR REFUND – “MY GUN”

In the first single release off their upcoming album, Lift You Up, Return For Refund has partnered with Spill Magazine for the premiere of their “My Gun” lyric video.

Lift You Up releases March 24, 2017, and follows the band’s self-titled debut from 2014, featuring high-energy tracks with raw rock appeal.  By recording the album live-off-the-floor at Phase One Studios in Toronto with the help of producer Michael Jack, the band was able to capture their truly authentic sound, while retaining the power of a live performance.  Lift You Up is a well-executed body of work that the band describes simply as the music they want to hear.

Return for Refund has taken the best aspects of blues, metal, and alternative rock to create their singular sound, and have received significant acclaim for their dynamic live shows. Thanks to their engaging live performances, Return For Refund has been drawing increasingly large crowds, and shows no signs of stopping.  They plan to kick off their tour of Canada with an album release in Toronto on March 25th, and will continue to tour in the UK and Europe in the Fall.

Artist Quote About The Single

“The music for “My Gun” had been with me for a while but the vocals kept stumping me until I had this dream about wandering through a post-apocalyptic wasteland,” explains Drew Clementino Aguiar. “I woke up feeling so sad and the idea of wandering around with a gun through the world that once was, stayed with me for days. Every time I play it, I feel the emptiness of the wasteland and the despair of that dream.”

Artist Quote About The Album

“We wanted this recording to be raw and really reflect what we sound like live,” explains Drew Clementino Aguiar, “That’s why we recorded it live off the floor, the same way the records that make us love music were made. It’s not a happy album. These aren’t feel good tracks. But this isn’t exactly a feel good time in history. We wanted to make a no bullshit, honest album. We couldn’t be happier with how it turned out.”

Return For Refund
Lift You Up
(Independent)
Release Date: March 24, 2017

Pre-Order Lift You Up Via