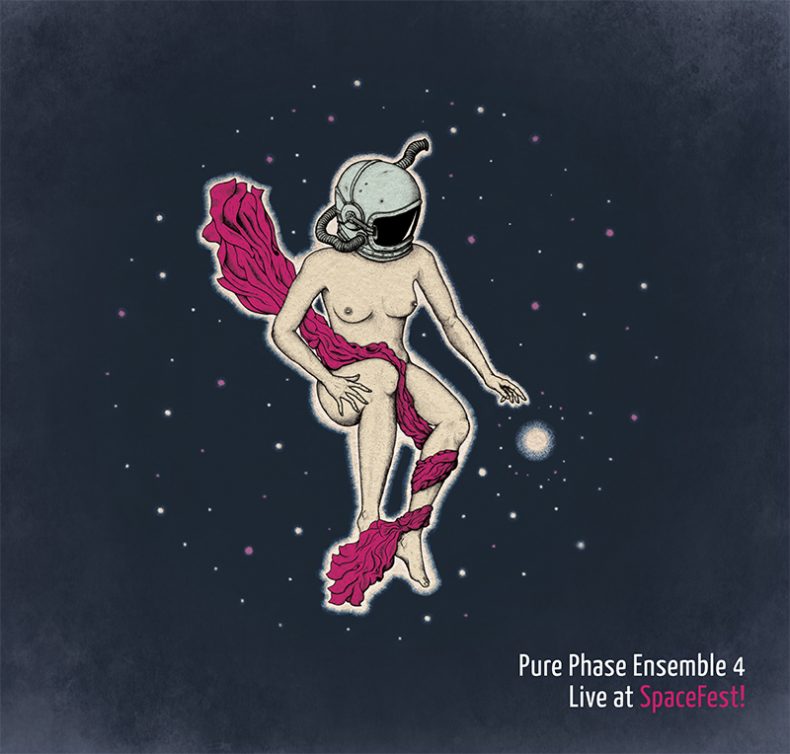 With RIDE being one of the foremost names among shoegaze pioneers and one of the handful of bands to have reunited (or reformed) in the wake of what appears to be a shoegaze revival, its’ surprising that the band’s frontman Mark Gardener has much time for anything else. Yet he does – in addition to mixing and production for a select circle of other artists, he is also engaged in yet another pet project – Pure Phase Ensemble 4.

Born of a mind-bending brainstorming music creating session in the lead-up to SpaceFest, the band has now released a live video for ‘Happy Dancing Woman’, one of the fantastic tracks from the ‘Live at SpaceFest!’ LP that resulted from that week’s intensive session of artistry and collaboration.

Mark Gardener was invited to lead the collective, writing and performing a stunning shoegaze opus, which has since been released as a live record. This album is the first long-play featuring Gardener in his shoegaze space rock glory released since the 1990s.

Today we present you the new video for Pure Phase Ensemble 4 ‘Happy Dancing Woman’. While the original version features on the LP, Canadian-Ukrainian duo Ummagma has created an edit of this song, available on Nasiono Records’ Bandcamp.

Pure Phase Ensemble 4 is the fourth incarnation of PPE, the composition of which changes every year, with the exception of Ray Dickaty (Spiritualized) and Karol Schwarz (KSAS and Nasiono Records). This international music collective, created especially for the SpaceFest festival of shoegaze, space-rock and psychedelia in Gdansk, composes a concert’s worth of music to present at the festival.

It’s timely that this single should be released on the same day that Liverpool Psych Fest announced that Pure Phase Ensemble 4 has been added to the line-up, representing the first time the band has played this music live outside of SpaceFest!