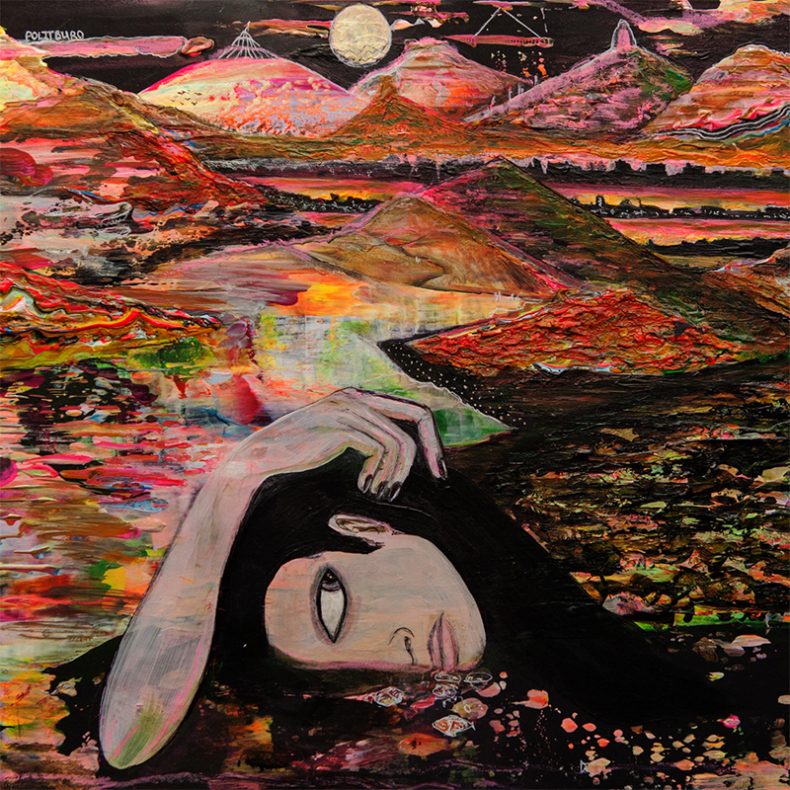 Since the late 80s and early 90s, Manchester has been the hotbed of much great music now known to the world – from club/ rave faves 808 State and New Order to cult modern outfits such as The Stone Roses, Happy Mondays, Inspiral Carpets – Britain’s northern capital has solidified its place on the musical mental map of millions.

Yet another important Manchester band, who remained unsigned and therefore, underground, is Politburo. They, among a small handful of bands, are among those responsible for the revival of the city’s Northern Quarter, among those who transformed it into the trendy bohemian zone it is today. It took a lot of piss and vinegar to achieve that, in part through the establishment of a whole set of musical institutions (resources) for use by themselves and others.

Politburo is releasing ‘Barrington Way’, the lead track of the album with the same name and the first big release since their debut album ‘Sally and Prinss Revisited’ in 2012. We won’t dissect it at length, but rather introduce you to this music and paint the picture of how this music came into being.

Politburo started out in 1999 as a four-piece. Like most bands, they’ve had their ups and downs, as well as lineup changes. Founding members Nick Alexander (vocals, guitar, tambourine) and Dominic ‘Dom’ James (drums, percussion, keyboards) continue to carry this torch, and are joined by John Loveguns (guitar), Phil Meredith (guitar, keyboards), Steven Joseph (bass), and French chanteuse Chloé Sancho (vocals). 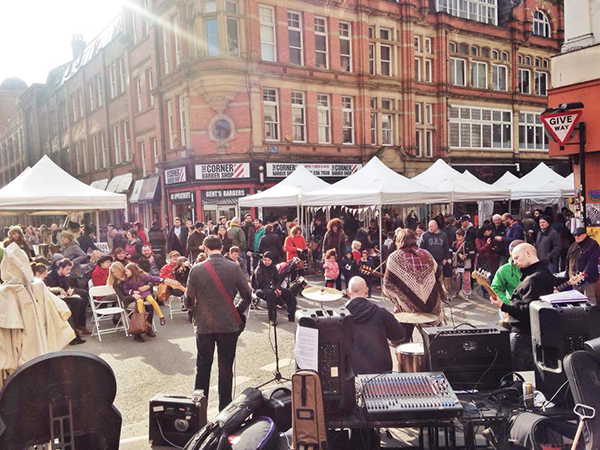 They were apparently inspired by Mancunian legends of yore and a contempt for the dying grandees of Brit Pop. “I was out to try and create great music, but sometimes I guess it was art terrorism,” says Nick Alexander.

Well if this is art terrorism, then I want more. Reminiscent of early Rolling Stones (think ’10,000 Light Years From Home’) and even Pink Floyd (think ‘Emily Play’), ‘Barrington Way even exhibits elements of Jefferson Airplane (obviously well before their reformation into Jefferson Airship). More than a kickback to the 1960s, I’d say Politburo present us with a kaleidoscope prism through which we’d happily re-envision our musical path ahead.

“We knew we’d have to create our own different world to inhabit. The idea was that the right people would come to us… we wouldn’t have to go to them and force something down their collective throat,” explains Dom James.

The band proceeded to set up their own 11STSQ recording studio and rehearsal space, as well as the established Kraak Gallery, which received deserved mention in Manchester nightlife notes by Dave Haslam in ‘Life After Dark’. Today’s Aatma space inherited Kraak Gallery’s original purpose of holding gigs and parties. through Leonard Skully Records. Around this time, the band found themselves at the epicentre of the Northern Quarter’s burgeoning music scene.

The ‘Barrington Way’ album releases on August 19 on vinyl via Leonard Skully Records. You can pre-order it HERE and already find it digitally on Politburo’s Bandcamp as a free download. If you are in the UK next month, do try catch one of the following gig dates.

by Aaron Badgley on July 26, 2019
Ummagma Compass Leonard Skully Records Compass is the perfect title for Ummagma’s new album, with visions of a caravan travelling the world – or even other worlds – gathering and trading. This is [...]
8.0