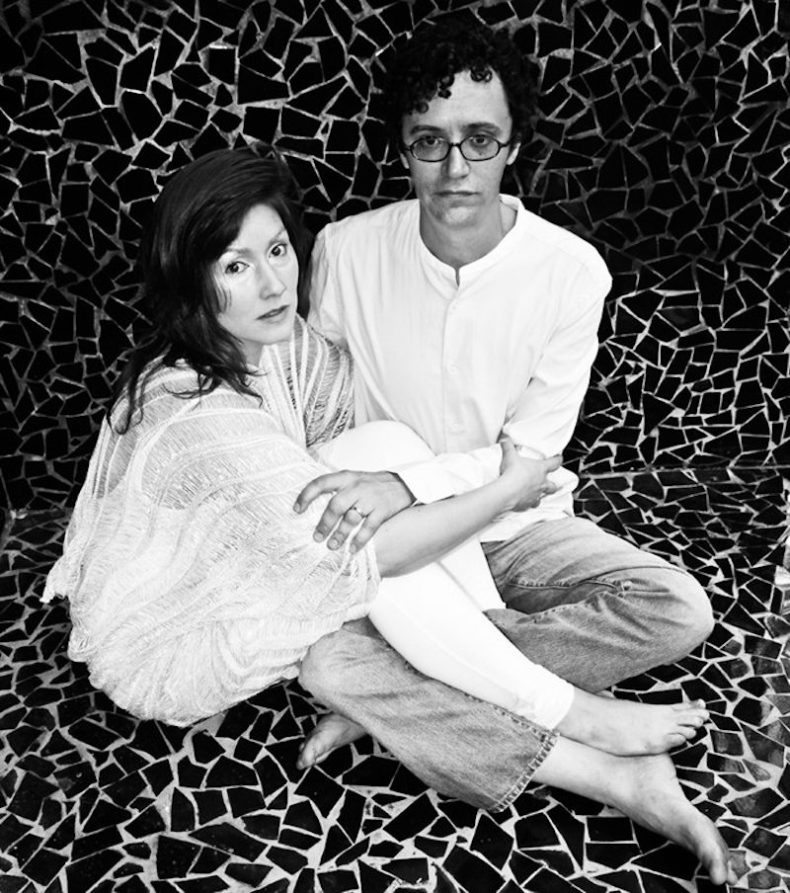 Florida has become synonymous with the weird and wonderful over the years, and the Miami based project Pocket Of Lollipops flies this banner high with the mind-bending, tropical salute that is their latest music video. Released today, the music video for their track  ‘Non-Friend Friend’ stays true to their Avant-guard aesthetic, utilizing the lush and lurid scape of their locale. Produced by Michael Goodson, the footage was recorded at Kendale Lakes Park & HoundsTooth Cottage and depicts what can only be described as a consciousness-expanding ‘trip’ to the park. The camera dizzies its way through lush greenery with the artistic duo emerging like an oasis. Just like their A-typical chord progressions and dissonant tones merge to create a perfect pop-punk appeal, the saturated colors and psychedelic visuals of the video almost overwhelm as they draw you in.

Pocket of Lollipops is made up of Maite Urrechaga (vocals, bass, cello, piano, guitar), and Tony Kapel (drums, vocals, electronics, synths, piano, guitar). Having gained notoriety, as well as a significant following, since their conception in 2009, the band have established themselves as a multi-faceted, boundary-pushing Miami based sound project.

The track that inspired these psychedelic visuals, ‘Non-Friend Friend’, comes as the second release in anticipation for their upcoming 6th album of the same name. The full length, set to be released March 21st, comes as a celebration of the band’s 10th anniversary of their first ever performance (at Lisa Rockford’s AntiValentines Day Party in 2009). Watch out for what this outfit has in store.

“The song is a meditation on releasing oneself from the ego, and self-consciousness and allowing for playfulness. Break down the barriers you put up; sweat on sunny days with no clouds in the sky, riding horseback with both bullies and friendlies. Reshape your relationship to yourself and others.” ~Pocket of Lollipops