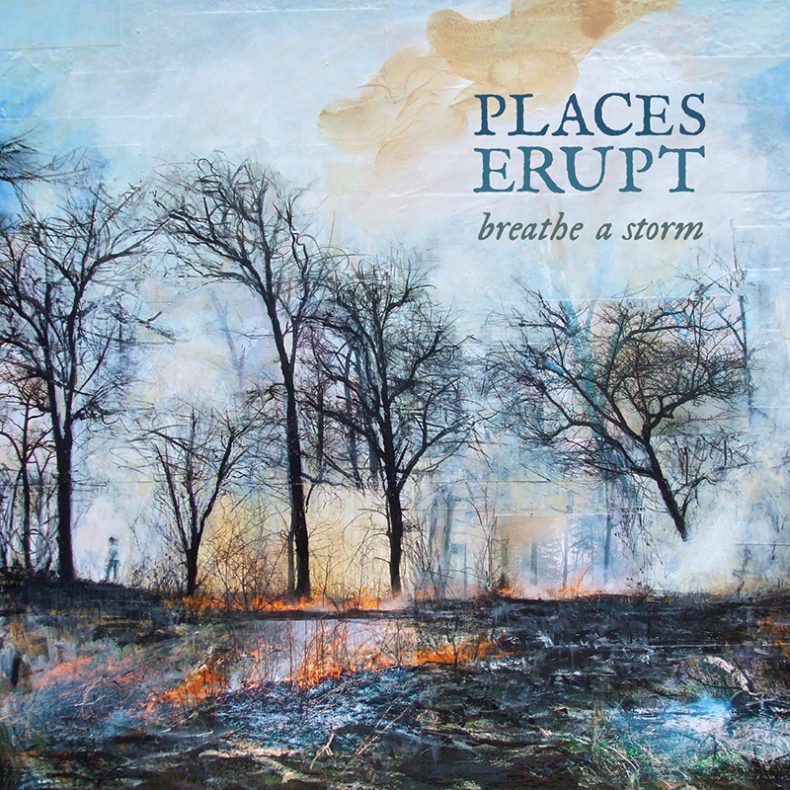 We’ve definitely found a sound that is wholly ours. We always have trouble comparing ourselves to other bands. But our music is still accessible. We take advantage of the instruments that we have, especially strings, making them pretty one moment and jarring the next. And the songwriting process is healthy. We never have ego faceoffs when creating new music. It’s always a matter of “What is the song missing? What does the song still need?” It’s never a matter of, “Is my part prominent enough?

A few years ago, Greg and Lee started writing songs in their grimy College Street apartment, with no real vision of creating a full band. Lee then met Anna backstage at a concert and they shared caviar (yes, that actually happened). Several years later, what was once a casual folk tandem had turned into a quintet. They’re not classical, they’re not folk, they’re not rock, but their sound is infused with all three.

About Breathe A Storm

“On their debut album Breathe A Storm, they delve into anxieties both modern and ancient, exploding them into cinematic compositions which paint very private emotions onto enormous canvasses. It is lush and haunting, beautiful and deeply unsettling in equal measure.” Audio Reckoning

Singer Lee Piazza ended a long-term relationship and began a new one and a couple of the songs (“Lights”, “Swept”) follow this transition. Other songs cover more cerebral concepts.

“Anonymous” is about mob mentality:

Full swing, the knives are out, the crowd has spoken
They’re swarming faster than bees
They howl, they howl and wail with eyes wide open
The sound incises the breeze

“Augustus” casts scorn on the notion of “the good old days” and the idea that past eras bore greater significance or were more exciting than the present one:

Human nature has always been the same
It just manifests, manifests in different ways
And it’s a shame to say there’s a superior age
Trying to gild a time that has long gone away

“Vincent” is an angry rant about megalomaniacal people who will stop at nothing to realize their ambitions (especially relevant right now):

And “March” was written after Piazza finished reading a book on the Great War. The book spoke about the Paris Exhibition in 1900, which was meant to showcase the greatest aspects of humanity. Technological developments, artistic achievements etc. However, the very nations that were showcasing these achievements were on the path to one of the most brutal wars on Earth, thus the lines:

So the album contains A LOT of different lyrical content.

“Breathe A Storm” is a line from the song “Storm”. It is a command to assert yourself if you feel the need for a radical change. This could be on an individual level or on a societal level. Piazza went to Berlin shortly before writing “Storm” and was inspired by the profound transformations that have rocked that city over the years. So the line is an urgent call to turn one’s dreams into actual matter and to be prepared for sacrifice. Change isn’t easy (thus breathing a “storm”) but it’s necessary.