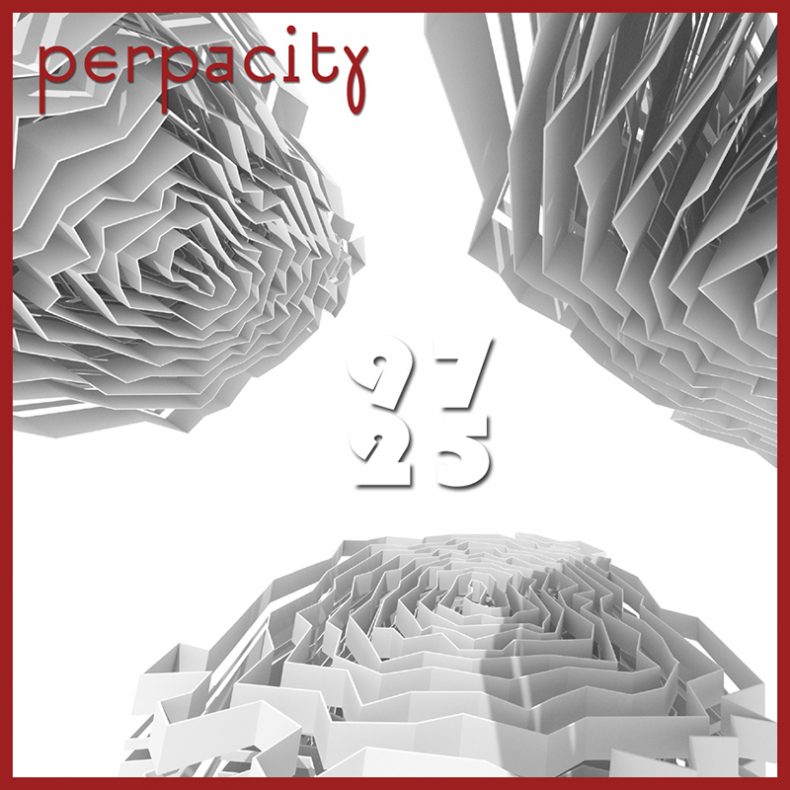 Among the bands that took hold of the new wave of music that eventually gave rise to a whole new genre (new wave), many also took a special place in the hearts of the next generation of synth artists. While many of the original bands still exist and several are even touring, there seems to be a whole new synth pop / new wave (a.k.a. synth wave) movement emerging. Danish-British duo Perpacity is cut from this mighty fine cloth and today we are thrilled to present you the premiere for their new single ‘9725’.

This single comes from Perpacity’s forthcoming Arise LP, a 14-track doozie of an album, which I will have to wait until a later time to review. For now, what they are bringing to the table at this time for listeners is plenty to tide over their existing fans while giving new listeners a preview of what to expect from the rest of the album.

Perpacity is comprised of Copenhagen-based Martin Nyrup and Ian Harling, who is originally from the Isle of Man and currently resides in Bristol.

In ‘9725’, this dynamic duo manages to evoke a feeling similar to what I felt upon first listening to Depeche Mode’s ‘Black Celebration’ and event two DM tracks in particularly: ‘Never Let Me Down Again’ and ‘Enjoy The Silence’. Some of that may boil down to the tempo, but really I think it’s much more. This is dark, fantastic, swellegant bliss, plain and simple. Is that possible to squeeze that all in with one thought? Yes it is – this flashback-induced feeling is real. They have manifested it.

With a strong handle on composition and production, Harling’s vocals mix the clarity and sweetness of Erasure’s Andy Bell, while containing an element that is certainly more somber, underlined even more by the fact that the song is slower than most Erasure tracks.

“When we set out to write the new album we agreed on not trying to go for a specific mood, theme or atmosphere for it – that whether a song or a track made the initial cut depended purely on the basis of whether we like it and whether it speaks to us,” says Martin Nyrup.

“One of the reasons that Martin and I work well together is that we don’t have the same tastes in music, often quite the opposite. Sometimes completing a song can take months, but often Martin sends me a backing track and somehow the melody and even some of the words are already present in it, and I might finish it in a day,” explains Ian Harling.

“The song ‘9725’ was very much like that; it started out as a really gritty instrumental, but every time I listened to it I could hear lyrics and a melody within it. When you work on tracks like that it’s a feeling that the song is writing itself, and you simply have to help it come out. On the surface it’s a standard love song, but there is also a second level of meaning to it. I don’t want to go too deeply into what ‘9725’ means, I think it’s something that the listener will eventually understand.”

While ‘9725’ releases on August 19, it is already available as an immediate download and is available for download with any pre-order of the Arise album, along with the bonus track ‘Eternal ft. Nordik Fire (this is kick-ass, by the way, especially for any Ashley MacIsaac fans). Arise doesn’t drop until October and we shall certainly be presenting our take on that album nearer to that time. In the meantime, enjoy this preview.