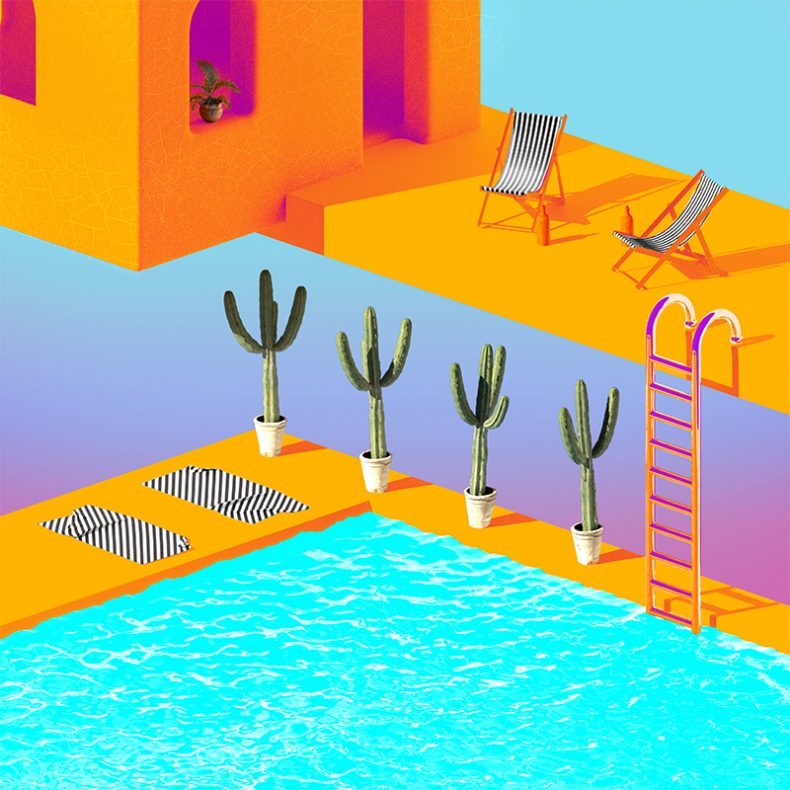 Paper Anthem, fronted by American singer/songwriter Joseph Hitchcock have exclusively released their video for “Sunday” from 2021’s, soon to be released The Year You‘ll Never Get Back. A blast of pure Garage Rock, “Sunday” juxtaposes paranoid vocals and lyrics against a back drop of jagged guitar and syncopated drums. The track is an exploration of a list of inner anxieties writer and singer Joseph was feel spat out an in almost Iggy Pop-esque style.

The video, recorded all in one session, reflects and echoes the unpredictable chain of thoughts that inspired the song.

After support throughout Canada and the US on the bands previous two albums, Paper Anthem will soon follow this single with the full album. 11 new tracks, where Joseph touches on themes of body dysmorphia, immigration, the erosion of friendships, and a story of lovers trapped within a telepathic dream singularity.

The album was recorded across a number of years, mostly in California. Hitchcock began tracking the album in Oakland in 2017, but also recorded a bit in Los Angeles in 2018 and Kent during the summer of 2019. The album was then mixed (Kristofer Harris: Ghostpoet, Belle and Sebastian) in the summer of 2019, and sent to London for mastering (John Davis: Foals, Snow Patrol) before lying in wait for another year and a half.

Hitchcock chose to collaborate with two producers, Christopher Daddio from Oakland art-rock quartet Everyone Is Dirty, returning after producing Hitchcock’s second release, and Fraser McCulloch, the creatively frenetic LA-based producer of bands Chaos Chaos— including their cult hit track “Can You Feel It?,?” notably featured on Adult Swim’s Rick and Morty—and Milagres.

“‘Sunday’ is about a growing frustration with how the world works. … I wanted to talk about some things that had happened to me, like when my car got broken into while I was recording in California and lost a bunch of equipment, or the frustration of having weird medical issues that doctors don’t care about, and they just build up until there’s a lot of things, but also some more global things, like the insane way my Cherokee ancestors were treated by the colonizers, which I suppose are also my ancestors … and my disagreement of the way countries are separated by birth, and you’re just kind of stuck where you were randomly born unless you’re wealthy or make the right choices. … I’m actively trying to emigrate out of the US and it’s just so much harder than I ever thought it would be. No one realizes that until you try to do it yourself. The world acts like Americans have this amazing passport but it ends up, quite hilariously, being worth very little, especially during the pandemic.”