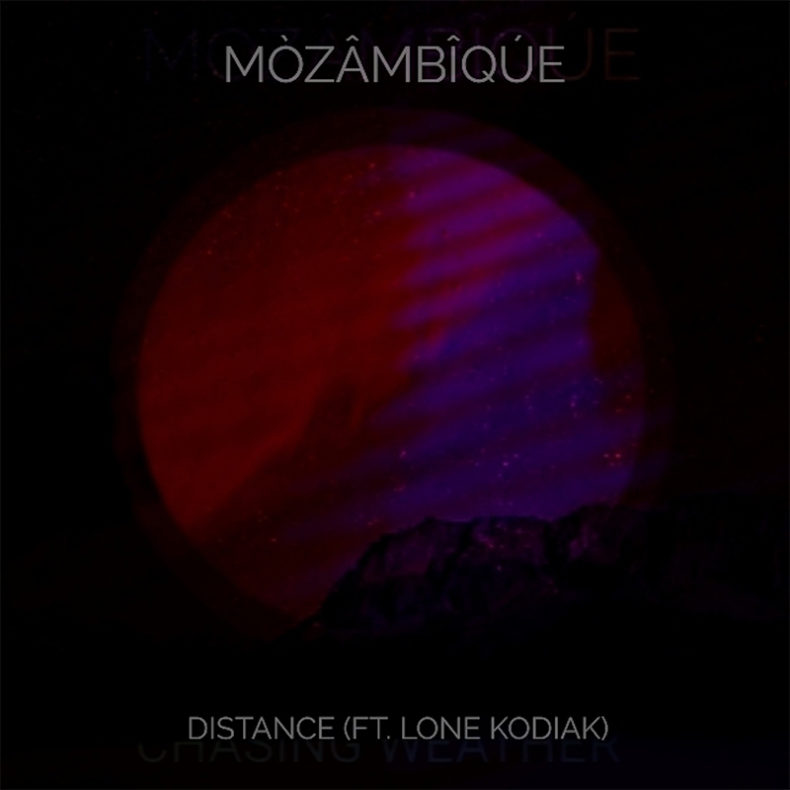 Andrew aka MÒZÂMBÎQÚE and Lone Kodiak vocalist Dainéal Parker met in a coffee shop in Silverlake, Los Angeles. Parker, a Portland transplant had found his way to Los Angeles after unthinkable tragedy struck his former band, Emberghost. The hardcore group at the time was beginning to sell-out theaters around the Pacific Northwest, they were being flown out to Sony headquarters and were things were looking up when their female vocalist passed with little warning. Parker needed a new start and took everything he owned and his friend and bassist with him. (more HERE).

So here they were, sharing stories of inspiration and tragedy and love and loss and everything in between, but as excitement grew Parker & Andrew quickly released they were the only ones in the place talking. The dirty looks and “shhh’ became apparent and the 2 ventured outside to avoid the hip Silverlake scorn. The rain but a damper on the outside seating and the 2 ended up in Parkers car, blasting slow and beautiful song ideas filled with sadness from Parker’s recent experiences but also representing an optimism and depth that Andrew respected. They quickly realized it couldn’t get much more intimate than this and enlisted each other’s help in the songwriting process.

Lone Kodiak grew from a whole lot of song ideas. Parker & Andrew worked incredibly well together, sending ideas back and forth without passing judgement or harnessing any attachment to the original idea. Ballads morphed into to pop-crowd pleasers and either of them could change the song completely without looking back or caring too much about how things came out. It took a long time, but they realized that they were finally doing what a band needed to do – create openly and honestly, let go of their egos, and concentrate on having fun. When they focused on the things started to come naturally and gave way to bigger rewards. Having grown up in the Pacific Northwest, LK put out a tribute song and video to help with donations to the Columbia River fires (see HERE). And as big activists they put on an event to help awareness and funding for the March For Our Lives movement. It became increasingly important to not focus on their own success, but to do things for others and for the world around them – using the little following they had to contribute to society.

With dozens of song ideas bouncing off one another, Andrew started making his own compositions under the moniker, MÒZÂMBÎQÚE.

Somewhere along the way he was messing with one of Parker’s ideas. He sampled some of his guitar parts, processed them and reversed a few things to create the initial outline of “Distance”. One of Andrew’s biggest inspirations when starting out were ambient artists like Eluvium, Hammock, Balmorhea & Keith Kenniff. These composers had a way of leaving so much space and patience in their music. Their music was slow and elusive, simple yet so complex. Ambient music is something so difficult for many people to listen to right away, but when you really respect it and enjoy it can offer some great optimism and give you a nice relaxing deep breath from our constantly hectic world. After adding his own ambient noises, pianos, and drums to the mix, Andrew felt like he had a pretty wonderful ambient track that he was proud of. However, he realized that with Parker’s guitar in the song, he should be giving him credit & if he was giving him credit, he should see if Parker liked and and / or wanted to add anything else to the mix.

So he shot it over and without hesitation Parker added a few vocal toplines. Andrew was blown away when he heard Parker come in for the first time with, “Everywhere the distance leads you I believe you’re meant to follow.” It was so simple but so fitting & Parker managed to use his voice more as another instrument or texture, rather than a lead vocal part. With the added touch, the song was finished. With post help from amazing people like mixer, Grace Coleman, & MÒZÂMBÎQÚE’s team at Text Me Records, the song came to life in a way that Andrew never imagined.

MÒZÂMBÎQÚE will be releasing 5 more singles before the release of his debut full length album “For Never & Ever” – out on Text Me Records July 20th, 2018.