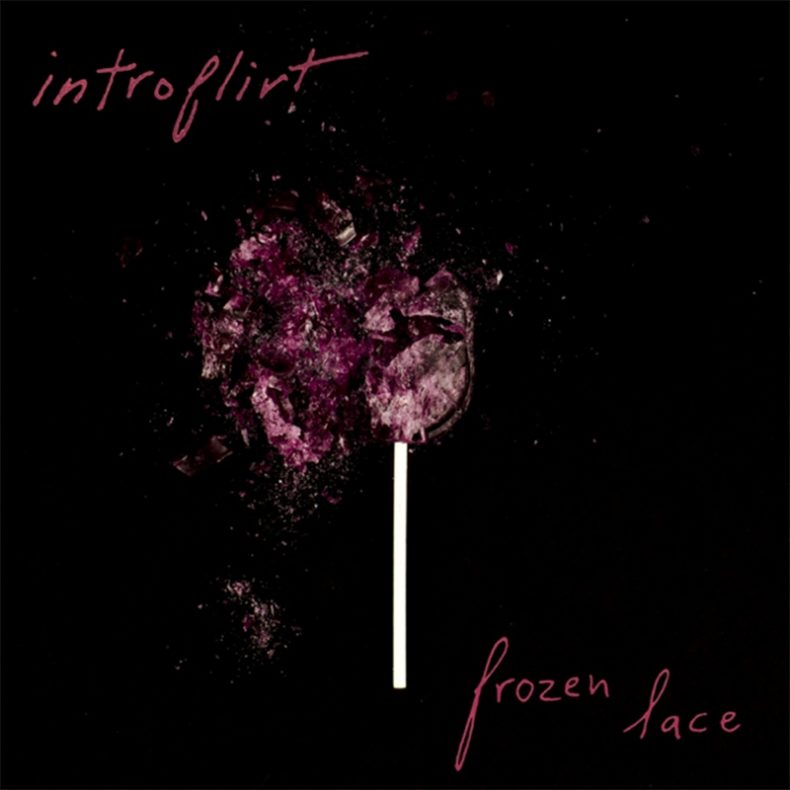 While California is likely more famous for its guitar-oriented artists, we are pleased to present you an anomaly that would be more accurately described a synthwave gem. This week, Introflirt has begun teasing their second album Temporary Heaven, starting with their first single ‘Frozen Lace’.

Introflirt – a trio made up of Ben Benjamin, Vafa Donorous Denalda and Brendan Dreaper – make music that they describe as “croonwave”. Upon listening to ‘Frozen Lace’, my very first association was linked to Marc Almond with his duo Soft Cell, especially on their seminal track ‘Say Hello, Wave Goodbye’.

The album’s first single ‘Frozen Lace’ was inspired by the struggle to overcome sexual repression, with an ever-present bass and easily-memorable synth seemingly pulled between Benjamin’s desires and apprehension, apparently caught in the struggle shaped by a stiff backbone of constructed moral expectations.

“I like to encourage people to be aware of how they feel in any given moment and explore it, rather than cover it up or compensate for it. After being frustrated for so long with my own social anxiety and awkwardness, I decided to just let myself feel that, and let it drive how I interacted with people,” explains Introflirt vocalist Ben Benjamin. “I found freedom in that – both in the choices I made and how I carried them out – and Introflirt’s music is an expression of that freedom.”

I’m already looking forward to listening to the full album, which drops this summer.

by SPILL NEW MUSIC on April 14, 2022
WE FOUND A LOVEBIRD – “CARRY” A SPILL EXCLUSIVE MUSIC PREMIERE With a sound described as ‘delectably dreamy’ and ‘sparkling’, We Found a [...]