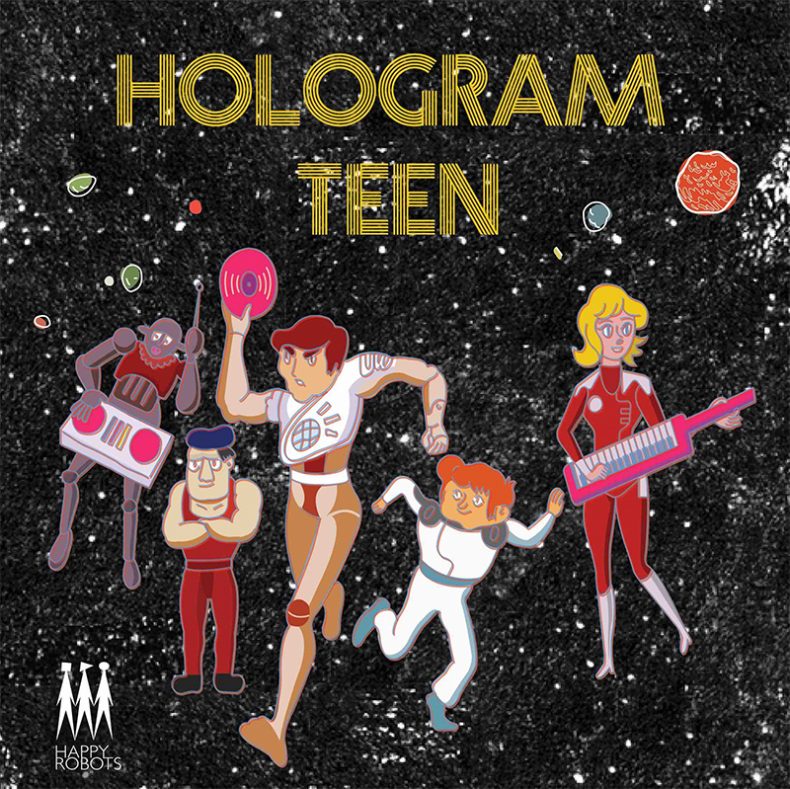 For anybody who was ever a fan of indie kosmische act Stereolab, and who has been watching developments with band members Tim Gane (Cavern of Anti-Matter) and Laetitia Sadier, they may also be happy to learn of a new release by yet one other Stereolab member.

Hologram Teen is the solo project of Morgane Lhote recorded and performed with the band during their imperial phase between 1995 and 2001, during which time the band released a series of career defining albums including ‘Emperor Tomato Ketchup’ and ‘Dots and Loops’. She then participated in several other music projects (including The Projects and Garden with members of Simian Mobile Disco),

Making a leaping transition from the project, in which she became famed keyboardist, to her new solo project Hologram Teen, Morgane Lhote has always been into experimentation. Through Hologram Teen she heartily embarks on a crunky whirling, sometimes dark, but always fun musical path chocked full of electronic motorik disco and practically inventing what can be called electro Krautrock. 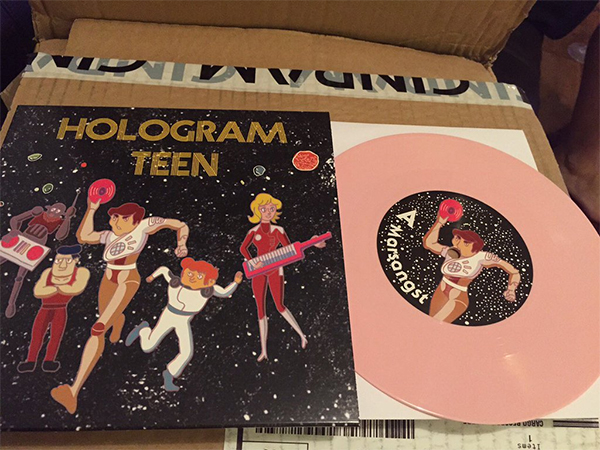 Her new double A-side single ‘Marsangst / Hex These Rules’ will be released on light pink 7″ vinyl via London’s Happy Robots Records. This past winter, she released her debut single ‘Post-apocalypteacakes / Tracksuit Minataur’ through London’s Deep Distance Records, which sold out in just three days. Pulp’s Jarvis Cocker is one of the cool cat audiophiles now numbering among her newfound fans.

“With Marsangst, I wanted to write a minimal techno track that still retained groovy, more dance-like elements, with a splash of Krautrock and a futuristic vibe,” explains Morgane. “Hex These Rules is about sleazy preachers and ABBA going on a bender with Richard Pryor… I was really influenced by Balearic Dance music for that track and the feel good single releases of the Barcelona-based record label Suara.”

Both tracks represent a sonic infusion referencing the past, pleasantly whipping me back to a euphoric time in the early 1990s, when techno music had just become “all the rave” and dance clubs were full of youth feeding on an optimistic groove.

Hologram Teen’s new single is limited to 300 copies and distributed worldwide by Cargo Records, and is already available for pre-order at www.happyrobots.co.uk