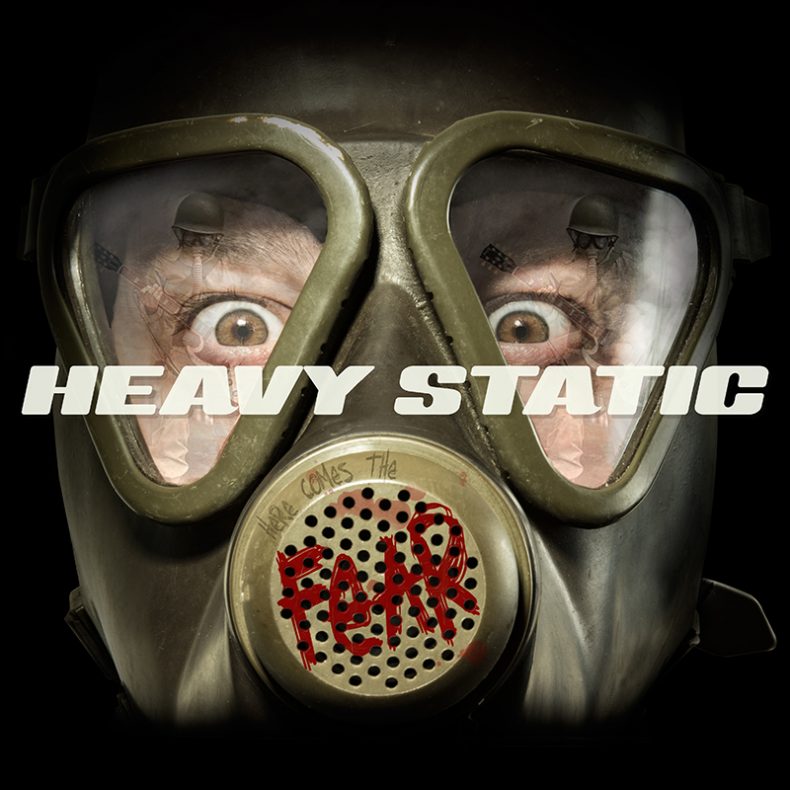 Alt-pop/rock trio, Heavy Static, release the track, “Spark,” from their forthcoming EP, Here Comes the Fear, due out July 22. A band for only two years, Heavy Static have already been named “Artist of the Month” by The Deli Magazine Toronto.

Frontman Christian Patrick (lead vocals/guitar) was sick of “Indie rock” bands writing songs lacking style and soul. He wrote ten songs in ten days before calling on James Young (drums/backing vocals) and Dave Vasey (bass/backing vocals) to bring the songs to life. The band stems from ‘70s  icons, including The Cure, Ziggy Stardust-era Bowie and The Clash, Swedish pop, ‘80s horror movies (specifically 1981 Canadian slasher, “My Bloody Valentine”) and modern day rockers, The Darkness and The Hives. Here Comes the Fear will be the band’s second EP, following 5-track EP, Face The Night (May 2015), singing songs about heartbreak, anxiety and finding one’s place in the world.

Tearing through Toronto, Heavy Static have performed at Lee’s Palace, The Garrison, Dundas West Fest 2015 and Tranzac Club. They plan to reach new audiences by touring to previously uncharted areas with the release Here Comes the Fear.

“Spark” is a song about never giving up and never giving in. It’s about a frantic search for inspiration in a world full of uninspired people. It’s about waiting for – and ultimately finding – that one-in-a-million and settling for nothing less. It’s a beautiful song that started with a simple bass line that veered towards a really bouncy, ’80s Swedish-pop sound. I’ve always been super inspired by the innocence of disco and the satanic sounding riffs of rock and roll. “Spark” is the bastard child of ABBA and Iron Maiden. The song itself isn’t as much a love song as it is a song of redemption. In many aspects, “Spark” is the sound of Heavy Static’s future – modern synth-inspired pop, with a side of ’70s guitar rock topped off with fist-clenching falsettos.

Words and music to “Spark” by Christian Patrick.