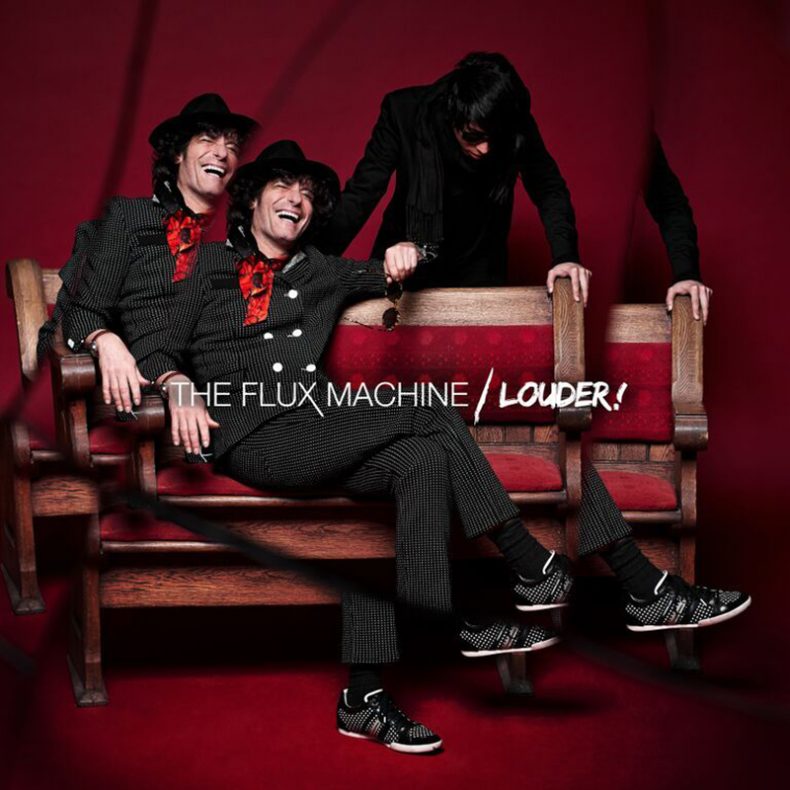 New York City-based alternative rock collective, The Flux Machine, drop a cover of Billy Idol’s “Rebel Yell,” fresh off the the release of their new album, Louder!. The record is available digitally, on CD and on a stunning, limited-press red splatter vinyl. Louder! was mastered by DC-based producer, Taylor Larson, who has produced and mastered records from heavy rock acts such as From First to Last, Periphery and Veil of Maya.

The brainchild of Luis Accorsi (vocals) and Raphael Sepulveda (production), The Flux Machine were formed in late 2014, after Sepulveda responded to an ad Accorsi had placed for a music producer. Finding mutual influences in artists including The Rolling Stones, New York Dolls and Foo Fighters, the two began to write and record their own songs. By May 2015, The Flux Machine had completed 12 original tracks, which would become the listing for their debut record, Louder!.

Since then, The Flux Machine has logged performances across some of New York’s well-known rock stages, including Pine Box, The Rock Shop and The Grand Victory. Music Junkie Press raved, “The Flux Machine are ready to grab you with their infectious punk infused alternative rock and take you for a wild ride!” Stay tuned for more from The Flux Machine in anticipation of their first full-length release!

“The Flux Machine had never done a cover of another artist’s song. Raphael, the producer of the band, chose this song one day when he happened on it by chance and felt I could welt it out and give this iconic 80s song justice.

We worked it out and lo and behold it sounded amazing (at least in our opinion, and we hope in yours as well).

Considering my veteran status in the rock world it’s that much more appropriate, and my moniker “Luisifer” fits right in. Watch the video and you’ll see why.”