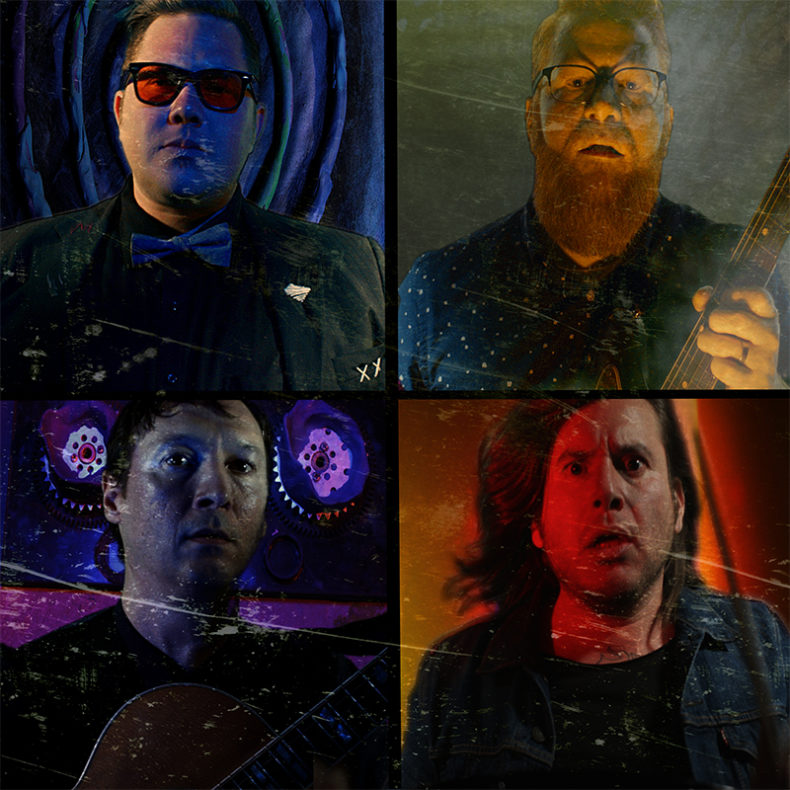 Long Beach, CA based indie rock group Fellow Robot are gearing up to release their debut album The Robot’s Guide to Music Vol.1 on June 29th. The record is a concept album based on lead vocalist Anthony Pedroza’s forthcoming novel of the same name. The record is an eclectic mix of neo-folk, 90’s post-rock, and rousing, heartfelt americana. Today, Spill is happy to team up with the band to premiere the second single to be released from the record, the moody and organ-heavy, “Become the Sky.” The track is a brooding and austere crawl that asks of the listener to reach high and “become the sky.” Lead singer Anthony Pedroza talked about the meaning of the track: The song shows my frustration with some people not living to their fullest potential.” The Robot’s Guide to Music Vol. 1 (out of a three-part series of albums) is available everywhere June 29th.

“Tracking for “Become the Sky” started one stormy night, the rain pounding the roof of the studio. I cranked my three tier organ to the loudest setting and played along with the storm. The song shows my frustration with some people not living to their fullest potential.”

by SPILL NEWS on October 2, 2018
CONTEST ENDED   ENTER FOR YOUR CHANCE TO WIN A PRIZE PACK CONSISTING OF THE NEW ALBUM FROM FELLOW ROBOT, THE ROBOT’S GUIDE TO MUSIC VOLUME 1, PLUS A FELLOW ROBOT OFFICIAL T-SHIRT [...]