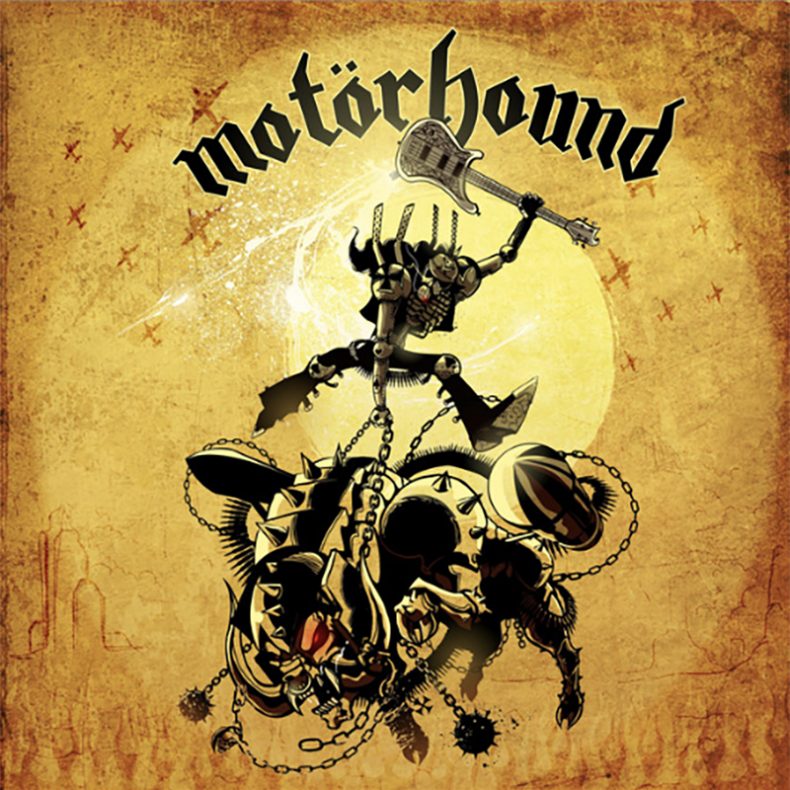 Los Angeles blues-punk band DANTE HH are back, drawing on their signature energetic style to create a deep, upbeat and loud tribute to the late Motörhead vocalist Lemmy. With heavy riffs and pounding drums, “Motörhound” is a rock’n’roll rabble-rouser, a track which you can headbang or dance to. The lyrics borrow several classic verses from the Motörhead catalog, adding them up to aptly describe the iconic musician the tribute is dedicated to.

Along with the single itself, DANTE HH also is releasing it’s custom Motörhound online poker player, a wink to Lemmy’s passion for electronic card games that he would indulge in when not on tour.  You can check out the game (and your luck) here! Both the online game and the artwork for the new single were created by SHARPBALL, a design studio based in Colombia.

Dante HH (the HH standing for Hell Hounds) formed in Colombia in 2011. Relocated to Los Angeles in 2017, the band is known and famed for their signature sound, a mix of punk, blues, rock, and rockabilly.  Besides music, they use videos, comics, writing and any other form of artistic expression to communicate their message: Art is Magic, Magic is Art. Their first album, The Rorschach Manifesto,  was released in 2011, and videos made for several the singles, some of which went to win several awards in Colombian film festivals.
The band is currently formed by Kami Rayne on vocals, Alexx Black on rhythm guitar, Gonzo on lead guitar, Andy Summers III on drums, and Keisuke Motoki on upright bass.

“When DANTE HH started its career we had the opportunity of meeting Lemmy. He encouraged us to keep going when we barely had any songs at all. We didn’t get a chance to see him again, but we decided to create a tribute to him in the same way he did once for the Ramones.” ~Kami Rayne (vocals).