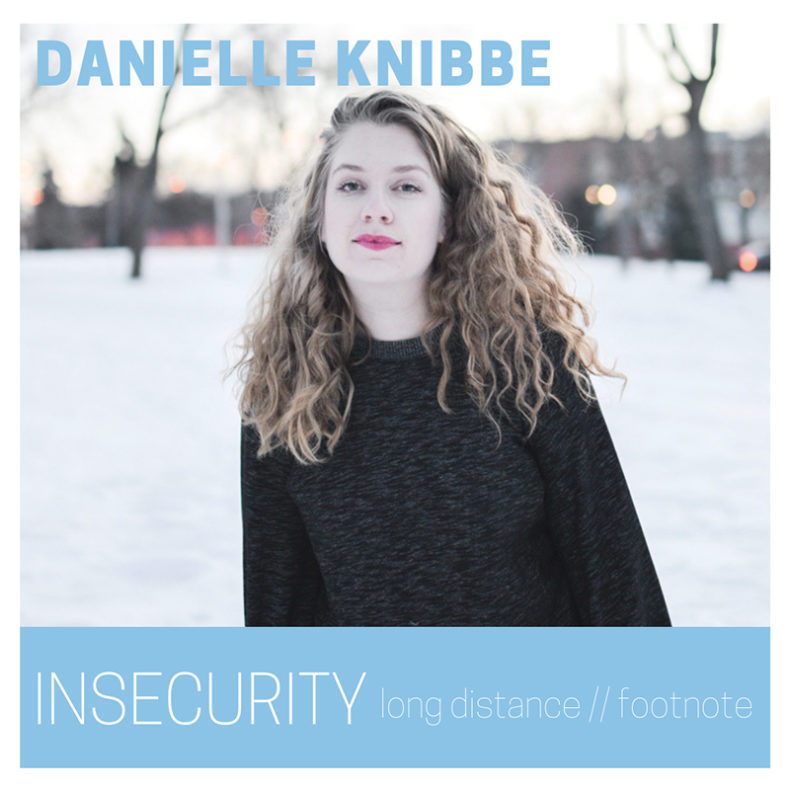 On March 1st, Toronto-based singer-songwriter Danielle Knibbe will be releasing her sophomore album The Ribcage & The Heart. Every song on the new album has a counterpart that explores the same theme – a “ribcage” and a “heart” song. Two of the songs from the album, “Long Distance’ and ‘Footnote’, will be officially released this Friday, January 11th, as a 2 song EP (think side A and side B) entitled INSECURITY and Spill Magazine has the exclusive premiere of both songs today.

“Both of these songs delve into a specific type of insecurity, which is insecurity within a relationship – the fear of being replaced, or of being the one who loves more in a relationship”, says Danielle. “They were incredibly hard to write, and even harder to perform the first few times. I gain courage every time I play them and I get feedback about how they resonated with audience members, and that has made sharing them a little easier.”

The release of the 2 INSECURITY tracks follows the release of 2 INFATUATION themed songs, ‘Agony‘ and ‘Simple Love’ in November 2018. All 4 songs will be included on Danielle Knibbe’s new album The Ribcage & The Heart which will be available on Spotify, Apple Music/iTunes, and other digital retailers and streaming services on March 1st. Danielle will be touring across Canada in March in support of the album (tour dates will be announced soon) and if you’re in Toronto, you can catch her live on January 24th at Peacock Public House.