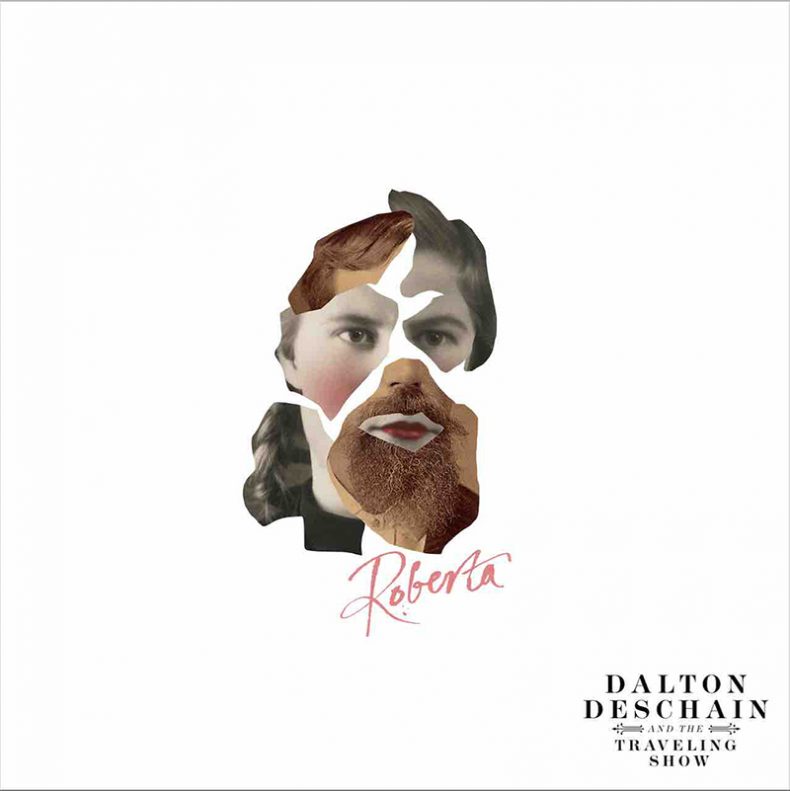 Today we present the premiere of the forthcoming single, called “Freakshow”, from a highly colorful music act hailing from New York and Detroit – Dalton Deschain & The Traveling Show.

The first music released since their 2014 EP The Collateral Vignettes, this is the first single from their anticipated Roberta EP, which takes the listener on a horror-punk-antifolk saga about demon possession, circuses, and nuclear warfare. Well that’s a mouthful, but the sounds do delight. The story line focuses on developments for a transwoman living in the 1940s, who finds love with a stagehand for a traveling sideshow.

In following with the good old days of 45’s (7-inch singles for Europeans), this new single comes with a softer B-side duet ‘Different Constellations’, where the interplay between guitar and accordion take prominence and Dalton Deschain and Jo Kroger share vocal duties.

“Freakshow” is a high-energy animated offering with aggressive vocals and distorted base, with musical delivery easily comparable to a handful of other successful punk cabaret outfits, ranging from Amanda Palmer and her infamous Dresden Dolls to Vermillion Lies with the grit thrown at you by bands like The Urban Voodoo Machine.

One thing is for certain, “Freakshow” is sizzling ripe bait for the new EP, underlining the band’s penchant for dramatism and mastery in uniting creative elements one would not otherwise conceive could be combined – sci-fi, horror, folk stories sonically delivered though hooks, dance beats, and rough but catchy riffs.

Although the band will release the Roberta EP via Bandcamp on October 28, this single is already available for download upon pre-ordering the EP. Roberta is the first in a series of three EPs that will each be accompanied by a chapbook of stories and illustrations by the band, which each contribution to this series focusing on a different character in the band’s ongoing musical narrative. Each copy will include a download code, a short story written by Deschain himself, lyrics, and illustrations by David Warpaint.

A Toronto gig is not in the cards (yet) for Dalton Deschain & The Traveling Show, but catch one of the shows below if you happen to be in the region.