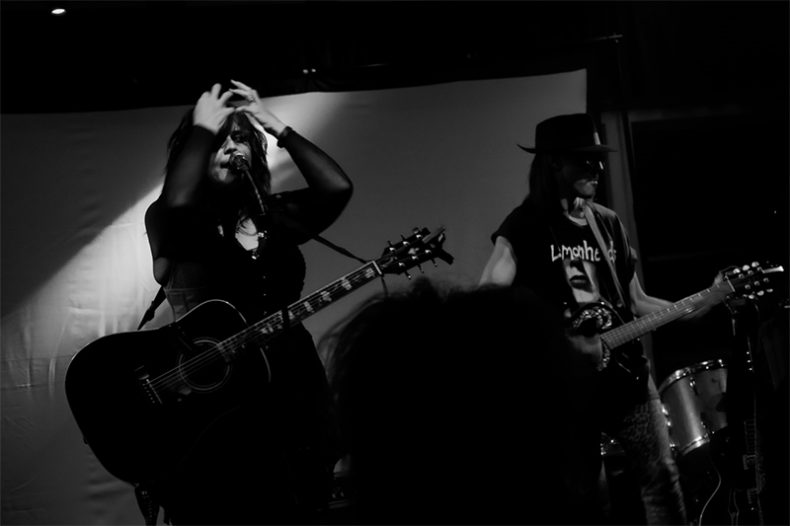 Caroline Blind, former front-woman of 90’s Goth band Sunshine Blind, just unveiled a new single titled “God Damn The Sun.” The song is a tribute to the iconic Swans’ track, originally released in 1989. This is the first offering from Blind’s debut solo album, The Spell Between, that will be out in February.

“God Damn the Sun” is the first song that Caroline recorded at her home studio when she first learned how to record music. Her version has since evolved into a powerful and nostalgic goth-folk ballad, after following some suggestions from collaborators, Rich W. of the Wake and Dave the Dramedy.

The song features a beautiful baritone guitar that reminds one to Johnny Cash, or the credits of a movie a la Almost Famous. “God Damn the Sun” is not the only cover that Caroline’s album will feature, according to the singer, the record is a gothic love letter to some songs that inspired Caroline throughout her career.

When asked about the recording process, Blind remembers it to be more emotional than she expected. Probably a combination of the bitterness of the lyrics and melancholic music of the song, and the fact that she had years of music just pent up waiting to come out, “and here was the door to the floodgates.”