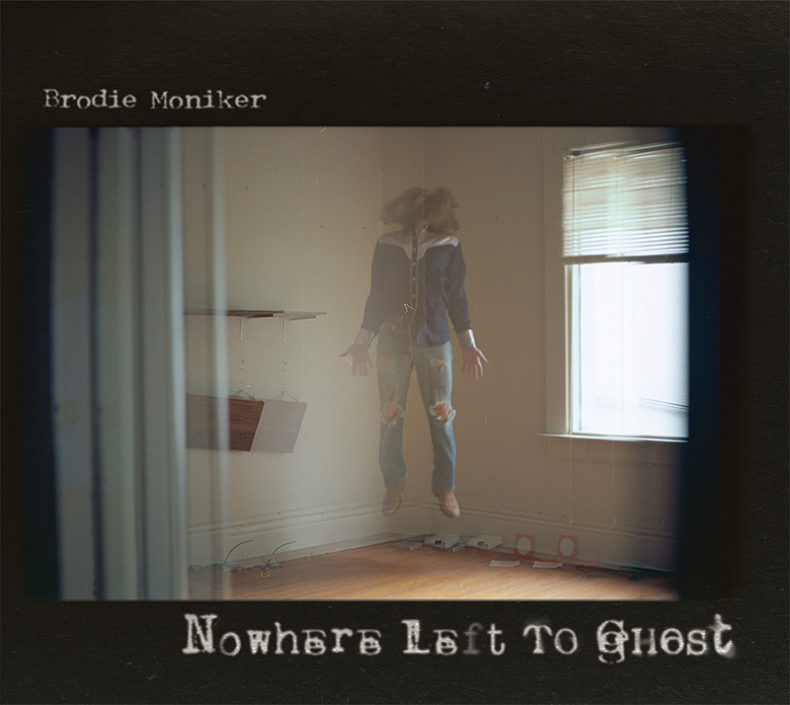 Touring internationally with critically acclaimed artists like Jeff Straker, while producing and engineering breakthrough albums for artists like Megan Nash (PandaCorn), Moniker has honed his sound and developed his songwriting, melding his influences into a true sonic mosaic.

With songs like “Old Sandbox”, a blend of ambient soundscape, dirty electronic soundbites, ethereal vocals, angelic harp-inspired instrumentals with soaring saxophone and hand drums, to “Push Play DJ”, a straight ahead, blues rock tune with guitar and bass sounds bigger than the Canadian prairies provinces, Moniker’s debut album is the voice of a true musical savant.

“Brodie Moniker spent 15 formative years in the obscure little/big town of Moose Jaw Saskatchewan. A collection of characters, mostly artists, lovers and friends riddle the lyrics of Nowhere Left to Ghost. The title is a reference to feeling stuck in that town, haunting the same old places and in some cases the same people. Push Play DJ is specifically about how making your way in the Saskatchewan music scene can push and pull you different directions, sometimes creating versions of yourself that you want to leave behind. The album is a catharsis and a way of leaving those things behind and moving on to higher places.”