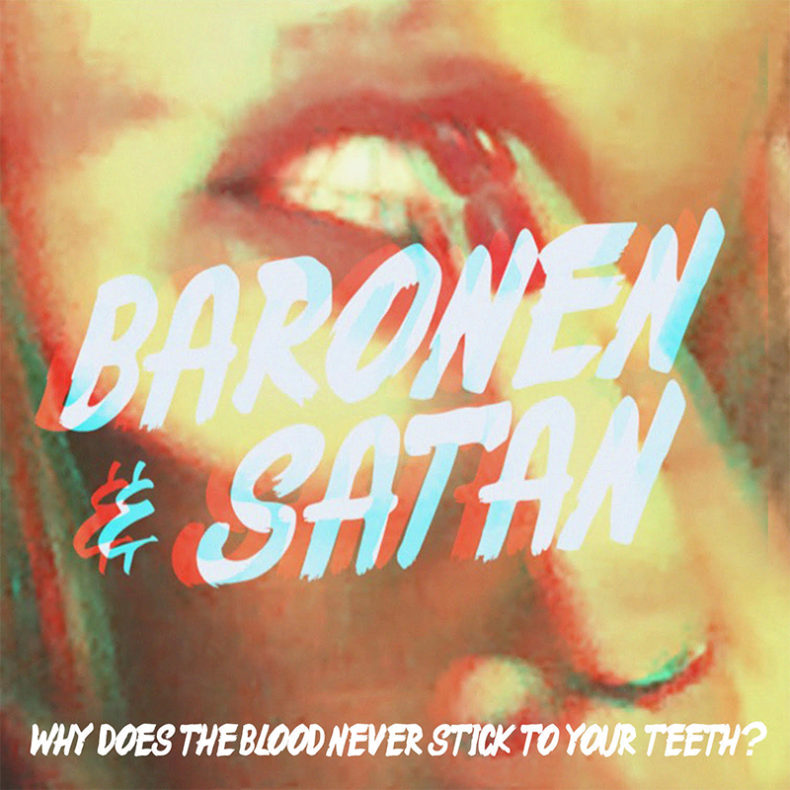 Baronen & Satan is a quartet from Gothenburg, Sweden. They call their reverby sound “Garagedeath”. Philippe and Linda met in 2013. They began to make love and music together. The project grew into a band in 2017 with the addition of Stefan and Marie. Influenced by hardcore, punk, garage, psych, and new wave, they are now produced by legendary Detroit producer Jim Diamond (White Stripes, Dirt Bombs). So what is “Garagedeath” exactly? Good question. We think, it may have a sound that exercises the demons of The Cramps and Siouxsie and the Banshees into a whirling dervish of dark, spirited tones and ferocious guitars. Singer Linda Rydelius’ haunting vocals possesses the ethereal and angular choral instincts of Debbie Harry, Nico, and Kate Bush with a subtle golden hair of sweet angelicness, deeply seeped in its own powerful kind of wickedness.  The guitar savagery from Phillippe Sainz bleeds viscerally into the mix, while the bottom pulse of Marie Bergkvist’s  bass steadies and guides the flow along with the backbeat anchor of Stefan Olsson’s razor sharp drums. Jim Diamond really captured that filthy, raw force remarkably with his signature ‘let it rip’ and ‘let it bleed’ recording trademark. The band were introduced to Dirty Water Records USA by Diamond and were signed to a recording contract in September 2017.  The band will make their Global debut with the digital single “Elisa” off their latest EP Why Does The Blood Never Stick To Your Teeth?  coupled with their eponymous debut LP Satan Is A Lady also on digital, set for release on Halloween day. Don’t be scared.

”Elisa is about this girl that was last seen in an LA hotel elevator and then was found in a water tank on the hotel roof, dead. When we wrote this song, a lot of weird stuff happened. Like power going out and a guitar broke. So this video is our way to celebrate Elisa Lam and maybe get some good vibes back from her.”

Pre-Order Why Does The Blood Never Stick To Your Teeth? Via