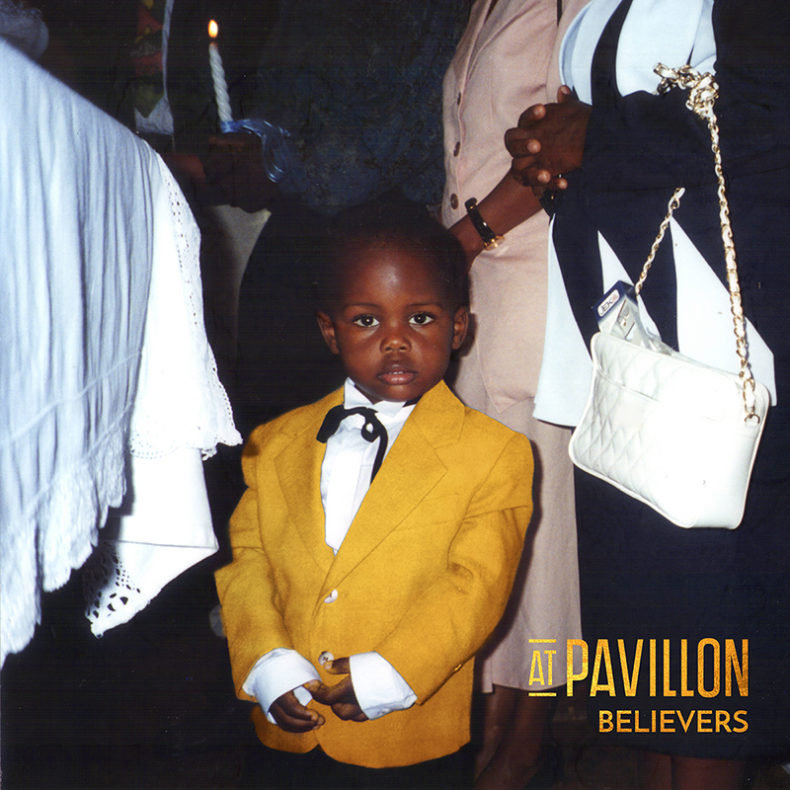 Austrian four-piece At Pavillon will be releasing their debut album, ‘Believe Us’ on the 25th of January via Las Vegas Records. We’re able to premiere the LP’s opening cut, “Believers” ahead of its official release tomorrow. The quartet’s new single features Mwita Mataro’s signature vocals, the band’s tight energy and a bassline that will stick in your mind for the rest of the day. The band formed in 2014 and is made up of four talented young men, Paul Majdzadeh-Ameli (drums and backing vocals), Tobias Kobl (bass guitar and backing vocals), Bernhard Melchart (lead guitar and backing vocals) and Mwita Mataro (rhythm guitar and the lead vocals). Known by many as a bunch of romantic rebels in matching button-up shirts, all four of the members of At Pavillon hail from Vienna and have an incredible chemistry, on and off stage. At Pavillon have played at Austria’s biggest music festival, FM4 Frequency, at Reeperbahn Festival and is looking forward to performing at Eurosonic Noorderslag on January 17 as well as various other upcoming shows in Germany and Austria.

“’Believers’ should empower the listener in their belief in themselves. ‘Believers’ is a call to stay optimistic, even in times when society is branding you naive.”