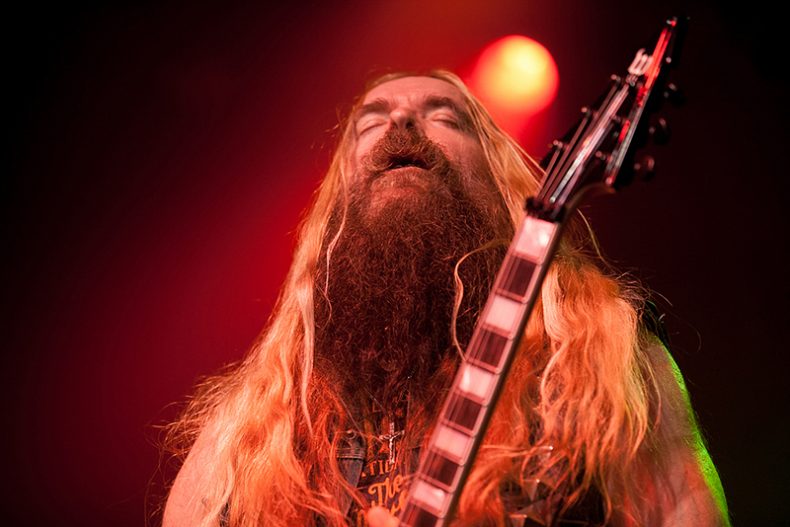 Zakk Wylde and the Black Label Society made their scheduled Toronto appearance on August 8, 2016, at the Phoenix Concert Theatre. It was a celebration of Zakk Wylde’s spring release of Book of Shadows II; a softer, gentler version of the humorous and iconic guitar hero.  It has been 20 years since the release of the original recording, and the Toronto Chapter of the Black Label Society were out in full force, anxiously waiting for the doors to open.

It is important to observe that Zakk Wylde and the Black Label Society have unbelievably loyal and gracious fans.  Most were decked out in T-shirts, vests, and Black Label Society jackets, identifying themselves as faithful member of the Wylde tribe.

Jared James Nichols and his trio opened the evening with unquenchable energy.  This was their first appearance in Canada and they made the most of it.  There was a lot of hair waiving on stage.  If you closed your eyes for a moment, you would swear that the glory days of the eighty’s metal scene were back in full glory.

Jared James Nichols received a warm welcome from the Toronto Chapter of the Black Label Society.  Wearing a Mötorhead T-shirt, and in full command of the stage, his trio became larger than life. They seduced the crowd to sing along and ended their set with a dirty version of “Mississippi Queen.”  Ahh, the cowbell.  Now, if only one of us had a fever. But I digress.

The surprise of the night came in the person of Tyler Bryant and the Shakedown. This handsome band made a very quick impression, and early. The Nashville quartet played with a lot of energy and had some unbelievably melodic grooves, a definite sign of some great things to come in the future.  They had a great stage presence and their set was flawless.  The women in the audience were particularly smitten by the lead singer, perhaps because of his charming and stylish bell-bottoms. Bryant is no pretty-boy; he is a hard working young man, and an absolute magician with his electric guitar.  He definitely channeled his inner Blues heroes and took no prisoners.

During a brief pause in the set, someone in the audience yelled out “Freebird!,” which drew heart-warming laughter from the band, but it also gave an unsolicited moment for Bryant to share his musical journey. Not long ago he worked in his hometown of Honey Grove, Texas, at a local music store, tuning guitars. “Around noon, people would come in on their lunch break from a little bar or Denny’s, or maybe the Ford dealership, and they were always fond of spinning records,” he said.  “They would come to pick up guitars and it is through that place that I learned about the Blues. Lightning Hopkins, Muddy Waters, and B.B. King.  It was the Blues that led me to Rock ‘n’ Roll.  I moved to Nashville where I met the Shakedown, and it is, after all, music that brings us all together”.

Bryant traded his electric guitar for an acoustic one and performed an energetic Muddy Waters song, “Got My Mojo Workin’.”  If Zakk Wylde wasn’t performing shortly after, this might have been the performance of the night.

The Bryant set ended in an absolute shakedown. The drummer took his place at the front of the stage and brought with him a drum, painted with the colours of the American flag.  Together with the band, they whipped up the audience into an absolute frenzy.

Regrettably, it took a long time to set up the stage, which is not unusual, but sadly that took some of the great energy and vibe away. The final stage setup was clean and simple.  Artwork from Book of Shadows II was used as the backdrop and for the side panels framing in the drummer. At the front of the stage there was a raised metal platform and a microphone.  Stage right was an organ.  Stage left contained a microphone for the bass player.

“War Pigs” was playing over the speakers and the crowed belted out all the lyrics.  It was a lovely sing-a-long and at ten o’clock Zakk Wylde walked on stage and beat his fist on his heart in gratitude to overwhelming applause and shouts of approving profanity.

We did not get our usual three songs to take our photos, instead the Phoenix Concert Theatre was treated to a fifteen minute, guitar driven version of Sold My Soul.

He graciously played every squared inch of the stage, all because he wanted everyone a fair a chance to see him.

As a side note, it is absolutely amazing how much coolness can ooze out of every orifice of his body. 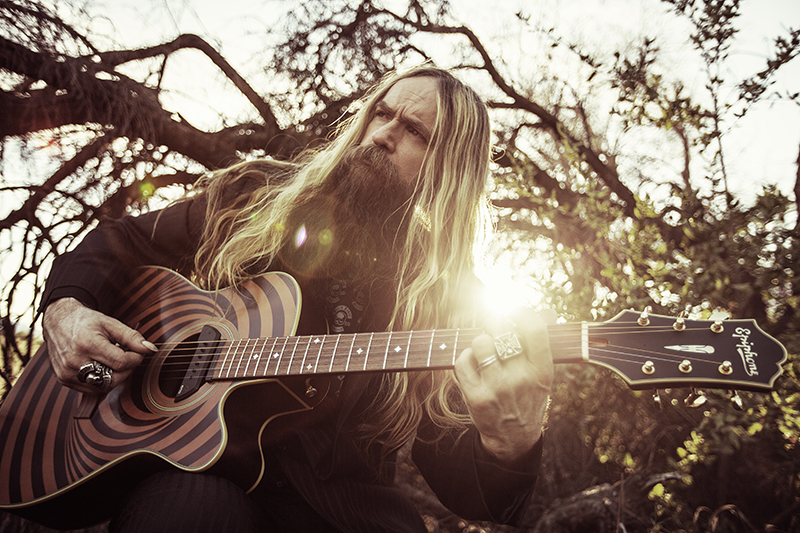 He played multiple guitars, took his turn at the piano, and busted out the harmonica on “Between Heaven and Hell.”  He played all the songs from Book of Shadows II, and dipped into some of the songs from the predecessor.

There was great chemistry, fun, and mutual respect between the Black Label Society and members of the Toronto Chapter. There were so many great songs and so many great solos that it is impossible to describe them without audio. “Darkest Hour” was my personal favourite.  I am not totally sure why, but it might have been the combination of the beautiful lyrics and haunting melody. Zakk Wylde must have been moved as well because when it was over, he looked at the crowd, beat his heart several times, knelt down and thanked God by pointing to the sky.  “Yesterday’s Tears” was another great performance, but it feels shitty picking one song over another.

Zakk Wylde sang all the songs played that night.  On the surface this may seem like a trifling statement to make but unfortunately we live in a time where live music is not always live but, let’s just say, enhanced.  We live in an age of presentation, not an age of substance.  Zakk Wylde, however, sang. He sang loud. He sang from the heart. He sang without engineering help, or pre-recorded tracks. He sang raw. He rocked and he sang.

If you weren’t there that night, you missed something that belongs in a time capsule.  An evening like this will probably not happen again soon.  After all, it took some 20 years to hear the followup to the original Book of Shadows.

When we heard the the sounds of rain and thunder, we should have known that something special was coming. It also finally explained the presence of two big white arrows that were painted on the stage floor. While performing “Throwin’ It All Away,” Zakk Wylde, accompanied by a small security team, walked off stage and continued performing by walking throughout the venue.  There was definite stress and worry on the face of the big fella who had the task of holding the guitar cord above his head, not to mention the lone bouncer who had to rescue the young women who took this opportunity to crowd surf.

It didn’t take long for the crowd to form a circle around the guitarist, like kids would on the playground during a school fight. They were all armed with their cellphones, taking pictures and video of a man who relentlessly played for what seemed like an eternity.  It would be worthwhile to do a search on the internet to find a piece of that moment.

Some lucky women whispered sweet things into their men’s ear and pretty soon had a prime seat on their shoulders. It was something to behold, as was the guitar solo that was backed by a jovial and laughing band onstage. This was something magical to witness and a memory that will live in the hearts of the fans for a very long time.

Zakk Wylde and the Black Label Society played for two hours, ending their set shortly before midnight. When the house lights came up, Zakk Wylde introduced the members of the band and once again thanked the Toronto Chapter for their support. He brought up a birthday cake and the whole venue sang Happy Birthday to rhythm guitarist Dario Lorina, who is a guitar virtuoso in his own right.

What a night of music. What an evening of friendship. Hair. Loud guitar solos. And more hair. I am praying and hoping Book of Shadows III is just around the corner.

Grzegorz Kieszkowski originally hails from Bydgoszcz, Poland. After his father was released from prison in 1984, for his involvement with the Solidarity movement, Greg and his family escaped to Canada in 1985. He makes Cobourg his home, along with his wife and two small children. Greg is a graduate of York University, with a double major in English and Philosophy. Music has always been in his blood, and although his tastes have matured, he will always have a soft spot for the Metal days of the late 1980’s. He is a full time English teacher and a professional photographer. Part of the allure of writing is the possibility of conversation, and he would love to hear your comments and opinions. Please feel free to visit his personal website - grzegorzkieszkowski.com.
RELATED ARTICLES
jared james nicholslive reviewthe phoenix