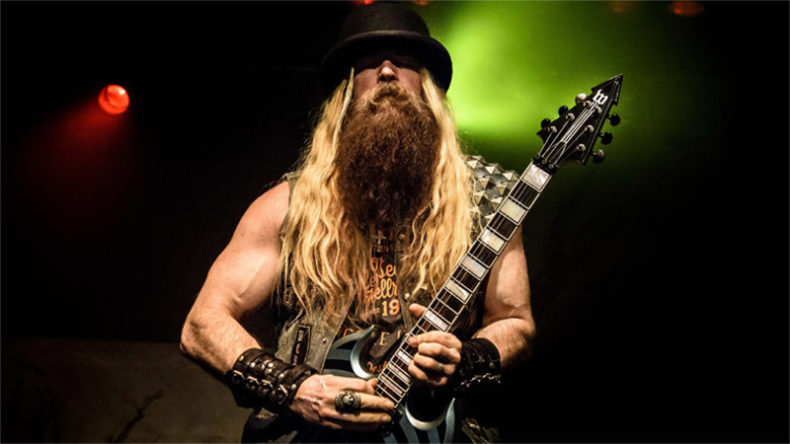 Cover bands are an interesting thing. While most are regional sensations who perform regularly at the local watering hole, few have gained an international audience – Cowgirls From Hell and The Iron Maidens for example – which enables them to tour. Zakk Sabbath is a different beast entirely. The Black Sabbath cover band is led by former Ozzy Osbourne collaborator and Black Label Society vocalist and guitarist Zakk Wylde and also includes former Osbourne and Rob Zombie bassist Rob ‘Blasko’ Nicholson, and former Queens Of The Stone Age and Scott Weiland drummer, Joey Castillo. Covering material from the first eight albums from the metal pioneers, Zakk Sabbath have gained a cult status as the band tours to promote their recent record, Live In Detroit, one of 2017’s lesser known gems.

Walking onto the stage to the sound of thunder and rain – the same audio which kicks off “Black Sabbath”, the first song from Sabbath’s debut record – Wylde and co. wasted no time diving right into “Supernaut” which was immediately followed by “Snowblind”. Looking like a Viking ready for battle, Wylde stood at what appeared to be an imposing eight-feet-plus height as he mounted the stage monitors, head banging in a manner that gave him a hurricane like presence of hair and sonic furry. It was made immediately apparent that Zakk Sabbath is the strongest Black Sabbath tribute around. This, however, is no surprise. Both Blasko and Wylde have worked closely with Osbourne, and Castillo is obviously quite influenced by original Sabbath drummer, Bill Ward. Furthermore, Wylde stands as one of modern rocks most acclaimed guitarist who walks a fine line between respectful tribute to the riffs and solos that made Tony Iommi’s guitar playing so revolutionary while also laying out a series of lengthy solos that emphasize Wylde’s fast, rhythmic, and incredibly clean shredding abilities. Judging by the amount of Black Label Society biker kuttes, patches, and shirts, it is clear that aside from hearing Sabbath songs performed by such an all-star lineup, a major draw for Zakk Sabbath is certainly Wylde’s incendiary solos. To make them even more exciting to watch, Wylde would play the guitar with his teeth, behind his head, and on a number of occasions, while walking through the sold out crowd at The Opera House, all the while remaining as proficient as if he was playing on stage with the guitar hanging by his waist.  As mentioned, each solo was quite lengthy and some felt that they were too long as many of the solos would stretch the songs out to the ten minute mark; some even longer.

That being said, Zakk Sabbath’s Toronto show was nothing short of thrilling. Quite surprisingly, the band played through a number of deep cuts, including “A National Acrobat”, “Under The Sun”, “Hand Of Doom”, and “Into The Void”. Of the hits, aside from the opening songs, the band performed “Childern Of The Grave”, “Fairies Wear Boots”, and ended their set with the one-two punch of “N.I.B.” and “War Pigs”. The latter opened with the haunting sound of an air-raid siren and the band dove into a song that seems as relevant now as it did in 1970 and made for a truly exciting and grand conclusion to the night.

The trio played hard and heavy and made for an exciting concert experience. Not only is Zakk Sabbath an incredible tribute to the legacy of Black Sabbath, but they are among the best cover bands that I have seen. While many cover bands struggle to make their performance surpass simple nostalgia for the artist and the past, Zakk Sabbath pumped life into Black Sabbath’s material and made these classics feel modern, and in a sense, it was almost as if Zakk Sabbath had actually owned these songs themselves for two hours. They made their set feel less like a cover show and more like their own set, that while clearly paying tribute to the past was definitely about the present and the musicians involved. While I cannot speak for Sabbath over the last few years, I can state with confidence that Black Sabbath, between the years of 1970-1978 were never as tight as Zakk Sabbath are, making their performance a must see for Sabbath and Wylde fans alike.

A passion for music has always been a part of Gerrod’s life. As a young boy, he was raised on a steady diet of the music from The Chili Peppers, Aerosmith, The Stones, Prince, and others from his mum. Raised in the GTA, Gerrod continued to foster his love for music by attending a wide range of concerts and learning the drums. His unapologetic passion for music has no bounds and has spread to a wide variety of styles, whether it be the 90’s rock that sound tracked his teenage years, the jazz he studied in university, or his newfound love for hip-hop. He recently received his bachelors in music and education from York University and is passionate about writing and reviewing good (and less than good) music. Gerrod is also the drummer and songwriter for a Toronto based rock & roll band, One In The Chamber.
RELATED ARTICLES
black label societylive reviewozzy osbourne