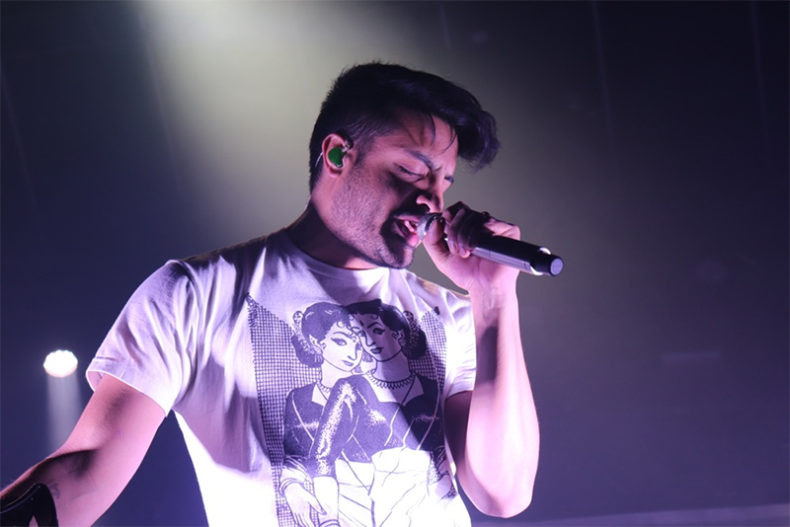 “You will be the chosen master. You will leave with the girl this time!” were some of the first words from Sameer Gadhia tonight, as he and the rest of Young the Giant took to the stage at Rebel, opening with what is arguably their newest album’s best track. With his arms and torso in full swing, Gadhia took his authentic stage presence to the next level on the opening tracks “Mirror Master”, “Heat of the Summer” and one of the band’s first hits, “Apartment”, whose initial note had the audience in a frenzy.

Their mostly energetic setlist suited Young the Giant well. The frenetic pace of their music and experimental elements were well supported by a tower of handheld instruments Gadhia rotated throughout the night – from the tambourine (on nearly all songs) to the cowbell on the incredible “Nothing’s Over”. “Nothing’s Over” was a prime example of why bands should tour – to bring life to songs that are limited by their studio elements. Young the Giant feels marked by their impressive creative outlook on modern rock, and the live show was the perfect opportunity for them to showcase what their full range of capabilities are.

While Mirror Master definitely isn’t Young the Giant’s strongest album, their ability to bring life most of their songs on stage speaks volumes about their success as a band, coupled with incredible bouts of instrumental power like on “Mind Over Matter” and “Silvertongue”, though it was hard not to notice which tracks came from the newest effort. Closing (before the encore) with the slower “Call Me Back” felt like an odd choice and the upbeat “Tightrope” felt undeserved next to “My Body” in the encore. 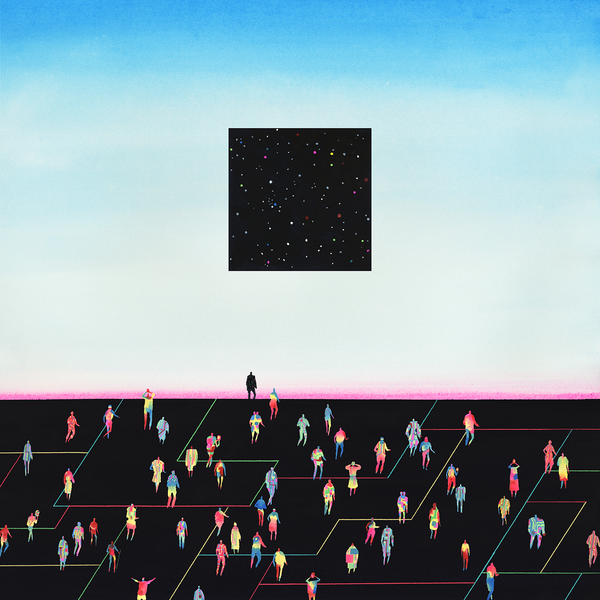 Fans were treated however to a very welcome couple of ‘In the Open’-style performances of the debut’s “Strings” and the sophomore’s “Firelight”. ‘In the Open’ has been an integral part of Young the Giant’s success through YouTube, where the band play stripped sets of songs from their most recent albums. Both presented a well-needed softening from the rapid running guitars and drums, which would cause the undiscerning ear to perhaps lump some songs together as one.

An impressive feature of this show, and perhaps is an ode to Rebel (which this reviewer has mixed feelings about, as a venue), was the incredibly dynamic lighting, which accentuated the dynamic features of the music. While his counterparts were mostly veiled in smoke, Gadhia led the charge for an incredibly lively show under ever-changing colours.

What’s best was that the audience was filled with fans who clearly knew their stuff. The band’s “Cough Syrup” and “My Body” received the strongest reaction from its dedicated crowd, proving that Young the Giant is a band whose foundation is strong enough to withstand the occasional hiccup.

Robert Defina is an avid critic both on paper and in person. He spends more time writing album reviews than he does worrying about his future. He hopes that this sort of procrastination never grows old.
RELATED ARTICLES
elektra recordslive reviewmirror master
5.0

by Robert Defina on October 12, 2018
Young the Giant Mirror Master Elektra Records Young the Giant have had a compelling career. Their momentum has been stellar, using their philosophical alt-rock music as a platform for [...]