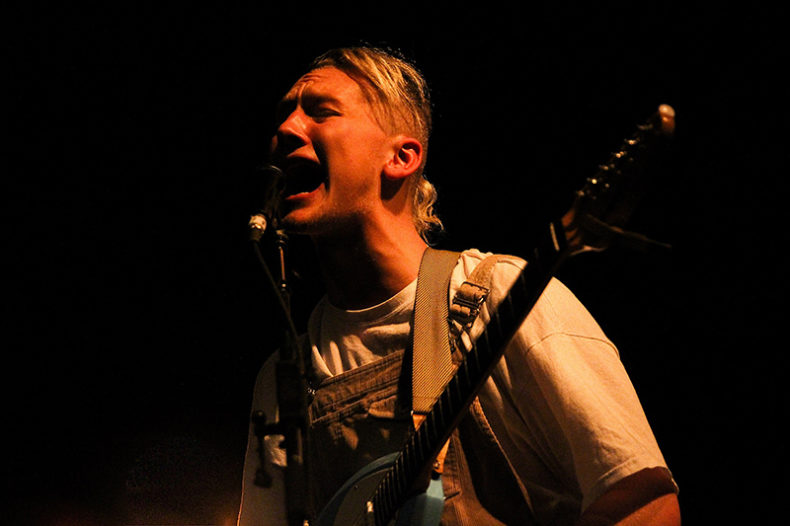 Yellow Days packed the hall tonight at Lee’s Palace. Opening for the quirky George van den Broek, also known as Yellow Days, was Los Angeles-based indie pop artist, Yeek. This was to be his last tour date with the artist and those who will be at future concerts will be missing out. This was also Yellow Days’ second last Canadian date before he heads to the U.S. to finish up his almost entirely sold-out tour.

Yellow Days himself, opened with a fan favourite and 2018 single, “The Way Things Change”. With such an immediate sense of comfort on stage, it’s hard to believe he is only 19 years of age. The British Musician is truly an old soul in a young man’s body. Not only do his lyrics display a deep maturity, but his voice echoes that of his biggest influence, Ray Charles. His second song,

“A Little While”, had the entire audience singing and dancing along. In fact, his entire band got into it moving hips and bobbing heads. The lyrics, “Broken by the love, this hurt divides itself/Decided that kissing you is just bad for my health” seemed to bring couples closer together rather than apart and built a great connection between the audience and himself. It is clearly his most popular song live and takes the first spot on his Spotify page.

The crowd went wild for his cover of soul and jazz icon Etta James’ “I’d Rather Go blind”. People were hypnotized by his raw rendition that although a classic, he made his own. He ended with his track, “I’ve Been Thinking Too Hard” from his 2017 album, Is Everything Okay in your World? Performing the entire encore sitting in the windowsill of the artist lounge was a treat for his old and new fans. As his voice was carefree so was his personality and that resonated with the audience. The only thing lacking in the experience was the extremely dim lit stage, which made it difficult for people in the back to see the artist properly. However, Yellow Days brought talent that surpassed people’s expectations. His sound is one that should be a crime not to hear live.

SPILL WRITERS strive to keep our readers up to date with news and events in the music industry. We keep you informed of the most recent information regarding new releases, tour dates, and information items about your favourite artists.
RELATED ARTICLES
lee's palacelive reviewtoronto