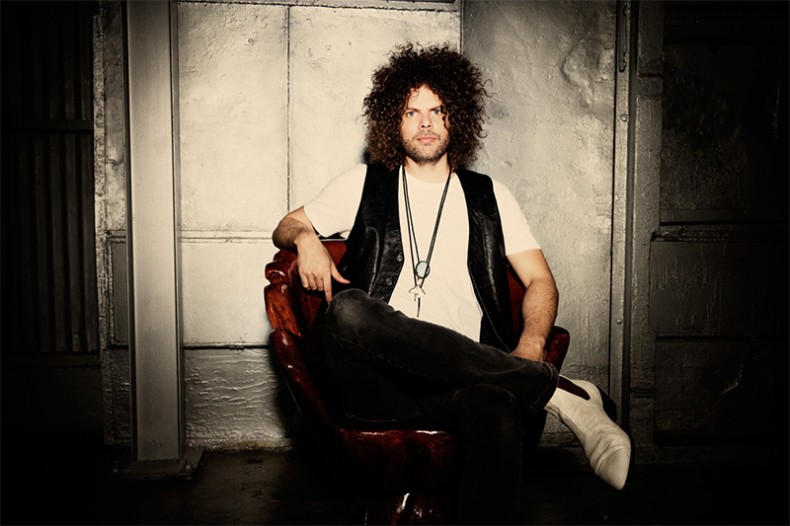 Wolfmother are back? Truth is they never went anywhere, but amidst the turmoil of many lineup changes they may have lost some of their steam in the public eye. Not that that seemed to affect ticket sales; at $50 a ticket with a 1500+ capacity crowd… the mothers can probably afford fourteen guitar changes and a big-ass silver tour bus. Which they have.

Danforth Music Hall was the perfect venue for Wolfmother’s old-school performance. The main floor has a real nice slope to it, so everyone gets a good view of the stage. This combined with the sweaty drunken screams and chanting gave this show a very outdoorsy feel, like a microcosmic Lollapalooza. Watching the crowd sing along with Bowie’s greatest hits between sets was a nice touch.

Opening band “Deap Vally” got the crowd nice and lubricated for the big show. Joining the now long list of rock duos (read: financially-effective touring), frontwoman Lindsey Troy put on a commanding performance. Furiously strumming a Fender Jagstang in her leopardskin unitard Troy reminded me of Joan Jett in bed with guitars from Death From Above 1979. Fist pumping songs like “End of the World” turned the venue into a fury of flannel. Their short but powerful set left the crowd wanting more.

With a quick “Toronto!” Wolfmother rips into the first song of their set, the Queen meets Sabbath-like “Victorious”. The venue floor is packed as are the rafters. As the show goes on there is very little banter, and the music and alcohol is really whipping the crowd into a moshing beast. Wolfmother has hardcore fans in TO, no doubt about that. 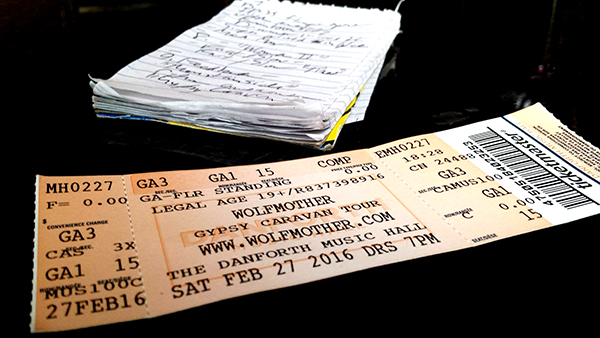 Frontman Andrew Stockdale puts on an accurate show. His vocals and guitar are spot on, and his range is really quite impressive to hear live. Somehow he can’t stop reminding me of the boomerang kid in Mad Max’s Road Warrior… Stockdale is mostly glued to the floor and seems to have a deer in the headlights stare fixated on the exit signs at the back of the room. Luckily he has teamed up with the fantastic bassist Ian Peres, who whips around the big stage like an electrocuted rag doll taking up all the remaining real estate.

Stockdale’s stoic performance does nothing to detract from the energy of the crowd, who by the third song “Woman” are moshing, singing, dancing and screaming. I want to add breaking stuff to that list but that seemed to be the limit… the group was polite and not pushy at all, akin to the early days of Alt-Rock festivals. The only official rule broken was the sweet waft of pot-smoke that would drift by whenever WM broke into one of their more well-known hits.

It was clear that the crowd was intent on getting their money’s worth, and I feel Wolfmother gave them what they came for. I admittedly felt like an outsider there, jotting down notes with my pad and pen as the 1500 fans sang along and seemed to know every word by heart. Their show is sweet pared-down Rock and Roll, a rock trio that definitely took up a lot more space than three people usually can. They came back out for 2 encores, ending the night with “Joker and the Thief” which got the crowd totally jacked.

Wolfmother is definitely touring effectively. There was no fluff and no filler. I feel Stockdale and company are making the music they want to make, and don’t need to use any gimmicks to cover up. There could definitely be more intimacy; I had the feeling of being played at and not played to. Their show did made me want to explore their catalogue further, because they sound really good live. They really don’t make any mistakes. I longed to see more passion from the frontman, but that’s just not really his style. If you are already in love with Wolfmother’s music, you will really love seeing them play it live and loud. It is a show for the initiated.

James Stefanuk has an unbridled passion for good original music. He has been involved in the Toronto Indie scene for over a decade, and currently fronts the Alt-Blues band 'Jim Dan Dee'. In his spare time James plays with his Australian Shepherd 'Indie', drinks bourbon on the rocks and writes about himself in the third person.
RELATED ARTICLES
danforth music halllive reviewstoronto