Live Reviews
101
previous article
SPILL NEWS: VOWWS TO OPEN FOR THE CULT ON U.S. TOUR
next article
SPILL FEATURE: LOVE VERSUS - A CONVERSATION WITH LEEROY STAGGER 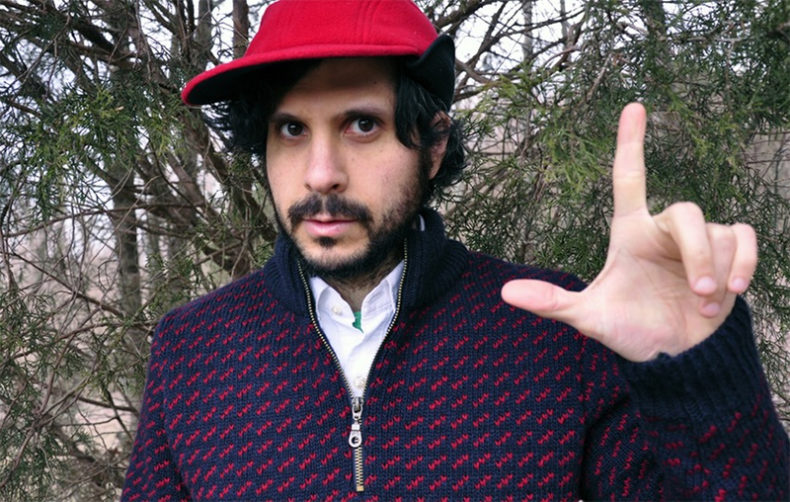 The crowd streamed in in a steady pace, and for an Easter Monday night in Toronto, the club filled up pretty quickly.  O (formerly known as Eskimeaux) opened the show announcing that they have changed their name.  Gabrielle Smith grabbed the audience’s attention and put in a solid 45 minute set.  Her sense of humour and ability to engage with the audience made her opening set a great warm-up for the main event.

Although O did very well, the crowd was there for Why?  And they were not disappointed.  Why? performed for over 90 minutes and from the opening notes to their last encore they had the audience in their hand.

Their stage show was simple, yet effective.  Brilliant use of light bulbs highlighted the stage, but so did the staging of the band.  Drummer Josiah Wolf at one side, while brother Yoni on the other.  Even with the space, this band is tight.  Doug McDiarmid and Matt Meldon fill out this band and the sound these four make is astounding.

Opening with “Easy” from their most recent (and brilliant album) Moh Lhean,  the band set the tone for the evening.  Well balanced sound, minimalistic staging and tight performance.  Yoni Wolf was a wonder to watch, playing keyboards and percussion and using his voice to full effect.

But the band was equally impressive, presenting a wall of sound, very tight, and although this leg of the tour is winding down, they still looked like the enjoyed being on stage.  Although the show focused on their most recent album, Moh Lhean (and pretty much the entire album was presented live), they dipped into their catalog of old favourites, some of which went down extremely well.  “White English” from their 2012 release Mumps, Etc. became a singalong.  The audience were certainly fans and for the most part knew the songs.

For the encore, Why? shifted gears, leaving their electronic instruments and turning  to acoustics and singing around one microphone.  In fact they performed one song they have not performed on the tour until this date, “Yo Yo Bye Bye”  (from the album Elephant Eyelash, 2005), which was met with great enthusiasm from the audience.  It was a brilliant performance.

Interestingly, for the first time on the tour, Why? were in the position of performing two encores, and came back on the stage for one last song, “The Hollows” (from the album Alopecia, 2008).

Yoni and the rest of the band seemed genuinely taken aback but at the same time very grateful for the appreciation.

The band created an incredible atmosphere throughout Lee’s Palace and the night proved to be astounding.  For all their technology, this is a band of musicians, who play live music and know their instruments, their staging and their audience.  They are talented musicians who reproduce their music extremely well live.  Why? are a band that seem content in a smaller venue, but they could pull of a major stadium when the time comes.  A brilliant concert and one of the best I have seen this year.

Born and raised in Whitby, Aaron discovered music through his love of The Beatles. This led to a career in radio, writing for various publications, and ultimately a radio show about The Beatles (Beatles Universe), which ran for over four years. When not immersed in music, Aaron enjoys spending time with the loves of his life -- his wife Andrea, and daughters Emily and Linda (all of whom have an intense love of music too).
RELATED ARTICLES
lee's palacelive reviewmoh lhean