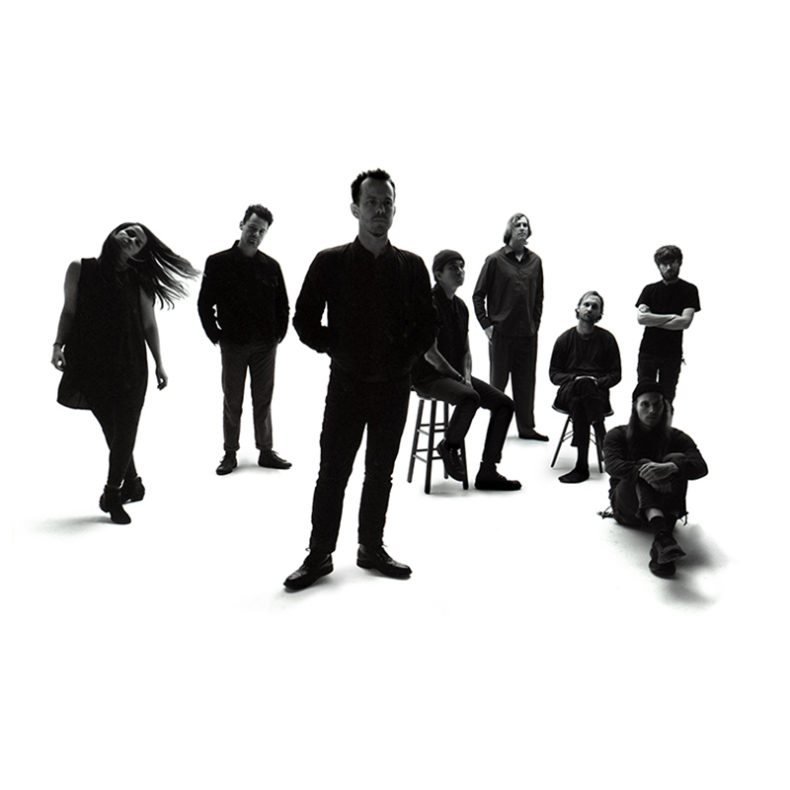 For a band that wrote such a dark and moody album as 2018’s Offerings, Typhoon is a band that sure knows how to put a smile on a crowd’s face.

Despite some minor technical issues to start off the set, such as a violin not working in the PA and an unresponsive mic cord, Typhoon was able to deliver a tight and fun set to a crowded Lee’s Palace. It is easy to see from lead singer Kyle Morton’s banter with the crowd that this is a band who loves to be on stage. It’s like they use the energy of the audience to rework their already stellar-sounding studio work into something totally different. While 2013’s White Lighter featured more acoustic and folk-influenced music in contrast to Typhoon’s latest album, when played live, crowd favourites like “The Lake” take on a whole new dimension with Morton and co. delivering electrified versions of songs fans have long ago memorized.

Typhoon is a band that seems to genuinely make an effort to learn a little bit about the city they’re playing in and use it as a way to connect with the crowd. From a cheeky Scott Pilgrim reference to learning the correct punctuation of Bloor Street, it’s a little touch, but it’s those tiny details that go a long way in creating an intimate and one-of-a-kind atmosphere. It feels like every stop on this tour is different, with different cities getting little shout-outs unique to the venue.

Generally speaking, the music of Typhoon tends to get very dark and very moody, but when seen live the energy of the band and the enthusiasm of the crowd elevate the music to a totally new realm. It’s truly a sight to behold as upwards of seven band members all work together to create something truly unique for fans on a rainy January night.

Photographer by choice, writer by necessity. Since moving to Toronto in 2011 Morgan has become an active member of Toronto’s music scene. On any given night he can be found at various venues with his camera in hand. There’s nothing he loves more than exploring all the venues this wonderful city has to offer, discovering new bands and genres along the way.
RELATED ARTICLES
lee's palacelive reviewofferings