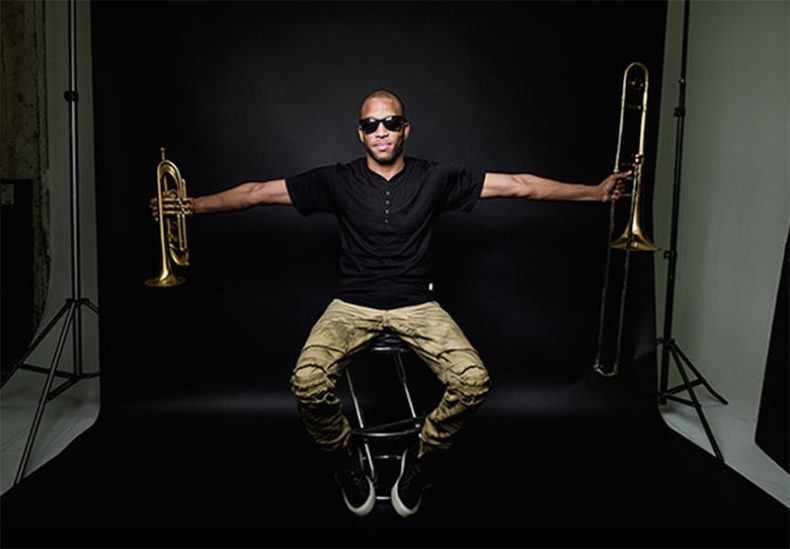 2017 has proved to be quite the year for Trombone Shorty and his backing band, Orleans Avenue. Throughout the first half of the year, the band wowed stadiums across North America as they opened for The Red Hot Chili Peppers on their recently concluded The Getaway Tour. Shortly after, he would release his fourth full length album, Parking Lot Symphony which he has recently started a headlining tour of his own to promote the release.  With two stops at Toronto’s Danforth Music Hall, the show on the 24th of October being the second, it comes as no surprise that Trombone Shorty & Orleans Avenue along with show openers Vintage Trouble put on a truly incredible performance that will certainly be among the best show you’ll see this year; perhaps ever.

It’s a rare thing to be at a concert and discover a significant chunk of the audience are there for the openers. This was the case for Hollywood’s Vintage Trouble as I learned through some of the people around me, with one woman even comparing them to James Brown and The Rolling Stones. I was both excited and skeptical and completely surprised to discover that this was no exaggeration. The band took the audience to smoky juke joints, the black heart of the delta and to church on Sunday morning throughout their forty-five minute set that consisted of groovy rockers and crunching riffs that were built upon a deep appreciation for blues and gospel music. The group’s vocalist, Ty Taylor was everything I was told, and then some. Vocally he could screech like Brown while also hitting notes in the lower register, displaying an incredible range, but his stage presence is unmatched. In their short set, Taylor had danced across every inch of the stage that he could and then walked through the entire sold out audience, making his way up to the balcony. After this he ran back down, stood on a table and surfed the crowd back to the stage. After pouring their hearts out and putting everything they had into their show, the band jumped off the stage and walked to the back of the venue where they met their fans and signed stuff at their merch table. It is one thing to put on an amazing set, but it is completely different to put on a show that is unlike anything I have ever seen before. In every regard, Vintage Trouble are one of the best performers out there who put on a show that no one could forget. 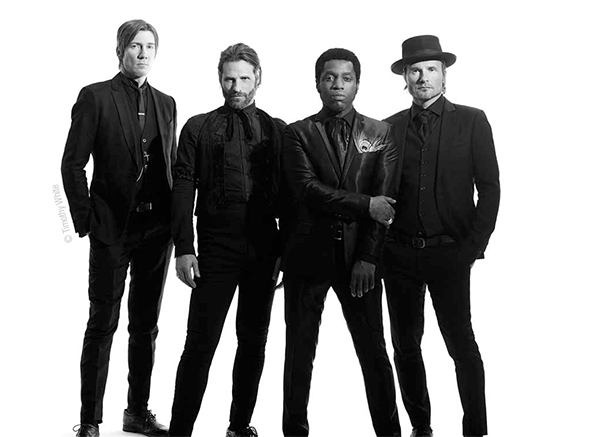 While following Vintage Trouble, no matter who you are is no easy feat, Trombone Shorty & Orleans Avenue took the stage for a near two hour long set that was nothing short of exceptional. Sporting a seven piece band that included two guitarists, bass, drums, alto and bari sax, and Trombone Shorty who covered lead vocals, trombone and trumpet, the group performed a set that felt like a spontaneous jam at what I would imagine a New Orleans block party to be like. The band each took turns to solo throughout the length of the concert and while this can often feel tiresome and create a disjointed feel among the various parts of the show, Trombone Shorty’s set was incredibly cohesive as songs bled into jam sessions that often exceeded the ten minute mark. In these jams, the individual band members shined as virtuosos on their instruments as they took lengthy solos or traded back and forth over the form of the song. This is where the band’s sound is distinctly connected to the traditions of jazz as despite clearly being a highly rehearsed set, there was a strong sense of improvisation that bred a a fluency that very much resembled that of a Prince concert. An example of the band’s flexibility and adaptive nature was during a vamp, Trombone Shorty saw my Chili Pepper shirt from the front of the crowd and starting singing “Give It Away” which sparked his guitarist to reference the song briefly.  What further made this show feel like an intimate party was the look of astonishment of the musician’s faces as they watched in awe as their peers performed jaw dropping solos, showing once again a level of musicianship, integrity, and spontaneity amongst the musicians. Their set also featured two guest appearances, the first from Ty Taylor who performed an incredible cover of James Brown’s “I Feel Good” and the second saw Trombone Shorty invite Ted Peters, a local Trombonist who has Shorty’s signature tattooed on his arm, to jam on the band’s closing number, a jazzy Mardi Gras inspired rendition of “When The Saints Go Marching In.” Trombone Shorty & Orleans Avenue are one of the tightest bands there is and much like the musical culture of New Orleans, their concert was one of community amongst the band and the audience.  Trombone Shorty himself is a marvel to watch as he is to the trombone what Jimi Hendrix is to the guitar; adventurous, experimental, and revolutionary, but as a whole, Trombone Shorty & Orleans Avenue are nothing short of being one of the best live acts there is.

Collectively, Vintage Trouble and Trombone Shorty & Orleans Avenue delivered a concert that transcended all expectations; so much so that I regret not going to their first Toronto show a day earlier. For fans of the bands and the genres of funk, rock, and jazz, this truly was a night that seamlessly and masterfully blended the three together, while for musicians it was an education in the importance of musicianship and showmanship. I cannot praise either band enough for their performances and can say that without a doubt, this is one of the greatest concerts I have ever seen.

A passion for music has always been a part of Gerrod’s life. As a young boy, he was raised on a steady diet of the music from The Chili Peppers, Aerosmith, The Stones, Prince, and others from his mum. Raised in the GTA, Gerrod continued to foster his love for music by attending a wide range of concerts and learning the drums. His unapologetic passion for music has no bounds and has spread to a wide variety of styles, whether it be the 90’s rock that sound tracked his teenage years, the jazz he studied in university, or his newfound love for hip-hop. He recently received his bachelors in music and education from York University and is passionate about writing and reviewing good (and less than good) music. Gerrod is also the drummer and songwriter for a Toronto based rock & roll band, One In The Chamber.
RELATED ARTICLES
blue note recordslive reviewthe danforth music hall
10

SPILL ALBUM REVIEW: NORAH JONES – PICK ME UP OFF THE FLOOR