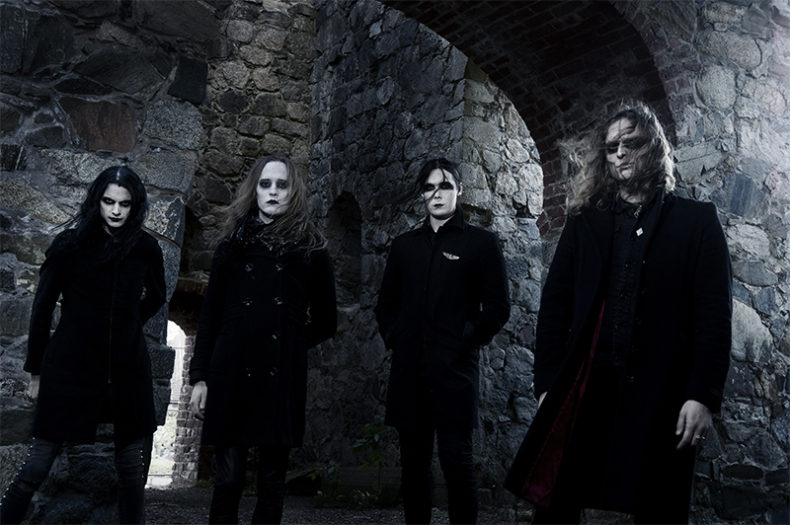 The second stop on Tribulation’s North American tour saw the band bringing serious intensity to Lee’s Palace in Toronto. Though their style has been described as gothic, heavy, or black metal in the past one thing is certain, they rock. From the moment they stepped on stage the energy was charged, and never showed signs of slowing. The electrifying guitar playing of Adam Zaars and Jonathan Hultén was the constant highlight of the performance, each with their own impressive solos within the set. Not only are they skilled guitarists they also know how to put on a show, energetically moving around the stage and always clearly enjoying themselves.

Where some acts are criticized for live performances not sounding enough like their commercial releases, Tribulation’s live show only enhances their music. Not only do they sound great the band’s intensity throughout their performance is infectious, inspiring a mosh pit among the most devout audience members.

The only let down of the performance came from the band’s stage lighting, which never changed from the single light directly below lead singer Johannes Andersson’s microphone. Though the band put on a great show musically, it left something to be desired in terms of production value. Aside from the disappointing lighting Tribulation went on to perform a great set that every metal fan should make a point to attend on the rest of their North American tour.

Born the son of a lifelong musician, and brother to a professional travel photographer, Braydon has combined his passion for music and photos to carve his own path in the creative world. Based in Toronto, he can be found either at a concert or on the way to a photoshoot – always with a set of headphones in-ear.
RELATED ARTICLES
lee's palacelive reviewtoronto