The Strawbs are celebrating the 50th Anniversary of their debut album in 2019. Their first album, Strawbs, released in 1969 could be considered their second album, because they had released an album with Sandy Denny. But, Strawbs turned 50 years old in 2019 and this was acknowledged by a series of concerts in Lakewood, New Jersey over the weekend of April 26 -28. Call it Strawbstock or Strawbfest, but one thing is certain it was an incredible weekend full of brilliant music and variations of Strawbs. The Strawbs have had many member changes over the years, and this was a way of having past members return, if only for a couple of nights.

The entire weekend was emceed by the brilliant Wesley Stace, a wonderful choice because of his humour and his absolute love of all things Strawbs. He is well known for his New York City show Cabinet of Wonders as well as his own albums.  He brought some of the people who work on that show to help him out. He actually opened the entire weekend with his band and many special guests. His show, Wesley Stace’s Modern Collection of Antiques and Curios featured Eddie Carlson (bass); Patrick Berkery (drums); Dag Juhlin (guitar); David Nagler (keyboards) and Stace himself on guitar and vocals. It was a tribute show of Strawbs covers. Special guests included Bridget St John (who performed a brilliant version of “Sealed With A Traitor’s Kiss”), and  Pete Donnelly (of The Figgs) with his stunning take on “Here It Comes”.  Although all of the artists were brilliant,  the show stealer was Tammy Faye Starlite who performed an incredible version of “The Man Who Called Himself Jesus”. Sophie B Hawkins closed this segment with her version of “Burning For Me” and her own song “Damn! I Wish I Was Your Lover”, which although not a Strawbs song, was a great deal of fun.

Up next was Dave Bainbridge, the newest member of Strawbs. He performed a solo set. Although he is their keyboardist, he took to the stage with a guitar, computer and keyboard and proceeded to wow the audience with his own distinct instrumental music. Celtic influences and prog rock flowed through the songs. He was also a member of Iona, and their music snuck into this set. Perhaps the highlight of his set was an incredible improvisation of  Strawbs “Autumn”, which, I don’t think, left a dry eye in the audience. He was charismatic and remarkably talented.

Bainbridge was followed by a set by Dave Lambert, long time guitarist and vocalist with Strawbs. Lambert performed solo songs as well as songs from Strawbs catalog and his side project, Fire. I was hoping for a set from Fire, but his version of “Father’s Name Is Dad” was brilliant and nice to hear live. He also performed Nashville Teens’ “Tobacco Road”. The Nashville Teens keyboardist, John Hawken, would go on to join Strawbs from 1973 to 1975, and yes he joined Lambert on stage. Lambert is a brilliant, and underrated guitarist. But he is also an accomplished vocalist. He played an incredible set.

Concluding the first night was a set by Strawbs with the Terra Nova Orchestra (conducted by Wilbur Whitman, although Tony Visconti took a turn for a couple of songs). Strawbs were joined by many friends during this set, including past members (Blue Weaver and Brian Willoughby). Their guests included Annie Haslam, Cathryn Craig, Eric Bazilian (The Hooters),  and Larry Fast. This was an emotional and stirring event. Strawbs sounded fantastic with the orchestra and Dave Cousins’ vocals soared during the evening. Opening with his solo song “Blue Angel”, he was ready for the night. There were some surprises, such as Strawbs covering the Bee Gees’ “Songbird” from Main Course, which was written by Blue Weaver with the Brothers Gibb. Also Eric Bazilian performed his song, “One Of Us”, which sounded majestic with the orchestra. Cousins referred to the song as one of his favourites of all time. Annie Haslam performed her song “Reaching Out” and a cover of the Sandy Denny classic “Who Knows Where The Time Goes”. For the record, Sandy Denny was very much a part of the whole weekend.

Strawbs concluded this portion with “Oh How She Changed” (from Strawbs), “The River/Down By The Sea” (From Prognostic) and “Here Today, Gone Tomorrow” (from Deja Fou). All fantastic songs, made better with the live orchestra.

Day two kicked off in grand style with Brian Willoughby and Cathryn Craig, known as Craig and Willoughby. Of course Willoughby was in the Strawbs until 2004. He has also established a solo career as well as duo with Cathryn Craig. They performed an acoustic set, complete with Craig’s dry humour. Their performance was breathtakingly beautiful. Willoughby’s musicianship was flawless, and he is as much at home with an acoustic as he is with an electric. Wonderful stories and wonderful songs, including the exquisite “Alice’s Song”, which was later covered by the Acoustic Strawbs. 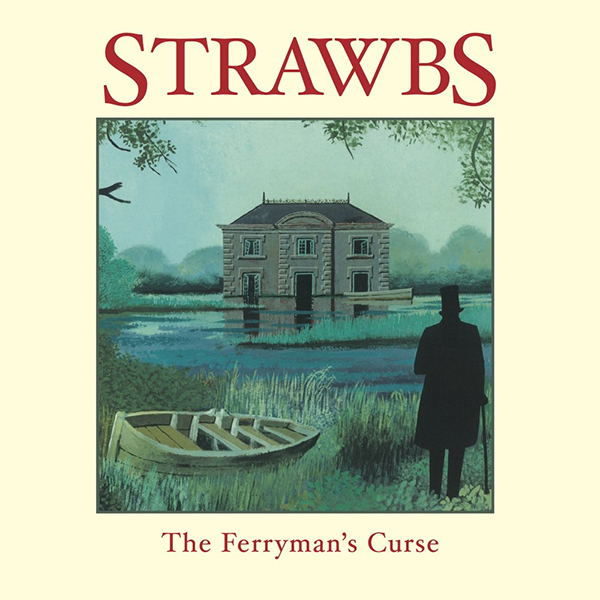 Next up, John Ford commanded the stage with his band (which includes his son, John on guitar). This was an explosive, enjoyable set. Ford demonstrated a great sense of humour and through his stories he created a very intimate experience. His band was tight and the setlist comprised of Strawbs songs, Hudson Ford songs, solo material and a cover of The Beatles’ “If I Needed Someone”. Interestingly, the  Strawbs songs he performed were actually written by Cousins, “Stormy Down” (from Bursting At The Seams) and “Witchwood” (from From The Witchwood). It was a fantastic set.

Next up was the event that many people were waiting for, the entire Grave New World from beginning to end, with new narration written by Cousins, but performed by Wesley Stace. This was the first time the album has been performed in its entirety and an event many Strawbs fans have been craving.  Cousins was joined by John Ford, Brian Willoughby, Blue Weaver, Tony Fernandez, Wesley Stace, Eric Bazilian, and Cathryn Craig and the end result was nothing short of inspirational. And to be honest, quite emotional for those of us who have grown up with the masterpiece. It worked perfectly and by the end, emotions were running high. Cousins sounded phenomenal and it was easy to see how much he was enjoying himself.

After a short break, the Acoustic Strawbs took to the stage. This was a well needed rest following Grave New World. It was a shorter set, with Annie Haslam returning for three songs. They played beautifully together and it was hard to believe that this configuration had not been together for years and years. It was a great set. Again, Cousins dazzled with his playing and vocals. It was brilliant.

After another break, Cousins took to the stage, this time with Larry Fast for an ‘experimental’ set. Fast played synthesizer and Cousins was on guitar and vocals. It was a shorter but inspirational set. As the set played on various members came on stage until the whole band was playing with them and all too soon the audience was ready for the grand finale.

The Strawbs took to the stage for a complete concert. And what a concert it was. Cousins and company were completely in sync and they blew the roof off the theatre. They performed many songs from the classic Hero and Heroine album. But they also performed “Part Of The Union” with John Ford. Something I never dreamed I would see performed live by the Strawbs with Ford. It was a solid performance, enhanced by the addition of the U.N. Singers, a choir that performed two of their own songs and then provided back-up for the final finale. “We Have The Power” (from The Ferryman’s Curse) was beyond belief.  The night ended with an electric version of “Lay Down”, choir, guests and all. And all too soon, it was over.

This was a significant event and a beautiful way to celebrate a remarkably talented band. It was an honour to attend. The band and guests enjoyed it as much as the fans. On Sunday morning there was a brunch with more live performances.

A great deal of credit needs to go to the organizer of this event, Ray Cole and his staff. They pulled off a wonderful, if not historic, event at a beautiful theatre. It was a weekend Strawbs fans will not soon forget and many others will be envious who could not attend. One hopes that it was recorded for possible CD/DVD release.

An incredible, emotional and wonderful weekend, celebrating an incredible band with an ever growing history. They continue to record new material and tour and I sincerely hope we have another event such as this one.

Born and raised in Whitby, Aaron discovered music through his love of The Beatles. This led to a career in radio, writing for various publications, and ultimately a radio show about The Beatles (Beatles Universe), which ran for over four years. When not immersed in music, Aaron enjoys spending time with the loves of his life -- his wife Andrea, and daughters Emily and Linda (all of whom have an intense love of music too).
RELATED ARTICLES
live reviewnew jerseystrawbs