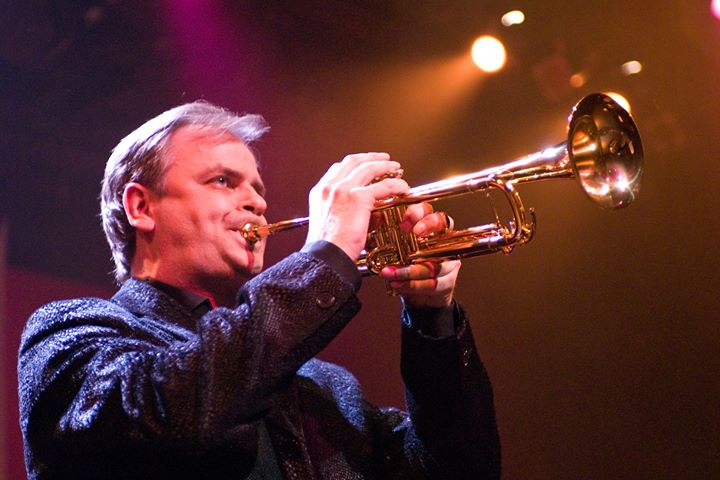 It was a spirited night of all things Canadian when Koerner Hall hosted an all-star big band made up of Order of Canada recipients and seasoned Toronto jazz stars.

Conceived by fellow Order of Canada recipient, trumpeter, and artistic director Jens Lindemann, it was a night of pure magic bringing together composers, arrangers and musicians to celebrate Canada’s cultural legacy in the jazz idiom.

The band opened the night performing two compositions by Canadian jazz dean and pioneer Phil Nimmons. “The Dorian Way” is a perky modal blues piece that set a cool tone for night and “Nufsicisum” (“Music is Fun” spelt backwards) is another inventive piece that is reminiscent of The Odd Couple theme song. A highlight was Johnson’s solo, when the band sustained one note for a whole 32-bar chorus, bringing intensity, contrast, and colour to the arrangement of the piece.

Don Thompson, in addition to being a beast on bass, vibraphone, and piano, shows that he is an advanced composer through his piece “For Kenny Wheeler,” dedicated to the famed Canadian jazz trumpeter. The piece is very modern and takes some intriguing twists and turns, while strongly highlighting the talents of pianist Thompson and saxophonist Dwyer.

Allan Gilliland’s three-part suite, “Dreaming of the Masters,” is an effective showcase combining blues, orchestral music, Latin figures, a tenor duet by Dwyer and saxophonist Dean, then climaxes into a drums and percussion feature by drummer Clarke and percussionist Kristian Alexandrov.

The biggest highlight of the all-Canadian celebration was the second half of the performance, dedicated to the compositional classics of famed Canadian piano legend Oscar Peterson. In its entirety, Peterson’s Canadiana Suite has been texturally arranged beautifully by Nimmons, complete with a well-put-together overture to introduce the piece. It featured Thompson playing beautiful vibes on “Ballad to the East;” Dwyer, Thompson, Alexandrov, and Banks taking piano turns on “Place St. Henri” and “March Past;” Basso and Lindemann interplaying between each other on “Land of the Misty Giants;” and guitarist Reg Schwager taking some good turns on the “Blues of the Prairies” / “Hogtown Blues” feature.

Peterson’s civil rights classic “Hymn To Freedom” is a soulful and a bold arrangement by Dean McNeill that features great solo turns by Lindemann, Basso, and Dwyer shaking the rafters like it was a church service.
Closing off the night was Rob McConnell’s arrangement of Mercer Ellington’s “Things Ain’t What They Used To Be,” which brought the night to a celebratory close with some good hearty blues.

It was a beautiful night of fresh arrangements, exotic compositions, and paying homage to the spirit of Canadian jazz through its creators and performers. To experience all this historic talent and arrangements in one sitting is something that has to be experienced to take in its historical magnitude. A great night of music performed by the best in Canadian jazz makes this a night to remember.