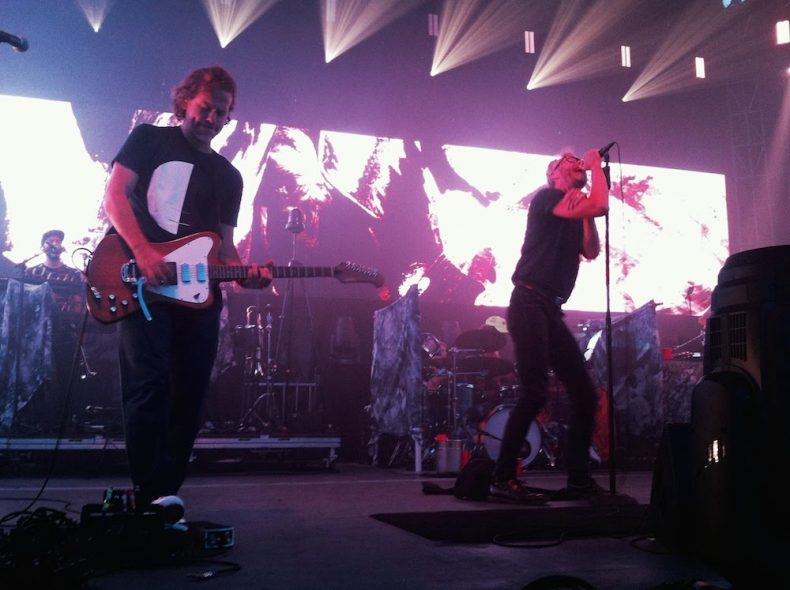 “Kate Staples and Hannah Georgas.” Matt Berninger gestured towards the two women to his left as he and his bandmates took their places on the stage at Deer Lake Park. He was referring to his guest performers for the evening, tasked with providing the feminine vocal counterpart to The National frontman’s own signature baritone.

“Your very own Hannah Georgas,” he repeated, as though unimpressed by the initial response from the thousands of people moving from sitting to standing on the festival lawn. Once he had their full attention, the band eased into “Rylan” from their recently released eighth studio album, I am Easy to Find.

During the two-hour performance, Berninger explored a myriad of personas ranging from affable MC to tormented lover. He threw himself fully into the latter during “The Pull of You,” shrieking into the microphone during the final refrain while thrusting his limbs in all directions.

It’s amazing how well this band delivers on their live performance when you take into consideration how different the arrangements can be from the album to the stage. Although Berninger is clearly the ringleader of the ensemble, each member is a star in their own right. Brothers Bryan and Scott Devendorf ruled the rhythm section from near the back of the stage. The two seem to have some sort of hive mind, voodoo thing going on and it’s really working for them and the band. 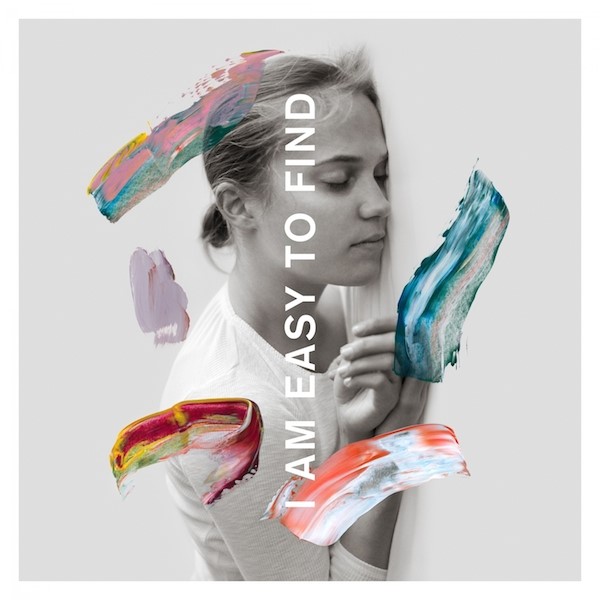 I AM EASY TO FIND ALBUM REVIEW

Meanwhile, the Dessner brothers, Aaron and Bryce, were having some transcendental jams of their own, squeezing every last ounce of sublime sonic solution out of their guitars. One could almost see the sound waves ricocheting from one side of the stage to the other.

The set started off with a string of tracks from the new album but managed to pay homage to all but the first two albums of the band’s discography. “Bloodbuzz Ohio” was an obvious crowd favourite early on from High Violet, the album that initiated their commercial success.

They saved most of the older favourites like “About Today” and “Fake Empire” for the end of their performance and dove into “Mr. November” headfirst during the encore, proving that Berninger and company can still go all out for a solid two hours.

It shouldn’t come as any surprise for fans of the National to know they ended their performance with an acoustic sing-along of “Vanderlyle Crybaby Geeks”, sneaking it in after the 10pm curfew the venue needs to abide by. No doubt, the performance left fans fulfilled, the only question up for debate would be which was the best moment.

Mariko is a freelance writer and photographer based out of Vancouver, BC. She is a music junkie, an intrepid optimist and a fish taco enthusiast. She lives in a campervan full time and is dedicated to exploring the connection humans have with music and sound via her personal blog Earthly Pursuits. When she’s not at a concert or stuffing her face with fish tacos you can find her outside either near water or in the mountains.
RELATED ARTICLES
4adi am easy to findlive review
10

by Richard Gerritsen on November 8, 2019
Gene Clark No Other (Deluxe Boxset) 4AD 4AD has remastered late American singer/songwriter Gene Clark’s 1974 solo album No Other. But the question is, did they really need [...]
6.0