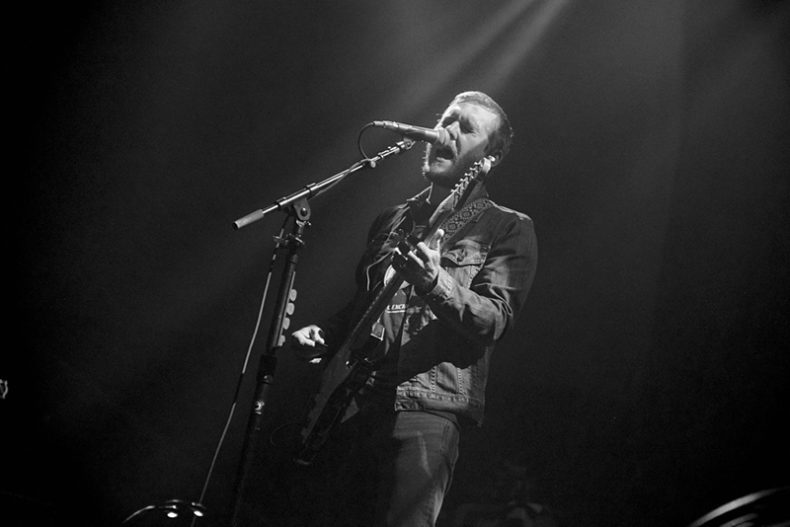 The 59 Sound is a special record for a lot of people. Ten years ago the album found an instant audience that catapulted The Gaslight Anthem into the higher echelons of punk rock stardom. Songs off that album have been used as wedding songs, lyrics are tattooed on fans across the world, it wouldn’t be surprising if there’s a few ten-year-olds out there who owe their existence to their parent’s favourite album. To this day the album continues to influence modern punk rock. The Menzingers, Against Me!, even hardcore acts like Everytime I Die have all taken influence from the Jersey quartet’s seminal work.

Flash forward ten years. The Gaslight Anthem hasn’t been a band for over three years. When it was announced that the Gaslight Anthem would be reuniting to celebrate the album that made them famous, fans were understandably excited, but with sky high (some might say great) expectations.

Unsurprisingly, armed with one of the most singable records ever written, The Gaslight Anthem did not disappoint.

The time off seems to have only sharpened the group’s stage presence. The band played with an energy fans had been missing since the earlier Gaslight tours. Aside from a brief tangent about planes and headphones, lead singer Brian Fallon kept crowd interactions to a minimum. The music was the star of the night and the group was keen to keep the spotlight squarely on The 59 Sound.

To open the show the group eased the audience back into The Gaslight Anthem by opening the show with a few deeper cuts before launching into the album. As soon as the first note of the album’s opening track “Great Expectations” was played, Fallon probably could’ve stepped away from the microphone. The crowd was more than happy to sing the entire album. Highlights from the album include an intimate performance of perennial tearjerker “Here’s Looking At You, Kid” filling the venue with lit phones and lighters.

Forgoing a traditional encore, the group decided to squeeze as many of their non-59 Sound hits into the back half of the show as possible, bringing out opener Matt Mays for a duet of “National Anthem” and finishing off the evening with the rousing anthem “American Slang”.

The Gaslight Anthem has made it clear that this is the end of Gaslight, after this tour there won’t be a new record or another tour. If this really is the end, then the band got to give their most die-hard fans one hell of a night to remember and went out on a high note. But who knows, the tenth anniversary of Handwritten is only four years away and I don’t think there’d be too many disappointed fans if the Gaslight Anthem decided to hit the road again.

Photographer by choice, writer by necessity. Since moving to Toronto in 2011 Morgan has become an active member of Toronto’s music scene. On any given night he can be found at various venues with his camera in hand. There’s nothing he loves more than exploring all the venues this wonderful city has to offer, discovering new bands and genres along the way.
RELATED ARTICLES
live reviewrebeltoronto