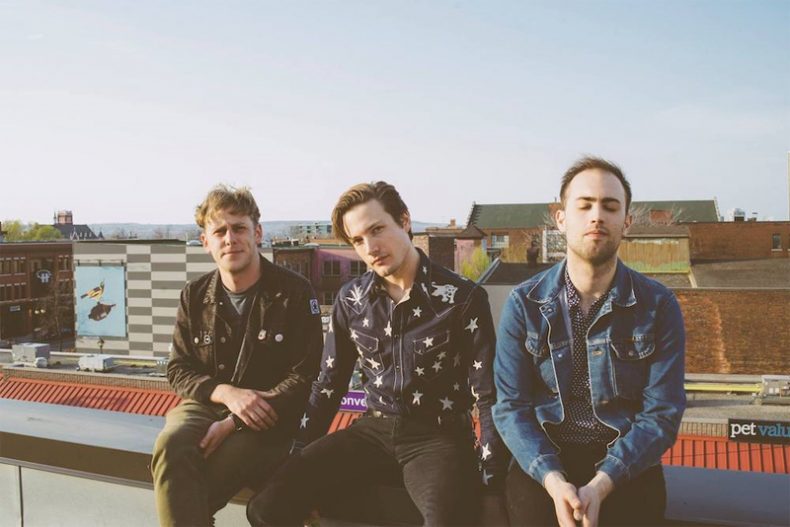 Rejoice! The prodigal sons have returned!

The Dirty Nil rolled into the Phoenix Concert Hall in Toronto marking the fifth stop on their aptly-dubbed Idiot Victory tour, which will see the Dundas, Ont. trio trek across North America through December.

Strutting out from behind a red mist to the sweet musical stylings of Kid Rock’s “Bawitdaba” on tape, The Dirty Nil launched into their newest single, “Idiot Victory”, to kick things off for the tightly-packed standing room floor.

Draped in a star-patterned suit jacket and matching starry tie, Frontman Luke Bentham stood at the lip of the stage, chewing bubblegum and occasionally blowing bubbles while wailing on his guitar. He was joined by bassist Ross Miller, and the two, as usual, executed flying high kicks and leaps from side to side while stage lights coated them in bright, shimmering whites, reds, and yellows. Sitting bolt upright behind the drum kit, Kyle Fisher matched Bentham and Miller’s energy with the drumsticks in his hands, laying out staggeringly heavy beats. 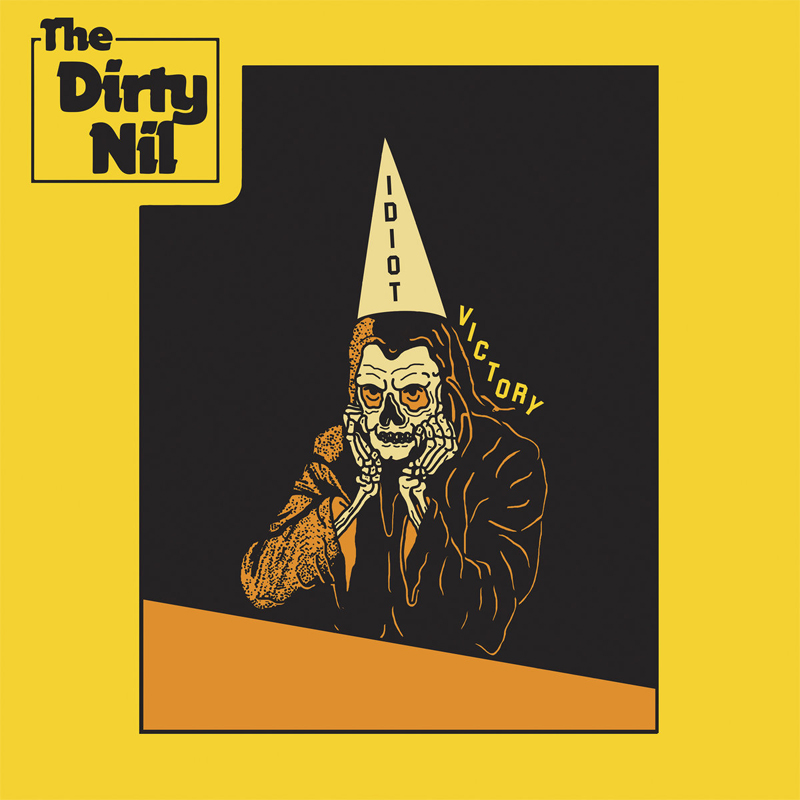 “If you’re not in heaven yet, you will be now,” announced Bentham before playing “That’s What Heaven Feels Like.” The Dirty Nil mostly dipped into 2018’s Master Volume for the set-list, which included the tracks “Smoking is Magic” and “Evil Side” alongside the bonus track “Astro Ever After” and their cover of Metallica’s “Hit The Lights.”

On top of all that, they knocked a few of the older fan-favourites — like “Zombie Eyed” and “No Weaknesses” from Higher Power (2016) — outta the park with energetic consistency, and even premiered an unreleased track called “Hello Jealousy.”

The audience was hooked from the get-go, reveling in cuts like “Please, Please Me” and “I Don’t Want That Phone Call” by forming mosh pits, crowd surfing and throwing devil horns, plastic cups, tall cans, and the occasional shoe up into the air.

By the end of the evening, after being roused by a roaring audience, The Nil returned to the stage for an encore. Miller addressed the crowd, he thanked everyone for coming out and said they would play one final song: an electrifying cover of Queen’s “We Are The Champions”. He also encouraged everyone to jump along with the band to close out the show.

After expertly merging spectacle with attitude and grace, The Dirty Nil delivered a fantastic live show that more than satisfied any hungry rock ‘n’ roll soul, it left their ears ringing too.

Matt Owczarz is a freelance writer/journalist based in Mississauga, Ontario.
RELATED ARTICLES
live reviewphoenix concert theatrethat's what heaven feels like