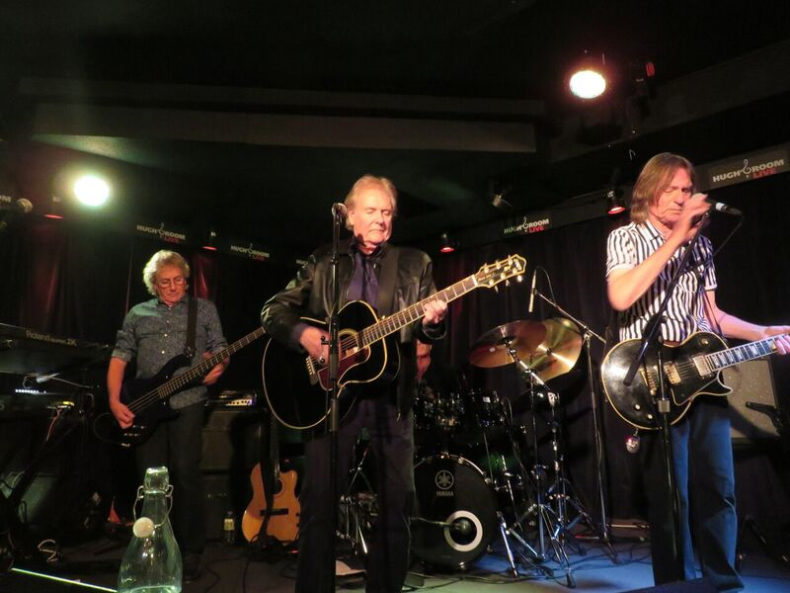 The Strawbs played two consecutive nights at Hugh’s Room in Toronto. The second also happened to be their 35th appearance at that venue. A remarkable feat for any band, but Strawbs are not ‘any band’, they are one of the most influential and enduring prog rock bands of all times. This is funny, as they did not start out as a prog rock band.

The Strawbs started life as Strawberry Hill Boys, but by 1967 they shortened their name to Strawbs, and their self-titled debut album was released in 1969 (Strawbs). In fact, in 2019 they will be celebrating their 50th Anniversary with a very special and incredible three day event at The Strand in Lakewood, New Jersey.

Tonight, Strawbs were showing of their most recent studio album and dipping into their catalogue for some deeper cuts and playing their hits. It was a brilliant night and Strawbs were playing as good as ever if not better. They opened the show with two songs from their most recent album, The Ferryman’s Curse. New recruit to the band, Dave Bainbridge, did his thing on the keyboards with the brilliant and moving “In The Beginning”, which flowed into “The Nails From The Hands Of Christ”, the two opening songs on the album. By this time, Dave Cousins took the stage during “The Nails From The Hands Of Christ”, and the show was underway. Cousins, the founding member of the group, is the last original member but Dave Lambert, guitar, has been with the band since 1972, and bassist Chas Cronk has been there since 1973. Drummer Tony Fernandez, who was outstanding, joined in 1977. So, it is a band with a history and these guys form a tight unit. 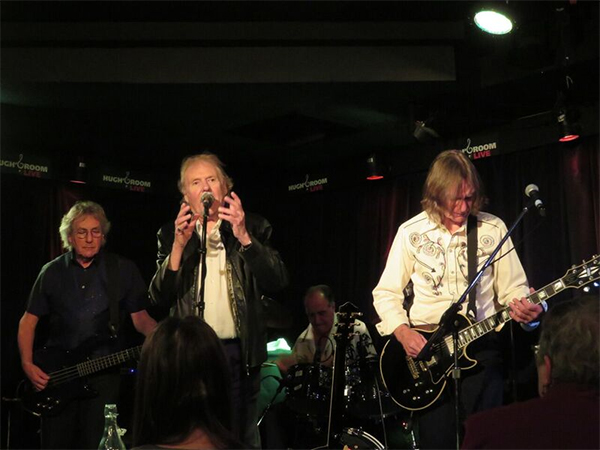 Of course they did the hits, “Lay Down”, “Autumn” ( a personal favourite as it was our wedding song) , “Hero and Heroine” and “Round and Round”, but I was surprised and thrilled when they went deep and played some album cuts, such as “The Promised Land” from the classic Nomadness, “So Close and Yet So Far Away” and “Turn Me Round” from the seldom heard but brilliant, Deep Cuts. These songs are not often performed or played on the radio, so they were welcome additions.

This show was not about nostalgia, in fact  Cousins did not tell as many stories as he has in the past, but rather a working, current and relevant band. “New World” may have been written about the troubles of Northern Ireland, but it is as relevant today, if not more. Especially when you hear Cousins’ emotional and passionate voice deliver those powerful lyrics.

Strawbs may be celebrating 50 years, but this band sounds like a new, hungry band who are giving it their all when performing. The show was powerful, entertaining and above all brilliant. I have seen Strawbs several times, and, like a fine wine, they just keep getting better with age.

Born and raised in Whitby, Aaron discovered music through his love of The Beatles. This led to a career in radio, writing for various publications, and ultimately a radio show about The Beatles (Beatles Universe), which ran for over four years. When not immersed in music, Aaron enjoys spending time with the loves of his life -- his wife Andrea, and daughters Emily and Linda (all of whom have an intense love of music too).
RELATED ARTICLES
cherry recordshugh's roomlive review

by Judi Cuervo on October 11, 2018
STRAWBS MARK 50th ANNIVERSARY! Strawbs marked their 30th Anniversary with a two-day celebration in Chiswick, England and their 40th with a similar event in Twickenham, England.  Now, for [...]
10