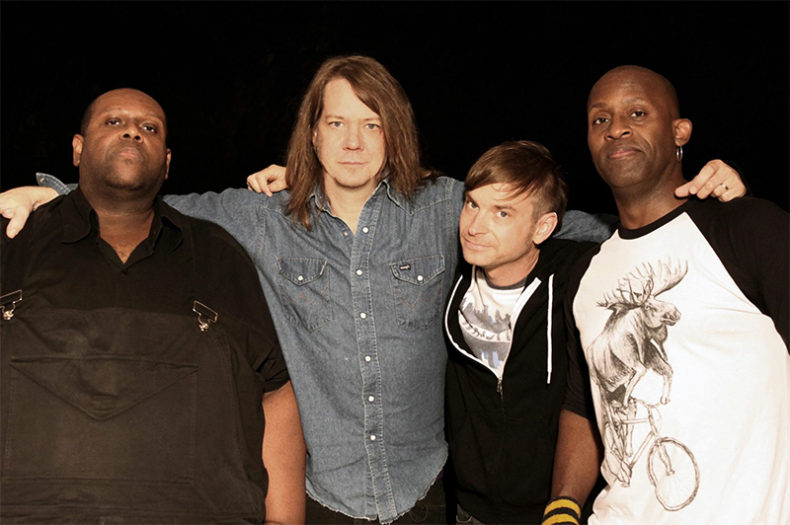 The last time that Soul Asylum came to Toronto, I was in diapers.  I was one month and a day shy of being one years old.  October 23rd, 1995, Soul Asylum played the Palais Royale Ballroom on their Let Your Dim Light Shine tour.  In fact, they came to Toronto at least twice a year in the early 90’s, but something- and I’m not sure what- changed that.  Breaking that twenty-two year streak, Soul Asylum, along with show openers Cracker, brought their current North American tour to Toronto’s Danforth Music Hall for a night of great 90’s nostalgia.

Walking onto stage to the sound of a backing track of some intense flamenco guitar and Latin music which sounded as if the band should have been making their triumphant return in a western film, Cracker walked on to thunderous applause and cheers from what sounded to be a crowd twice the actual size of who was there.  Similarly to Soul Asylum, aside from a set at Lee’s Palace on January 15th, 2015- touring to promote their most recent release, 2014’s Berkley To Bakersfield– Cracker has not actually been to Toronto since 1998.  Due to their absence and a sense of wonder as to when they will return, the audience was calling out requests and celebrating every moment that Cracker was on stage.  The band opened their set with “One Fine Day” and continued to pick up the pace from the semi-ballad with the groovy “Gimme One More Chance” and “Euro-Trash Girl”.  While founding vocalist and rhythm guitarist David Lowery was backed by the excellent harmonies of original guitarist Johnny Hickman, current bassist Bryan Howard (introduced as Sensei Howard due to his satin martial arts robes he wore to the show), and keyboardist Thayer Sarrano, he also traded lead vocals with Hickman for “California Country Boy” and the emotionally driven ballad, “Another Song About The Rain”.  One of the highlights among their solid set was their performance of their 1993 hit, “Low”, easily the most underrated ballad of the 1990’s.  To close their set, Cracker put on an energetic performance of “Get Off This” where, just like throughout their show, the band took turns trading solos between the guitarists, keyboardist, and lap pedal guitarist, giving the song a slightly improvised tone as Lowery called out the solos with a quick shout in the mic.  All in all, Cracker put on a great show which balanced their classic slow burners with groovy and blues inspired country rock to keep the Danforth bouncing. 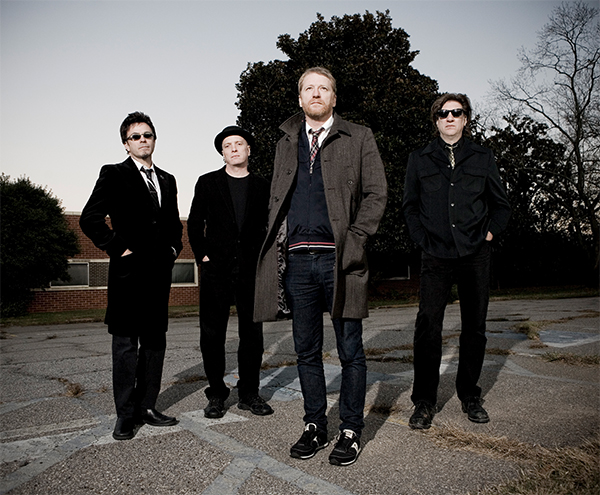 Touring in support of 2016’s Change Of Fortune, Soul Asylum’s founding guitarist and vocalist Dave Pirner was backed by an all-star band, consisting of bassist Winston Roye (Shakira, Lauren Hill), long time Prince collaborator Michael Bland on drums, and Ryan Smith on lead guitar- who only joined the band shortly after the release of Change Of Fortune.  In an interesting choice, within the first thrity minutes of their set, Soul Asylum had played their biggest hits- the opening track “Somebody To Shove”, “Black Gold”, “Runaway Train”, and “Misery”.  When looking at the set, their show could almost be divided into three acts, classic hits, followed by a run of new material, followed once again by classic material including some deep cuts.  While their show primarily consisted of old fan favorites, they performed a string of five songs from Change Of Fortune including “Supersonic”, “Doomsday”, and “When I See You”.  This run of newer material brought a unique dynamic to their set as classic Soul Asylum material often straddled the worlds of glam and alternative rock, whereas their newer stuff has a strong modern rock, and at times pop punk, vibe to it, giving their set a unique twist on today’s alternative rock genre.  Say what you want about Soul Asylum, but their songs truly come to life in the live setting as Pirner dashes and shuffles across stage with a voice that hasn’t aged one bit since the early 90’s, giving him a nostalgic charm while swinging his guitar and hair like an angsty whirlwind of sheer force.  The inclusion of Bland and Roye made the band much groovier and tighter, while Smith performed the lead lines with much skill, giving the funky rhythm section a heavy edge.  To close their hit fueled set, after returning from a short encore break, Soul Asylum blasted through “Without A Trace” and “April Fool”, ending their set with a bang.

While the Danforth Music Hall was certainly alive with 90’s rock nostalgia, Soul Asylum and Cracker proved to put on a very fun show that for life long fans was truly an event of the ages.  It was clear that the audience was hanging onto this night as long as they could as they sang along with Pirner and reveled in the fact that- unless you travelled to see them- Soul Asylum went twenty-two years without coming to Toronto and who really knows when the alternative rock icons will return next.  Thankfully, Soul Asylum will be returning to the greater Ontario area with a performance at Brantford’s WTF Fest on Saturday July 29th, along with Collective Soul and Our Lady Peace.  If you’re into 90’s rock, both Soul Asylum and Cracker are definitely worth checking out!

A passion for music has always been a part of Gerrod’s life. As a young boy, he was raised on a steady diet of the music from The Chili Peppers, Aerosmith, The Stones, Prince, and others from his mum. Raised in the GTA, Gerrod continued to foster his love for music by attending a wide range of concerts and learning the drums. His unapologetic passion for music has no bounds and has spread to a wide variety of styles, whether it be the 90’s rock that sound tracked his teenage years, the jazz he studied in university, or his newfound love for hip-hop. He recently received his bachelors in music and education from York University and is passionate about writing and reviewing good (and less than good) music. Gerrod is also the drummer and songwriter for a Toronto based rock & roll band, One In The Chamber.
RELATED ARTICLES
live reviewsoul asylumthe danforth music hall