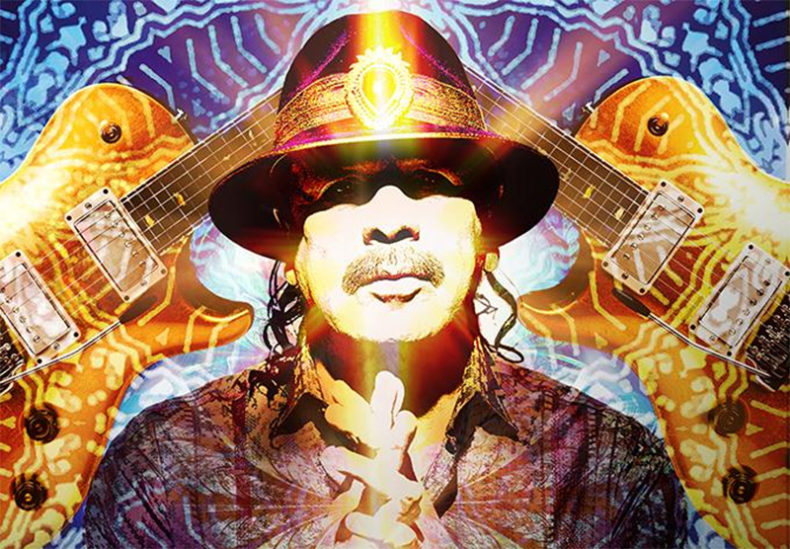 Carlos Santana is an artist who needs little, if any, introduction. From his entrance on stage at Woodstock in 1969, his near fifty-year career has been nothing short of illustrious. Even now, at the age of seventy, Santana continues to push for transcendence through his most formidable medium: the stage. While preparing for his upcoming massive worldwide Divination Tour, Santana booked a handful of dates at Las Vegas’ House of Blues as part of his on-and-off Greatest Hits Live residency at the Underground Concert Hall in Mandalay Bay. For the next two hours, the near sold-out audience, consisting of lifelong fans – both locals and vacationers – were stunned by an intimate performance that displayed exactly why we all fell in love with Santana in the first place.

Opening with “Soul Sacrifice,” the entire club was buzzing with the Latin rhythms from drummer Cindy Blackman-Santana, formerly of Lenny Kravitz, and not one, but two percussionists, both of whom had massively impressive setups, allowing for a vast array of textures. The ensemble was furthered by his two vocalists, who both added percussion throughout the set (with one occasionally jumping onto the trombone), along with the melodies and harmonic movement from a keyboardist, bassist, and rhythm guitarist. This is no exaggeration: Santana put on one of the most physically sophisticated concerts I have ever seen. As the excitement began to swell, Santana slowly walked from behind the curtain and ripped into the opening riff.  The crowd was thunderous, almost overpowering his guitar, which sounds even better live than on record and resonated beautifully throughout the hall. 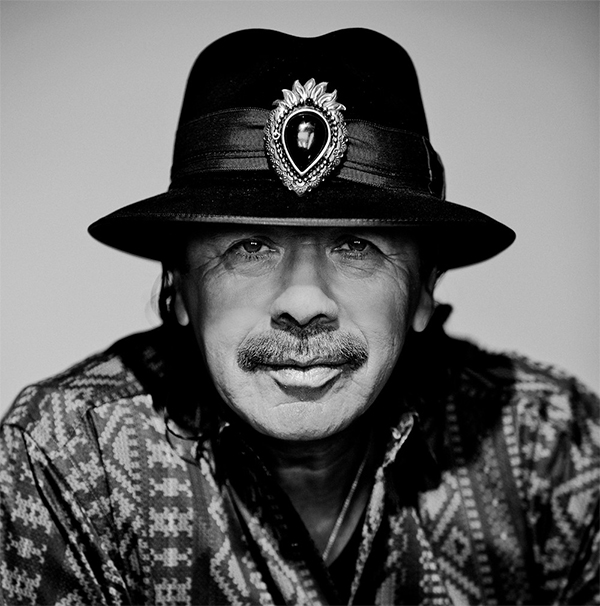 As promised, the band dove head on into Santana’s collection of greatest hits, which have become iconic. Much like his recorded work, his live performance incorporated a strong sense of improvisation, as seen by Santana’s signalling with his hand for the band to continue to vamp or his pointing at a member to prompt them to solo. This is also quite apparent in his own playing as he sporadically, but carefully, referenced other melodies from a series of other songs throughout his own work, most notably his use of The Temptations’ “Get Ready,” The Stones’ “Satisfaction,” and The Beatles’ “Day Tripper” in “Total Destruction to Your Mind,” from his collaboration with The Isley Brothers on 2017’s Power Of Peace.  Such a dedication to spontaneity and improvisation lends itself to the strong jazz element that has always been present in Santana’s career – perpetuated by his performance of John Coltrane’s “A Love Supreme” – and requires that his band be as tight as possible. In this regard, each member performed flawlessly, making for a truly seamless performance that felt free and even more confident than the most rehearsed of sets. His performance was further propelled by hits of the likes of “Maria Maria,” “Black Magic Woman,” “Oye Como Va,” “Foo Foo,” and a fiery improvisation of “Smooth,” which featured an extended guitar solo.

While the music and performance of Santana and his band stands among one of the most exciting, energetic, and unique musical experiences one can witness, this was also an experience of healing. Santana compared the social change pioneered by the likes of Ghandi and The Black Panthers equal to that of the cultural push from musicians such as BB King and Tito Puente and stated that he is “really hopeful for 2018. There are more of us than ever wanting to heal, educate, reform, and work.” He then brought along two representatives from the Milagro Foundation—a non-profit organization that funds relief and education programs around the world—to thank us, as proceeds from each ticket sold go to the foundation.

As I looked around the room and reflected on the political, social, and cultural state of America, I saw a multitude of faces of different ethnicities, religions, and social classes from around the world gathered to watch a band consisting of Latin, African, and Caucasian Americans play music that was largely steeped in the culture and traditions of Latin and African heritage. Santana’s powerful message was reinforced strongly throughout his performance, ultimately making a nostalgic look at five decades of music feel as timely and original as ever.

A passion for music has always been a part of Gerrod’s life. As a young boy, he was raised on a steady diet of the music from The Chili Peppers, Aerosmith, The Stones, Prince, and others from his mum. Raised in the GTA, Gerrod continued to foster his love for music by attending a wide range of concerts and learning the drums. His unapologetic passion for music has no bounds and has spread to a wide variety of styles, whether it be the 90’s rock that sound tracked his teenage years, the jazz he studied in university, or his newfound love for hip-hop. He recently received his bachelors in music and education from York University and is passionate about writing and reviewing good (and less than good) music. Gerrod is also the drummer and songwriter for a Toronto based rock & roll band, One In The Chamber.
RELATED ARTICLES
carlos santanalive reviewsantana

by Gerrod Harris on October 12, 2020
GIVE THE DRUMMER SOME A CONVERSATION WITH CINDY BLACKMAN SANTANA File Give The Drummer Some under the ‘albums you didn’t hear about but should most [...]
10