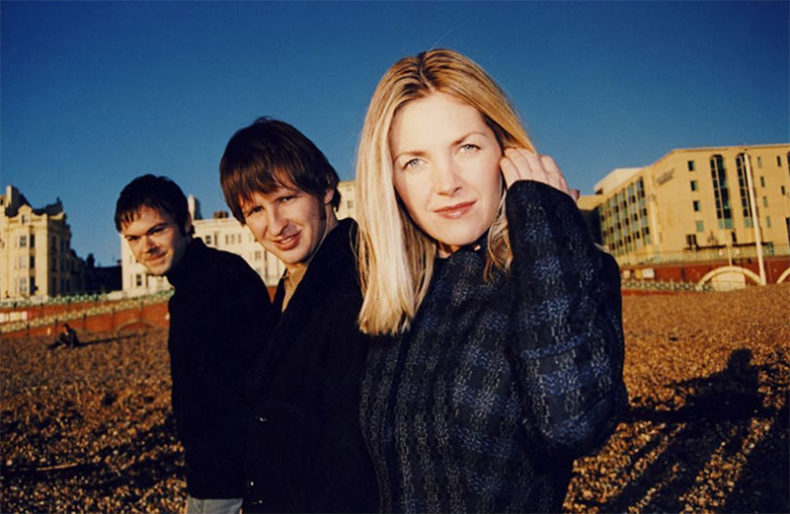 Ever since Foxbase Alpha was released in 1991 I’ve been a huge fan of Saint Etienne. The release of their second album So Tough solidified them as one of my favorite bands. Finally, I was able to see them live for the very first time in Washington D.C. for their Good Humor 20th Anniversary tour. I was very excited to see them but didn’t know what to expect because I’ve only seen fan-recorded live videos on YouTube and usually the audio wasn’t very good.

Saint Etienne toured with a live band, seven piece in all. Sarah Cracknell and Pete Wiggs were on hand with five other musicians including long-standing live member, Debsey. Bob Stanley, unfortunately, was not performing at this show. The set-list contained many of my all-time favorite songs in addition to the whole Good Humor Album, 23 songs in all:

Saint Etienne said Good Humor is an album that translates very well to the “live arena”, and they were 100% correct. The show was impressive. The band was tight, they genuinely enjoyed themselves, and Sarah Cracknell’s voice was stronger and sharper than I expected, given the poor YouTube recordings I’ve seen. The band sounded great from the start and got stronger as they progressed through the album. By the end of the album set, there wasn’t a single person in the crowd that was standing still.

After a 15-minute intermission, they came back out to perform some favourite songs from other albums. The biggest standouts (among many) were “Hug My Soul”, “Like A Motorway”, “Tonight”, and “Only Love Can Break Your Heart”.

Sarah was obviously the highlight of the show. Her warm, genuine, and down-to-earth personality came through clearly as she conversed between songs. She engaged her audience with charm, class and a bit of self-deprecating humor. It’s apparent she doesn’t take herself too seriously and is mostly looking to enjoy herself and entertain her fans. The band equally delivered on the fun quotient, performing with energy and precision you would expect from musicians who love what they do and the music they perform.

The visuals were on-par for a small concert. They appeared to use the house lighting but played custom video backdrops for each song. The videos represented exactly what you would expect, with images of 60’s London, club culture, and clips that helped tell the story of each song.

All-around, I would recommend this live show to any fan of the band and people simply looking to get out and have a great live music experience.

Spill Magazine writers strive to keep our readers up to date with news and events in the music industry. We keep you informed of the most recent information regarding new releases, tour dates, and information items about your favourite artists.
RELATED ARTICLES
live reviewsaint etienne