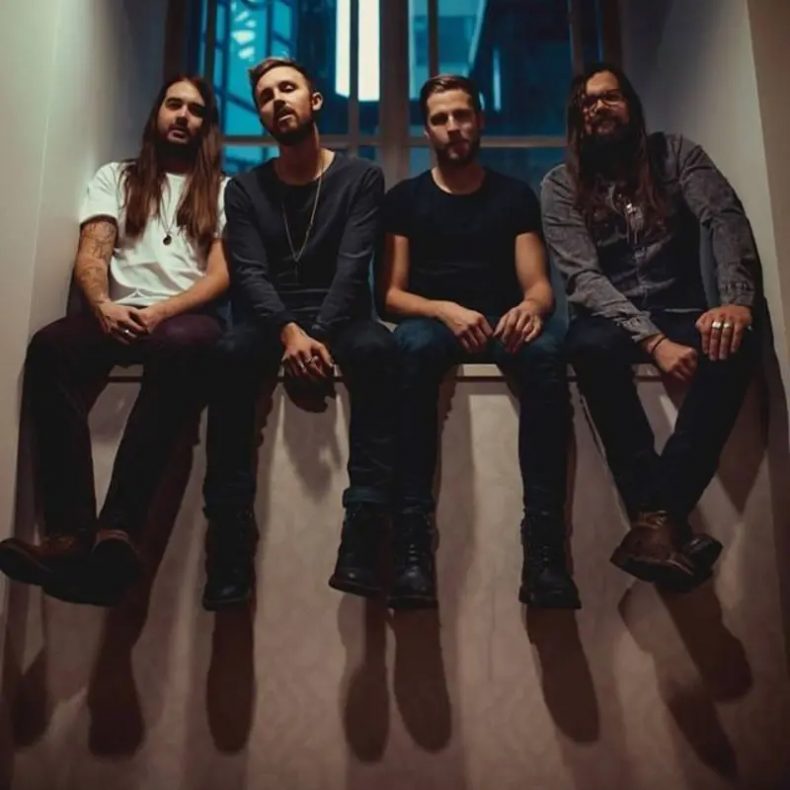 ROYAL TUSK w/ THE ZEALOTS & VIA

The construction work on Hennepin Ave. in Minneapolis is done for the day, but there is still plenty of activity going on downtown. Temperatures were sitting at nearly 90°F (gasp, yes Minnesota is not always a frozen tundra), but the AC was cranked up in the cineplex-turned-event center, Skyway Theatre (Studio B).

Rock’n’roll quartet from Iowa The Zealots started the show off with the catchy guitar riff of “Super Nova” from their Only Rocks Live Foreveralbum, released last year. Vocalist Micah Martin kept the small crowd engaged as guitarist Ryan Housenga and bassist Colton Menke flipped their long hair as they played.All the while, drummer Adam Housenga kept the momentum going.  The energy carried on throughout“In My Head”, “Let Me Know” and “Tangerine Dreams.”

“Can you all help me out with this next song we’re going to do?”, asked Martin as he extended the microphone stand out to gauge the response of the audience. The crowd burst into cheers. “Ok,” he instructed, “when my arm goes up in the air, you give me an uuuhhh!”, he repeated with increasing enthusiasm.  “This song is called “Sledge”.”

As their set was coming to a close, Martin commented “You guys have been so terrific, I want to meet each and every one of you, so let’s party” as he pointed to individuals in the crowd. Pointing to a guy in the front row, he asks “What’s your name son?” “Tony!” the guy replied. “Tony? This next song goes out to Tony cuz he likes to party!” Martin roars. The crowd cheered as they began their last song “Johnny Cashed.” 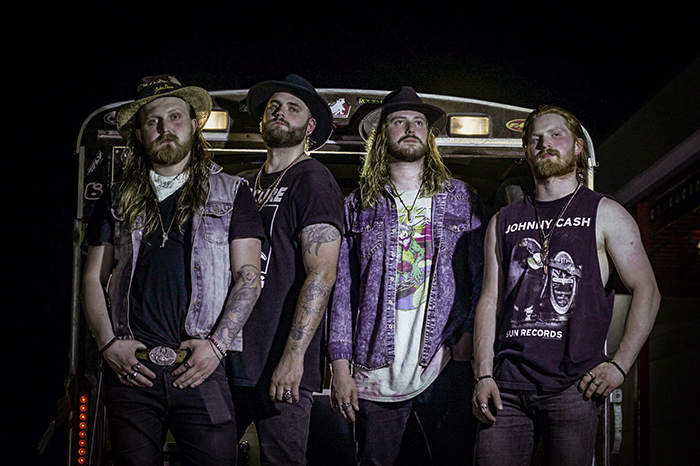 Minneapolis-based band VIA played a seven-song set, bringing a heavy tone as the venue lights changed from yellow, blue, red and green. At onepoint, guitarist Eric Vobejda jumped off the stage and swirled around the crowd in a frenzy.

“It’s been almost five years since we’ve played this place, so we’re honored to be back. Thank you to Skyway and thank you to everybody here,” said Vobejda shortly after. Vocalist/guitarist Jason Tuthillechoed the gratitude before announcing “This next one has been played on radio stations across the country, this is the one that everyone knows the words to, it’s called “Closets.” The crowd was eager to bob their heads and sing along. Tuthill yelled “Get ready for Royal Tusk!” before breaking into their last song of the night, “Porcelain Bitch Princess.”

“I knew tonight was going to be a special night when I heard The Zealots play. How good is it to go on tour and hear a band like that!” Vocalist Daniel Carriere exclaimed. “We love you!’, came a voice from the crowd (which turned out to be a Zealots band member). Soon someone started chanting “Canada!” and the rest of the audience quickly joined in on, putting a smile on vocalist Carriere’s face. The band members were quick to compliment the chanting with an improvised jam to go with it before starting “Stowaway.”

The band paused to acknowledge the shots of tequila that were presented to them by an audience member. Carriere took the time to show appreciation to VIA, exclaiming “What is it with this city, all the bands here are great!” Holding their shots out he said “Cheers y’all.”

The band continued with the high energy, playing their way through songs such as “Die Knowing” and “Northern Town” with the audience singing along with many of them. 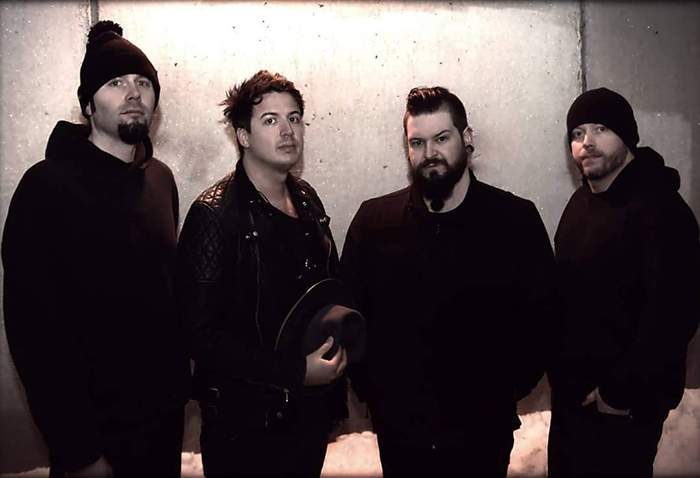 An audience member requested that they play one of their older songs.  “You know, we weren’t going to play it tonight, but…we’re going to play a song called “Fever” for this guy tonight”Carriere gestured to a guy standing up front,and the crowd happily applauded. The band quickly made tuning adjustments to their guitars to accommodate. “Oh man, we just changed the set list…”Carriere said, thinking outloud. He paused. “But we live to serve.”

“We got one more song for you all” Carriere stated, which was met with protests of “two more, five more songs!” from the audience. “Five more?!”,Carriere said in disbelief. He pointed to his arm, “I’d need an IV drip.”   “Shots, then one more!” Someone suggested from the crowd. Carriere shook his head but bassist Sandy McKinnon quickly replied “Ok!”  Shots were passed to the members again. Carriere held out his shot and shook his head “These make it so hard to sing,” he admitted, eyeing the small cup of alcohol. As he brought the cup towards his mouth, a voice from the crowd (turns out it is audience member Tony- ‘who likes to party’) said “I’ll take it!” to which Carriere responded, hand over his heart “Brother, can you save my dignity and put this one down?” Tony was happy to oblige.

The night ended with their popular single “Aftermath.”  Although the crowd was disappointed that the show had come to an end, the band was quick to mingle with them afterwards. It was an excellent way to spend a Friday night: in a room filled with extremely talented musicians, proving that rock’ n’ roll is alive and well.

Trista’s a music addict who’s taste in music spans over numerous genres. She enjoys playing her bass guitar, but honestly she’s not very good at it. So she goes to concerts and watches real musicians who are far more talented than her. You’ll find her there in the front row, because, well, she’s short and wouldn’t be able to see the stage very well otherwise, and because she strives to get the perfect photo to capture the experience.
RELATED ARTICLES
live reviewminneapolisskyway theatre