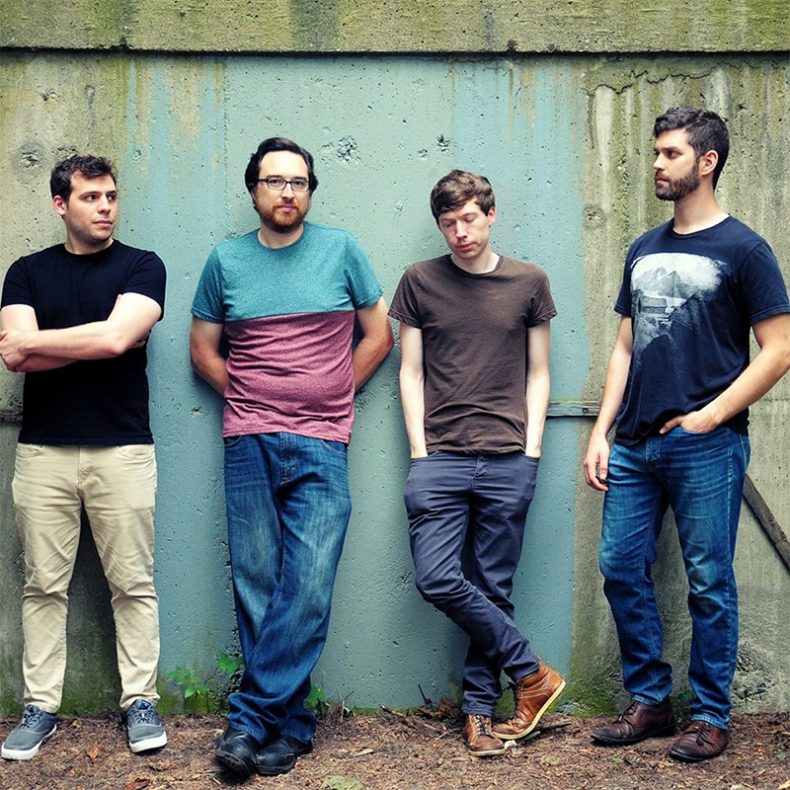 Art-rock quartet Red Nightfall have been lurking in the shadows releasing some great music. If you’re familiar with the indie music scene around The Junction, Toronto, then you’ve probably heard of them or caught them playing. It was quite fitting to see them at the Summer Solstice Festival for that very reason.

The band recently underwent a change in its line-up, with Jason Mclean becoming the lead vocalist and guitarist. Hearing their new material live felt like the start of another fresh chapter for them. The set mainly consisted of unreleased tracks from their upcoming album, aside from the haunting song “Wind Scene” sang by Addison Siemko.

They maintain the same layered sound and attention to detail that they’ve become known for but there is a rawer quality to the new stuff they performed on stage. Mclean’s vocals added an exciting and desperate tone to the performance, culminating in screaming on the track “To Rainbows”.

The Toronto band finished with a piece called “In the Starlight” which memorably starts off with a noisy bassline muddled by delay and distortion peddles. The song contains imagery of despair. “I’m holding on and nothing’s there/losing myself by degrees/and down down/farther down I’m falling/deep into fantasy.” Well thought out lyrics like this clashed beautifully with the sporadic moments performed by the band and it was an awesome track to end the set with.

If you didn’t catch these guys at the Summer Solstice Festival but enjoy emotionally engaging indie rock, keep your eyes peeled for anything Red Nightfall related.

Cory is a film maker and music lover raised in the GTA. Ever since a young age music has been a big part of Cory’s life and he often combined his love for music and film together, creating videos of him and his friends skateboarding to their favourite songs. This trend continues in his life as everything he surrounds himself with is always involved with or inspired by music.
RELATED ARTICLES
live reviewthe junctiontoronto