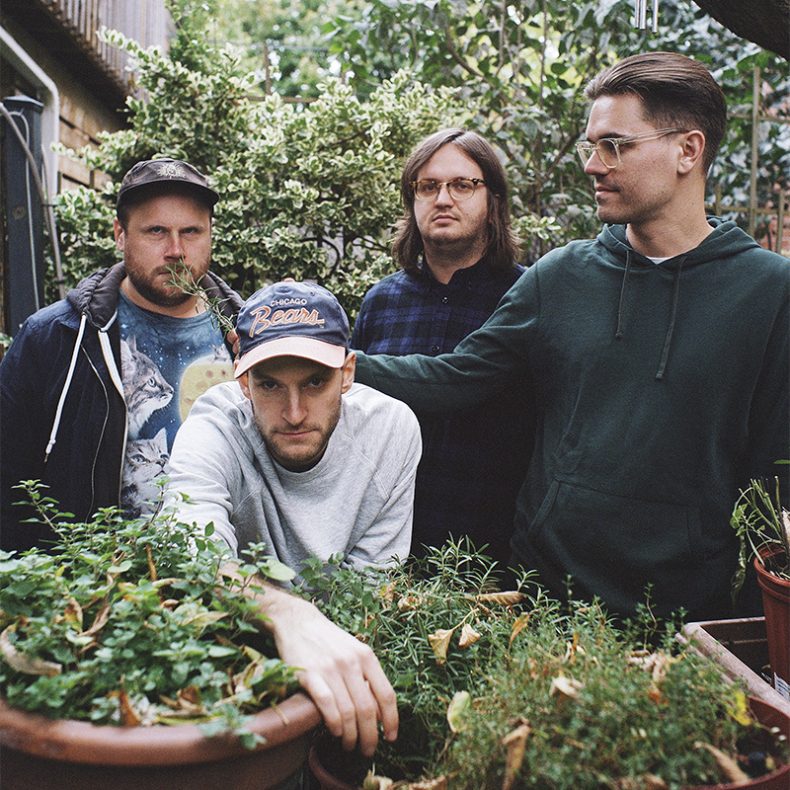 After playing two sold out shows at the Danforth Music Hall only a month ago, PUP returned to Toronto for another stop on their Morbid Stuff Tour-Pocalypse tour. This time around the punks took the stage at Echo Beach under the cool summer night sky, playing their biggest hometown headlining show to date.

PUP bounded ontothe stage with  “Morbid Stuff” and “Kids” from their new LP, Morbid Stuff, which was released earlier this year and has been shortlisted for the 2019 Polaris Music Prize. Behind the four-piece (comprised of Stefan Babcock, Nestor Chumak, Zack Mykula and Steve Sladkowski), a giant video screen sat anchored against the back wall, playing short animations that changed for every song throughout the show.

For the first time on tour, the band treated the crowd to the live debut of “Back Against the Wall,” from their first self-titled album. PUP then dived into a mishmash of tracks from across their discography, including “My Life is Over and I Couldn’t Be Happier,” “See You at Your Funeral” and “Mabu.”

Upon finishing “Sleep in the Heat,” the band paused for a short discussion on the topic of songs written about pets, which bled into a cover of The Weakerthans’ “Plea From a Cat Named Virtute,” a song written from the perspective of a cat. 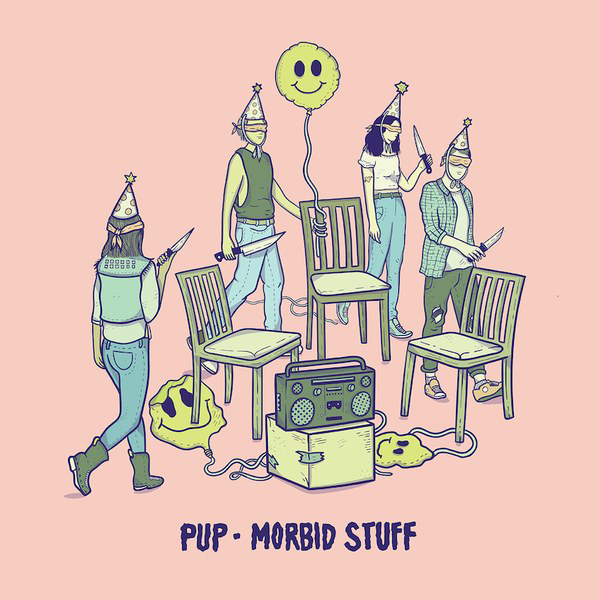 This wouldn’t be the first or last instance of crowd interaction for the night: Early on, when PUP first hit the stage, guitarist Sladkowski’s Lowry jersey inspired an impromptu “Let’s Go Raptors” cheer from the crowd. Later on, frontman Babcock reminded everyone to vote in the upcoming federal election. Energized, the crowd broke out into a “F**k Doug Ford” chant to which the band joined in.

“Scorpion Hill,” “Familiar Patterns” and “Reservoir” were all ferociously let loose in the second half of the show to a lively audience that was singing along to every single song.

Around this point, Babcock jumped into the crowd straddling an inflatable swan during the band’s outro “Full Blown Meltdown”, while a rotating PUP logo inside a pentagram surrounded by flames appeared on stage. Babcock would ride the swan for a minute, maybe two, before losing his footing and slipping into the sea of applauding fans — this description doesn’t even do the moment justice. (You had to be there, man!)

The group then brought out a surprise special guest: Jeff Rosenstock of The Arrogant Sons of Bitches. He joined the band for an explosive performance of his song “Hey Allison!”

Babcock closed the show by explaining the band’s distaste for encores before launching into fan-favourites “If This Tour Doesn’t Kill You, I Will” and “DVP.” As the foursome said their goodbyes and disappeared off stage, the electronic screen above them lit up, spelling out: “Encores are dumb. Thank you for coming. Please go home now.”