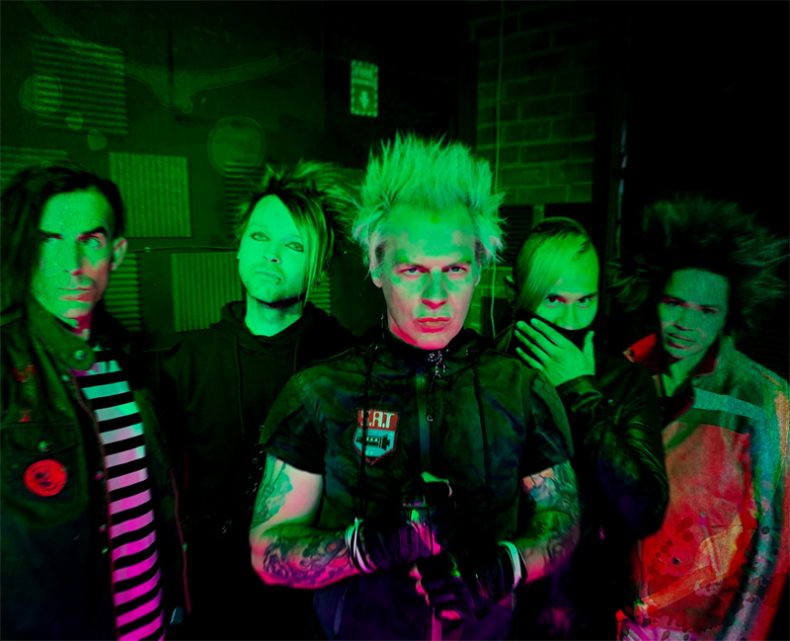 ‘90s Rock/Nu Metal nostalgia was at an all-time high tonight when Adema, (Hed) P.E. and Powerman 5000 took the stage.

(Hed) P.E. got the crowd rowdy with their genre mixing blend of rock, punk, and reggae. Frontman Jared Gomes brought out the melodica for a few numbers. Sprinkling commentary on sex, drugs, and rock ‘n’ roll throughout their set, Gomes certainly appeared to be having a good time. Drummer Jeremiah Stratton twirled his drumsticks as he played, smiling with infectious enthusiasm. Their set-list included some of their most well-known songs such as “Blackout” and “Bartender”, but ones from their latest release Stampede were sparse.

Speaking of enthusiasm, there was no shortage of that during Powerman 5000’s performance. From the very beginning as they entered the dark stage with green lasers mounted on their guitar, the high energy never faltered during the entire performance. Band members jumping in unison provoked the audience to do the same.Bassist Murv’s robotic mannerisms were entertaining and frontman Spider One kept the audience moving, encouraging them to put their fists in the air.

During a medley of songs over the bass riff of The White Stripes’ “Seven Nation Army”, Spider One coaxed the audience to sing along to Billy Idol’s “Rebel Yell”, whom he later jokingly accused of stealing his haircut. The setlist included a nice variety from their 20 plus year discography. Fan favorites “Bombshell” and “When Worlds Collide” really got the crowd moving.

The combination of the bands created a high energy, exciting show. A true celebration of the nu metal genre. The only thing missing was the Surge soda and Jnco jeans.

Trista’s a music addict who’s taste in music spans over numerous genres. She enjoys playing her bass guitar, but honestly she’s not very good at it. So she goes to concerts and watches real musicians who are far more talented than her. You’ll find her there in the front row, because, well, she’s short and wouldn’t be able to see the stage very well otherwise, and because she strives to get the perfect photo to capture the experience.
RELATED ARTICLES
live reviewpowerman 5000