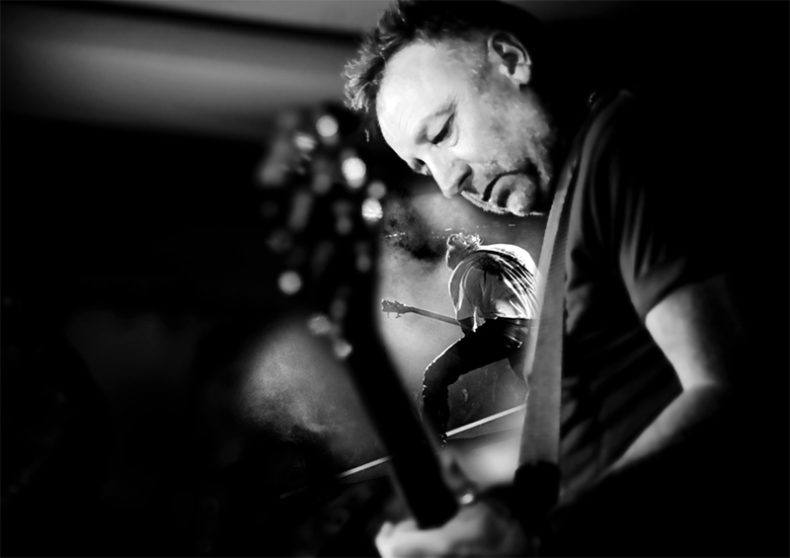 Joy Division/New Order founding member and bassist Peter Hook left New Order in 2007 after a falling out and in 2010 he decided to start his own band – Peter Hook & The Light – to focus on performing Joy Division’s and New Order’s back catalogue much to the chagrin of his former bandmates. The results have been spectacular. On his Toronto tour stop at the Danforth, he mesmerised a packed-house by playing two very important compilation albums (New Order’s “Substance 1987” and Joy Division’s “Substance”) in their entirety and track by track in sequential order.

1986 and 1987 were pivotal years for alternative group New Order. Sure, by 1985 they had already released three albums, two EP’s and a slew of singles including the legendary and ground breaking dance club favourite “Blue Monday” which became the number one-selling 12” record of all time. New Order were already dance club and college radio darlings, and were popular in their home country, the United Kingdom. But the late 80s saw the band move into new territory: stardom in North America and around the world. There were several game-changing developments. Although their fourth LP “Brotherhood” enjoyed only moderate success in 1986 (charting only at #161 in the U.S.), the album’s hit single “Bizarre Love Triangle” shot up to #4 in U.S. dance charts actually surpassing 1983’s iconic “Blue Monday” which peaked at #5. That same year New Order songs appeared on the soundtracks of hit Hollywood films such as “Pretty in Pink” and “Something Wild” giving the band the kind of wide exposure they previously did not enjoy. This culminated in the 1987 release of “Substance 1987”; a double-LP compilation of New Order’s 12” singles, non-album singles and a few re-recorded tracks. It was a perfect complement to their discography and it became the band’s highest selling album ever upon its release. “Substance 1987” is a perfect starting point for anyone wishing to explore the band’s work as the album perfectly chronicles the band’s sound evolution from post-punk/post-Joy Division gloom rock to innovative electronic/synth pop.

New Order’s highly synthesizer-driven rock is meant for the studio and is quite difficult to play live. But Hooky (as Peter Hook is commonly referred as) and his band brought their A game. The audience was reflective of New Order’s legacy. Fans of all ages danced and rejoiced. Then the lights came on and a different vibe was switched on just like that. Hook and his bandmates returned after a brief intermission and proceeded to play Joy Division’s “Substance”. The synthesizers were scarce in this set; Joy Division’s music when played live (in stark contrast to their recordings) is fairly raw post punk, with a menacing bass and crunchy guitar. The lyrics are darker and the atmosphere far gloomier. There wasn’t as much dancing in the audience at this point. It was replaced with intense listening, nodding in approval and taking in the sounds considered timeless and iconic.

Peter Hook & The Light gave Toronto a world-class performance, over 3 hours in length, with boundless energy throughout. This is despite the fact that no one at the venue bothered to turn on any type of ventilation in a music hall packed to capacity, leaving many fans exhausted and overheated. Peter, if you’re reading this, Massey Hall would be a more appropriate venue next time you visit our great city.

The Spill Magazine is a Toronto-based online publication dedicated to covering the independent music scene with a strong focus on our thriving hometown talent. Our writers bring you up-to-date news, in-depth features on musicians and reviews for the latest CD releases. We also travel to the front lines for all local festivals including Canadian Music Week and North by Northeast. Don’t forget to check out our Facebook and Twitter pages for all daily Spill updates.
RELATED ARTICLES
joy divisionlive reviewnew order
8.0