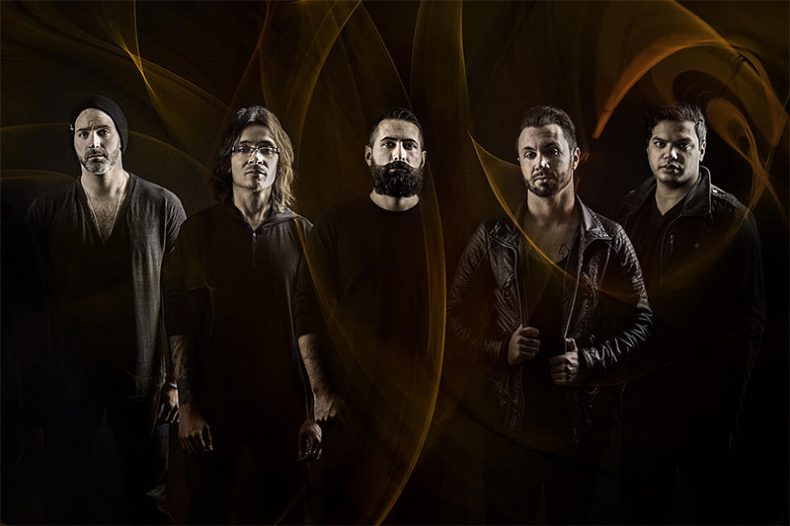 The Skyway Theatre was quite full when Covet took the stage. David Adamiak, the bassist, entered stage-right removed his shoes and stated; “Tom DeLonge (Blink-182, Angels & Airwaves) just confirmed the existence of aliens.” The crowd laughed, and that set the mood. Then the sweet, harmonious sounds of the opener filled the air. Forrest Rice played the drums with enthusiasm and accuracy, playfully interacting with the audience every chance he got. Guitarist Yvette Young strummed and plucked away pleasantly with a style reminiscent of a playing a steel guitar without the slide. Together they wove an audible tapestry that was elegant and soothing. Purely an acoustic, structured, jam session with no vocals throughout the entirety of their set except for the initial statement and a followup to close out the show to the effect of: “When naming Minneapolis was Tiny-apolis or Teenie-apolis considered?” To which the crowd reacted with the number and severity of groans that accompany most dad jokes. Covet was an interesting choice to put before such intense acts as Veil of Maya and Periphery but like the harmony of sweet and savory flavors, it meshed and the audience accepted them and their sound with open arms. Covet was the calm before the storm. I highly recommend Covet if only to experience the definition of “Adventure Rock“ firsthand. 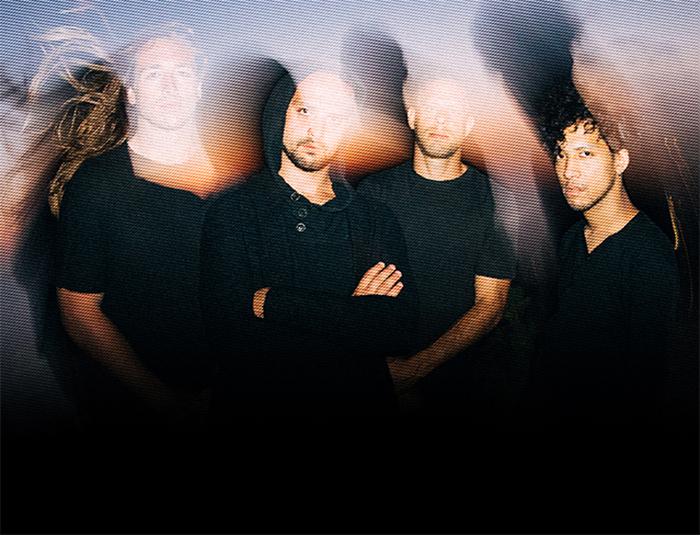 With an enthusiastic and ferocious stage presence, Veil of Maya punched the throttle on the evening to the max. The crowd fed off the band’s energy, and before long a pit formed and crowd-surfing began. Front man Lukas Magyar commanded the audience with ease while Danny Hauser’s fingers danced across the thick strings of his headless bass and he smiled at the crowd, then outstretched his tongue in rock star fashion. Marc Okubo, the guitarist, was incredible!  His precision, energy, and movement made it difficult to look away. The sound coming from Sam Applebaum’s drums was intense. The performance was tight and the technicalities of sound and lighting were on point. When a group has a passion for their craft, it’s difficult to hide. It’s plain to see that the members of Veil of Maya have that passion. These boys came to melt faces and had a hell of a time doing it. 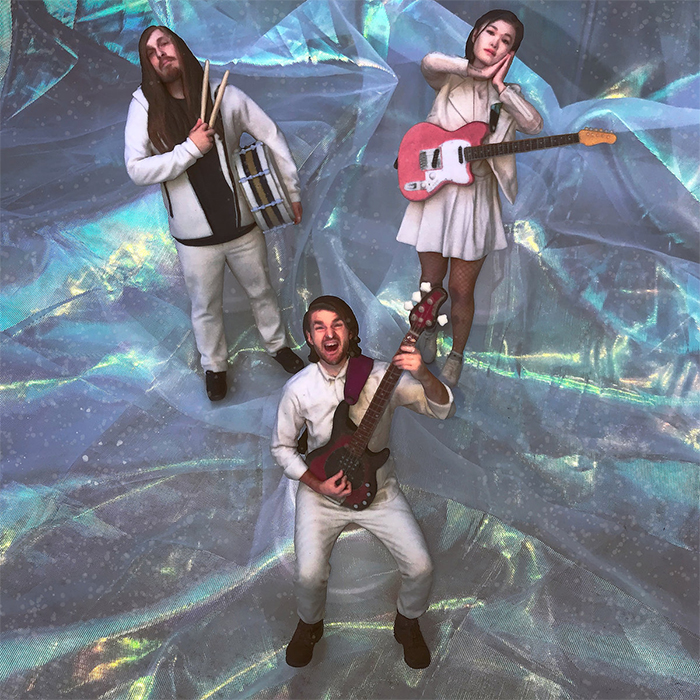 The crowd anxiously awaited the final act of the night. During the intermission, you could overhear fans exchanging stories of their past Periphery experiences, increasing the excitement and anticipation of the night for those who were experiencing Periphery for the first time. The stage went dark, the crowd cheered in un-orchestrated unison and cloaked under the darkness, Periphery took the stage, kicking off their set with the audible and visual spectacle – “Reptile”. Frontman Spencer Sotelo stood perpendicular to the stage, utilizing the energy from the previous acts and the excitement of the crowd. Stage lights projected a reptilian pattern on the band. Three guitarists, Misha Mansoor, Jake Bowen, Mark Holcomb,and no bass player in sight, but despite the missing element, the show went on. The guitarists were visibly in their element. Bouncing from riser to riser and performing on a level of accuracy that is mind-blowing. A single rose with a note attached landed on stage at Sotelo’s feet. Throughout the set, Sotelo explored the stage space to its fullest. From the drum riser where he interacted with Drummer, Matt Halpern, to the speaker and monitor stacks in the back. At times, Sotelo seemed to be everywhere at once. Later, Sotelo referenced a joke from previous shows in which he lovingly referred to this shows host city as “Mini apple tits”. Periphery conducts an audio and visual performance that left the audience begging for more. The show was a tight as the members.

Scott was raised in southern Minnesota, attended the University of Wisconsin – Stout, spent some time abroad and currently resides in Minneapolis, Minnesota with his wife and their two daughters, only son and two dogs. Long time music lover and concert-goer, Scott has attended countless concerts and festivals since 1996. His fondest concert memories include meeting the love of his life at his first music festival. Sneaking into Linkin Park’s first Minnesota show. Hosting the second stage on the Projekt Revolution stop in Somerset in 2004 and pretty much every show he’s attended with his concert cohort, Scott. Yes, there’s two of them! As of late, Scott has started making memories and sharing his love of attending concerts with his children. Shinedown was his oldest daughters’ first show thanks to his cohort, The Interrupters was his youngest daughters’ first show. His son’s first show is still to be determined.
RELATED ARTICLES
live reviewskyway theatre