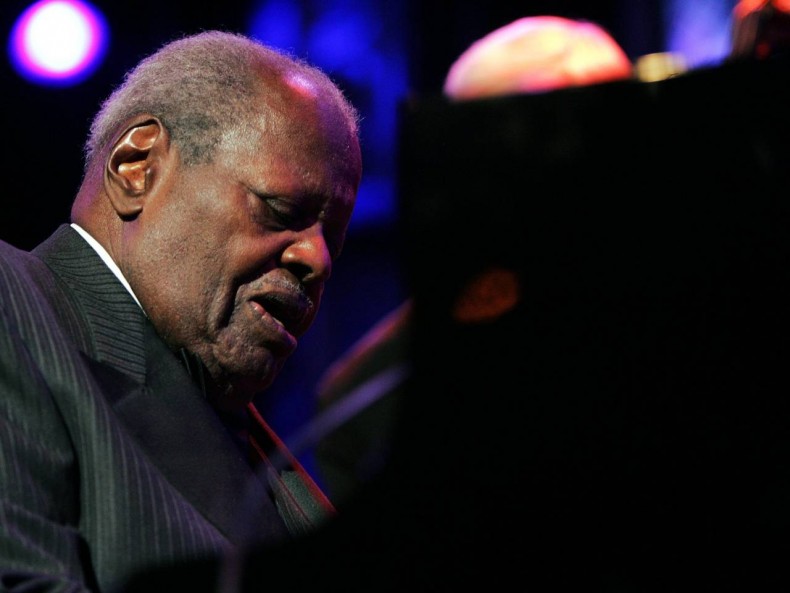 Friday December 11th, 2015 will go down as a very historic moment for Koerner Hall, where they put on a concert to cement the ever-present legacy of the great Canadian jazz legend Oscar Peterson.

This particular concert was a double edged sword of sorts, since it served the dual purpose of unveiling two new exciting initiatives that will further cement the legacy of Oscar for years to come. The first initiative was for Bosendorfer, Oscar’s piano brand of choice, to unveil a signature piano dedicated to Oscar Peterson. This particular brand of piano has only 12 made in the entire world, and it features an electronic initiative where it captures the player piano feel of an Oscar Peterson playing his signature style in your own living room.

The other initiative is for the official release party of the 3CD set “From Oscar With Love”, which involves 17 pianists performing all original compositions never before recorded by Oscar or dedications for Oscar Peterson. The goal of the project is to zero in on Oscar’s work as a stellar composer, and one who is equaled to the greatness of a Duke Ellington or a Thelonious Monk.

Among the many highlights was Robi Botos playing a very stellar blues etude that showed the depth, the swing and the commanding presence that he has on the piano; Bill Charlap and Renee Rosnes doing a stellar and fun take on my favourite Oscar Peterson piece “Sushi”; Robi transforming Oscar Peterson’s classic installment from the Canadiana Suite “Wheatland” into an impressionistic feature reminiscent of Keith Jarrett and Bill Evans; Gerald Clayton bringing the soul and gospel feeling into his style of playing in Oscar’s classic civil rights standard “Hymn To Freedom”; and Benny Green showing off his prodigious swing and command of the piano in his selections for Oscar. Kenny Barron also takes some consistent and maturing turns honouring the legend, and Oliver Jones being his majestic, controlled self along with accompaniment from bassist Dave Young.

In a night honouring a great jazz legend, I wanted to point out some audience observations that made me concerned about the state of how jazz is appreciated in its hometown. In a mostly sold out audience, I noticed that in my age bracket there were only six people in attendance. In another count, I also counted about 5 people of Afro-Canadian descent attending the program. On the CD front, it was a really amazing and valiant effort by Kelly Peterson to put it together independently, since record companies and major labels are shocking oblivious and unwilling to put a tribute together to one of the most important musicians to grace the Canadian cultural landscape.

From the sounds of what I experienced at Koerner Hall, it was a well fitting tribute to one who made many sacrifices and crossed many bounds to get where he had to go in life. Let’s just hope that people young and old will hold on to the great legacy of Oscar Peterson and remember the sheer artistic command and qualities he brought to the jazz canon and bring it into the 21st century and beyond.